Fried chicken food truck Mean Bird has been serving hungry Richmonders for just over a year now, and is already ready to fly the coop-well to a bigger one at least.

Owners Sarah and Mike Moore plan to expand with a takeout restaurant and market in the former StickyToGoGo space at 2227 W. Main St. in the spring.

While they’ve only been around since January of last year, the couple said they are already in need of a bigger operation to satisfy their customers.

“We kind of started to outgrow what we could do as a food truck, we wanted to make some kind of investment whether it was renting commissary space…and we were like there’s no sense in renovating a warehouse space just to ramp up our food truck when just for a little bit more we could have a storefront,” said Mike Moore. 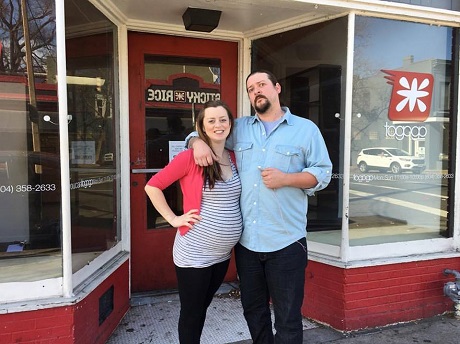 Mean Bird’s food truck serves up fried chicken, vegan fried chicken, known on the menu as “Veggie Bird” which consists of fresh vegetables, whole grains, herbs & seasonings and is battered in coconut milk. They have an ever-rotating menu of sides including Texas caviar, watermelon and sea salt, fried green tomatoes, Cajun fries, and a variety of sauces.

The truck frequents places like Hardywood Park Craft Brewery, Isley, Ardent Craft Ales, and Blue Bee Cider in the winter and bigger events in the summer along with catering for events and weddings.

“Festivals, fairs and we do a lot of food truck courts all over town we go as far out as Colonial Heights,” Mike said. “The breweries are a good fit for the winter time.”

The new restaurant in the Fan will serve as a take-out spot, a market where you can get not only ready-made Mean Bird favorites, but other RVA specialty goodies, along with a few seats for dining in.

“The core {will be} fried chicken…then we’ll do specials, we want to incorporate more of that into our menu, we want to do more sandwiches, we want to do chicken wings, some seafood…,” Mike said. “Now we just rotate a small number of sides, but people will be able to get all their favorites all the time.”

And Mike said they’ve already started talking to local artisans about goods for their market and they are on the hunt for more.

“Specifically stuff that pairs well with fried chicken,” he said. “We’ve been talking to a bunch of pickle makers, sauce makers, spice makers…stuff like that in town. We want to focus on a curated market kind of setting.”

The two leased the space at the beginning of this month, but started scouting out a brick and mortar location around Thanksgiving. 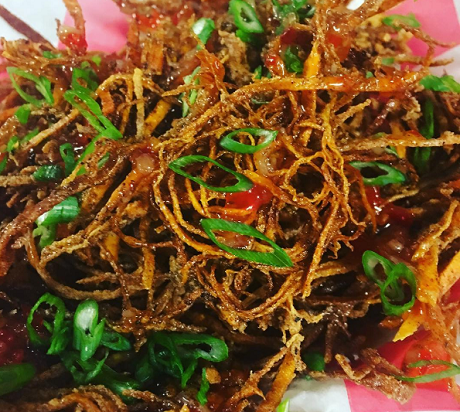 “We looked at a few spaces in the Brookland Park area and a couple others… ,” Mike said. “We started talking to the Sticky Rice people around Christmas.”

This will be the couple’s first foray into restaurant ownership, but they are no strangers to the Richmond restaurant scene. Far from it.

Mike Moore has been working in Richmond restaurants since he was 18. He’s worked at Dot’s Back Inn on and off for 10 years where he was most recently kitchen manager.

Sarah has bartended and managed restaurants since college and was most recently at The Mill On MacArthur, before the two decided to test out their culinary chops in the market.

“We’ve been working in the food industry a long time and decided to do something on our own and it’s been crazy,” Sarah said. “By the end of the year, it kind of felt like we knew what we were doing.” 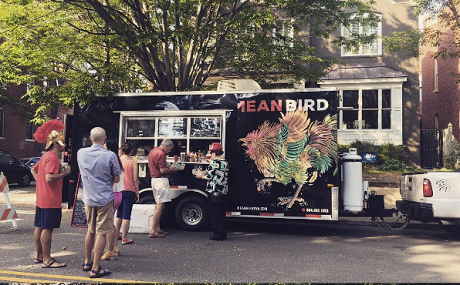 Mean Bird’s Fan storefront will please the late-night Fan bar crowd, those in the area looking for a delicious lunch on break from work, and eventually the early risers.

Mike said they will be open seven days a week from 11 am to 10 pm during the week and until 3 am on the weekends.

“The plan for the future, we’d like to be open for morning and do like chicken biscuits and coffee and stuff like that and be open straight through until late night,” Mike said.

They will scale back a bit on the food truck side of the business except for catering, but they plan to ramp it up again once they get settled in the new place.

“Our hope is by next year we’ll have enough staff where we can run the food truck on a regular schedule and operate the brick and mortar space for long hours,” he said.

Sarah and Mike Moore plan to open their Mean Bird storefront at the end of April. Until then, you can catch them March 26 at Isley Brewing for their “Mean Brunch”.