For Matthew Grimes, growing up in a beautiful old house in Winchester, Virginia, deeply influenced his view of the world.

“When I was younger, I played outside a lot. We were raised in a rather old-fashioned environment,” Grimes said. “We were taught how to hunt and fish, but it wasn’t about what goes up on the wall. It was about the commuting with nature, nature’s lessons that were focused on, as in patience, seeing, listening, getting outside of yourself.”

Through those lessons, Grimes found connection from the natural world to the artistic world through clay, specifically pottery.

“I realized, ‘wow, I can draw, I can paint, I can focus on the surface just as much as the full round entity,’” he said. “The element of fire was always a huge draw. You have control over it, yet at the same time, you almost never have full control over the flame and the alchemy of burning.”

After receiving his BFA in ceramics from James Madison University, Grimes apprenticed at a studio in Nelson County with Kevin Crowe. Grimes never found reason to leave Virginia. “Virginia is just a fantastic state. It’s culturally diverse. He moved up to the Northern Neck, then settled in D.C. His wife, who is Chilean, moved the two of them down to Chile, which is arguably where Grimes’s prime work began. 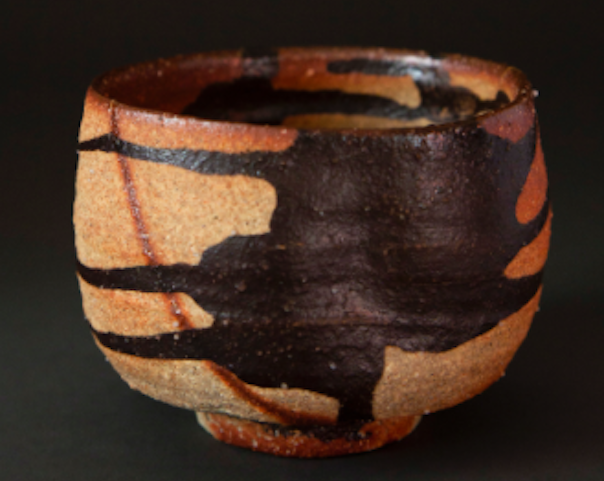 With a background in photography, Grimes photographed his travels throughout Central and South America. “The collage came about within my travels, moving around, or just simply checking out destinations, which quite often happened because of [ex wife’s] work,” said Grimes. “I was finding papers in the streets, and it wasn’t at all about their messages. It was simply just the composition, just the raw color and design and sense of place that they offered.” Thus began Grimes’s work in collage.

Using found objects from his travels, specifically carteles, or street papers, Grimes would mix spray paint, house paint, graffiti markers, billboard paper, and more. His work sparks images of bustling streets, years of wear, tear, weathering, and multiple artists’ work piling on top of one another. Faces, letters, lines, and shapes take up the space beside blocks of color and papers, sometimes with faces staring back. “That slow absorption of the shape, the lines, the volume of an object just gradually makes its way into me, and then is reinterpreted either through clay or nowadays in the collage,” said Grimes.

“You can say there’s a degree of sculpture in the collage. There’s also painting, drawing, additive, subtractive, action. I think that culmination is what drew me into collage and, for the time being, away from ceramics,” he said. Because working with a kiln can often be dependent on how the pieces come out of the fire, Grimes was used to allowing time, nature, and the work itself taking him in the direction it needed to go in.

Receiving the $8,000 professional grant in mixed media from the VMFA Fellowship Program was a huge “shot in the arm” for Grimes. “It helped me realize…in the art scene, there’s no predetermined route. There’s no ladder of succession. It’s not about the monetary gain. It’s just about being able to have the choice to continue to do so,” he said. 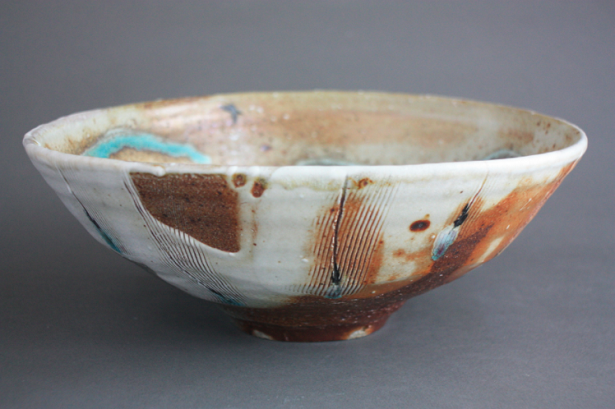 “The world collage has allowed me into, in showing venues and other artists, are completely different from the clay world.” What appealed most to Grimes about receiving this grant was the flexibility of its use.”

“The biggest aspect of that was simply confidence, realizing ‘no matter how I go about this, if I feel good about it, if I’m at the edge of scraping against an idea that’s so far from me that I’m coming away with the tools to push and to realize that this is a good thing. This is real. This is something I can do.’”

A huge, brightly colored creature resembling a jellyfish walks up a beach. A large purple monster vomits endless strands of yarn from what seems to be its mouth. An elephantine, faceless being interrogates a statue. These are the sorts of images you will see in Braxton Congrove‘s art, which the artist intends to be “both a performance and a sculpture.”
END_OF_DOCUMENT_TOKEN_TO_BE_REPLACED

For Remy-Katherine Ciuba, art is often a kind of therapy for personal events in her life.

END_OF_DOCUMENT_TOKEN_TO_BE_REPLACED

The Virginia Museum of Fine Arts has recently announced the latest members of their 2014 annual fellowship grant and John Dombroski has been fortunate enough to be included this year on a professional level.