Swiss muralist BustArt has landed in Richmond, and his latest pop graffiti mural sits at the intersection of E Franklin St and N 18th St in Shockoe Bottom. Searching out a shady spot on the sidewalk during Richmond’s 85-degree heat, he sighed from relief on a break from working the wall.

For the past few weeks, he’s been in Greensboro collaborating mural projects with Richmond’s Nils Westergard. Both have collaborated on multiple large-scale projects in the past — however, BustArt’s pop graffiti style contrasts with Westergard’s hyper-realistic black and white portraits to create a dualistic image. The two styles compliment each other as opposites, combining the playful and approachable with RVA’s famous dark and brooding pieces.

“I’m only here because I lost my passport in Greensboro,” said BustArt, as we chat about creating art in Richmond. Planning to paint his way up to D.C., he commented, “Nils made all these arrangements to get walls for me, so I can make my way up to D.C. to get my new passport.”

Richmond may not have been the original plan, but BustArt said he is glad that he made it to the River City. The other sites he passed in the South have been underwhelming in comparison, and he admires Richmond for its murals.

“It’s always crazy, I like it,” he noted on painting in the U.S. versus Europe. “Way different, bigger.”

Street art in the U.S. is different for the European artist. It’s different, bigger, and even came with a delivery cyclist dropping off a little natural supplement while he painted.

BustArt noted that graffiti on the street often tells the life of the neighborhood. Seeing the youth out being active means something there is alive — there’s a little bit of revolution left in the people’s mind. Saying he saw a little revolution in Richmond, he added that there’s more happening in the U.S. right now than in Switzerland.

“Switzerland is not at all busy,” he said. “Here, I wouldn’t say it’s super busy, but everywhere something is constantly going on. It starts with the crazy cars, to the food places, to all the decoration, to those really old fucked up places, to the super crazy new stuff.” 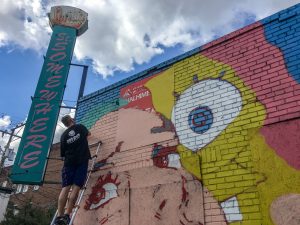 Richmond, he said, is somewhere in between the old and new; the old buildings are appreciated because they’re more fun to paint. He prefers the older structures (largely due to their worn textures), but noted he likes the contrast of the newer buildings along the background in the cityscape.

The E Franklin St wall is part of an older building. When it’s finished, Spongebob, Road Runner, and a 1940s Juliet Jones-inspired female figure will all be staring into the street. Every one of BustArt’s pieces include a pop culture character. For larger projects, he asks the surrounding residents who their favorite cartoon characters are: In Greensboro, a neighbor’s request gave him the subject for his Marvin the Martian wall.

His process: There isn’t one. BustArt chooses his characters and rolls from there.

“Most of the time, I don’t know what I’m doing,” he said. “I plan basics like the characters, but the rest is just totally free style. On the spot.”

The method works, and for the most part, the results are the same.

“I always mix it up really colorful, really poppy, really mixed,” BustArt said. Since he’s been in the U.S., he can’t remember how many murals he has painted. He completes one a day, minus his massive collab piece with Westergard in Greensboro — but even that only took two days.

Keep an eye out for your favorite cartoon characters next time you’re traveling between D.C. and North Carolina. If you can’t find them anywhere, check out BustArt’s Instagram and website. Odds are, they’re nearby somewhere. 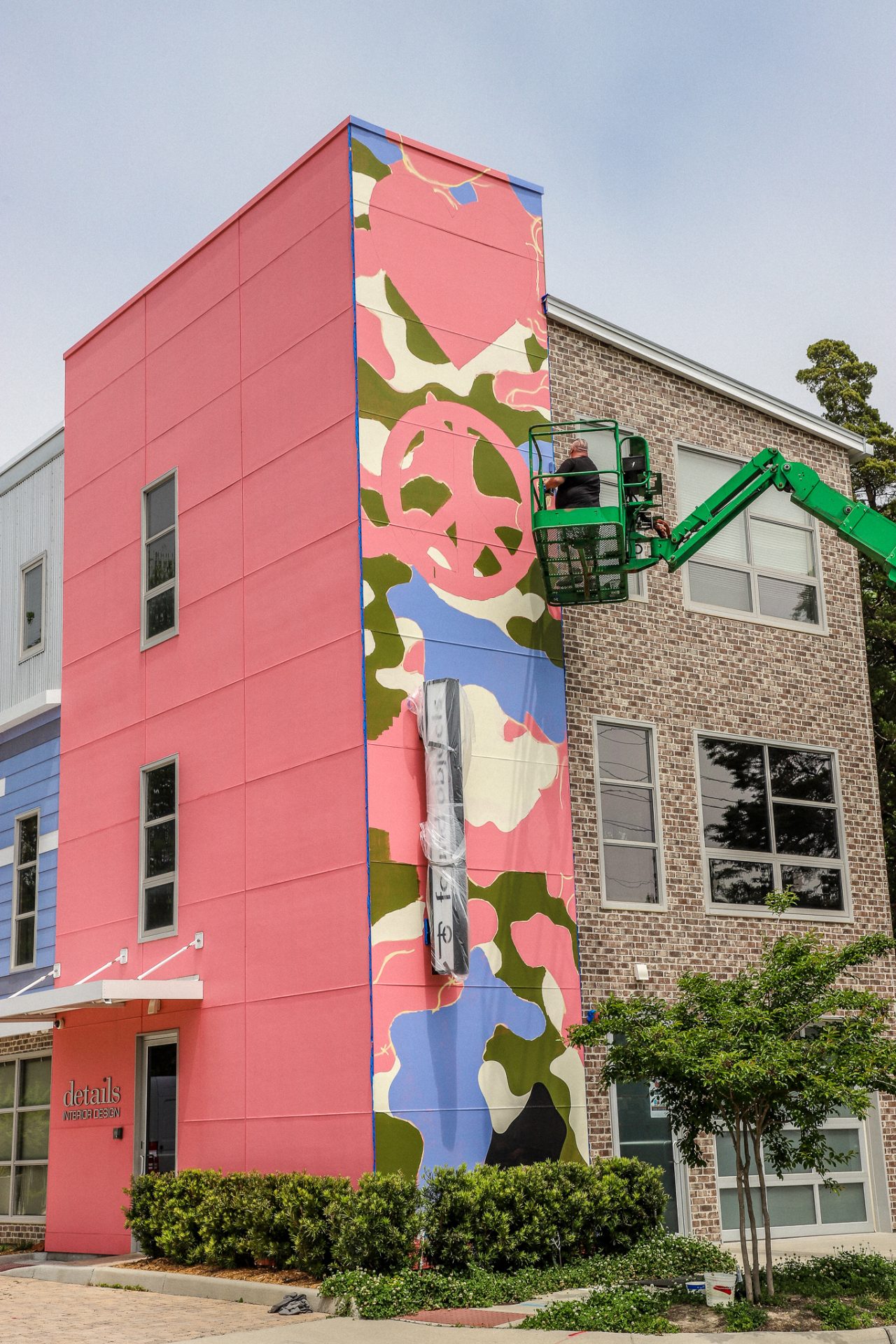