“There can be a commonality in our weakness.”

This statement made by local musician and artist, Chino Amobi, conveys the message of his latest exhibit, “Weak Images” which opened at Sediment Arts Nov. 3.

A Chesterfield native, Amobi has been keeping himself busy, putting out new music, currently pursuing an MFA in Graphic Design at Virginia Commonwealth University, as well as working with the music collective he co-founded known as Non-Worldwide.  His latest exhibit on display at the East Grace Street’s storefront, which is a multimedia installation based on Italian philosopher Giorgio Agamben’s  concept of “Weak Images.” 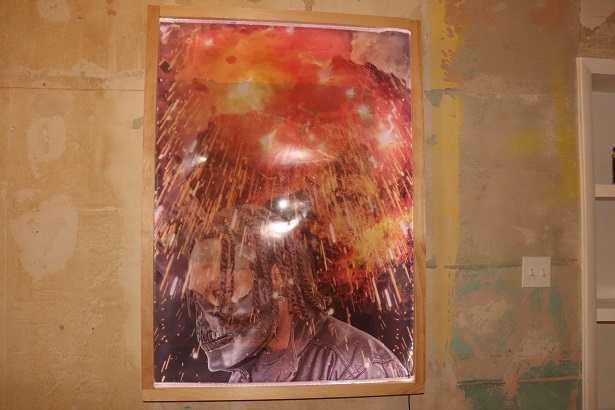 The concept basically explains that upon recognition of the vulnerability of person or object it immediately creates the realm of opening possibility. This realm is Amobi’s playground as his uses the concept of “Weak Images” to tie together his exhibit.

The two prints are the most visually striking and the only conventional works of art in the exhibit. One uses the text “Project Matriarch, Fuck Men”, (top image) which seems to convey a dismissal of the status quo of a patriarch.

While powerful on its own, one would think the two prints don’t seem to coincide with the various other objects that are featured in the exhibit. 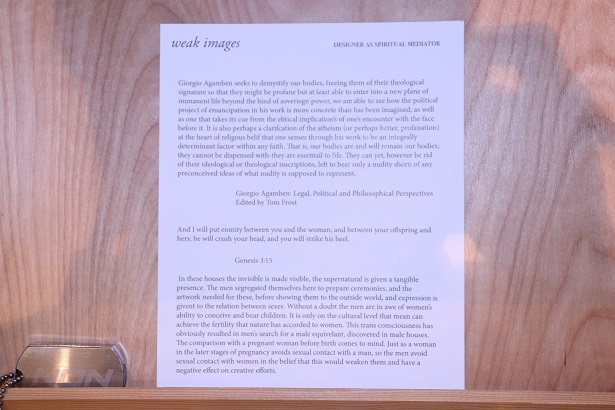 “There is usually a narrative that is supposed to be denoted between all the objects in the room. What I’m thinking about in that space is how all of these pieces/works {are} in connection with each other. Like someone can say, ‘I don’t understand where this is connected with this,’ said Amobi of the exhibit.

“Weak Images'” connection to the skulls and the mummified fetus in the exhibit, reinforces the concept of death in the case of the print, the death of the societal norms perhaps? 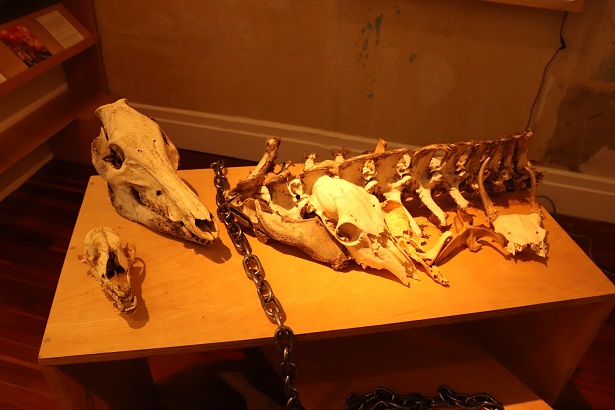 The choice of having the prints resemble movies posters was a conscious one, as Amboi views the seductive nature of cinema capability of drawing an audience. In hopes that these meanings will be transferable to the rest of the exhibit pieces via association.

“What happens when objects have that same effect, how an object in your every day {life} have that effect?” Amobi said. “That’s where it becomes transformative in a way, these things around us have a potential in their impotentiality to make ourselves not only more aware of our own environment but the charge that we can imbue into our own environment.”

This transformative nature is also conveyed by using the storefront space as a gallery.

“Sometimes galleries can be super inaccessible, but thinking about things as a storefront opens it up as it functions in a different way than an unapproachable gallery,” he said. “There is more room for conceptual interaction whether that be through installation, music performance…” 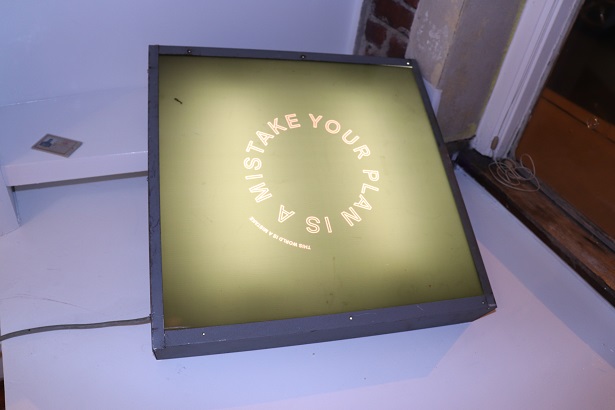 Amobi’s hopes for this exhibit is the same message he tries to convey through his music.

“What I want the audience to do is walk in and see this {as} a highly constructed space and feel empowered to do this with their own environment,” he said. “To create meaning and culture and examine culture throughout what is around them.”

“Weak Images” will be on display at Sediment Arts through Nov. 19. And be sure to check out a live performance by Chino Amobi accompanying his art on Fri. Nov. 17 at the gallery at 8:30 pm.