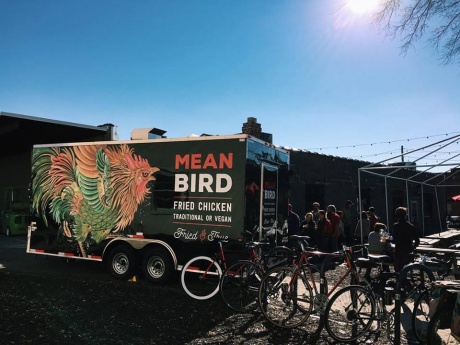 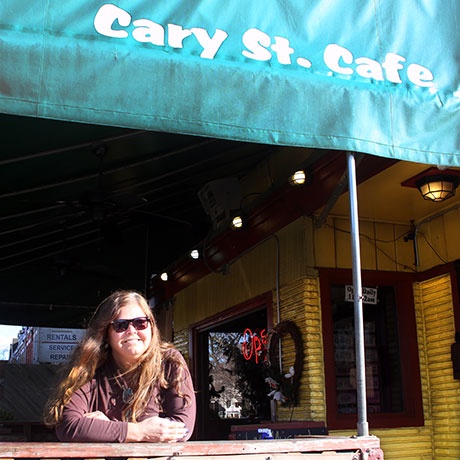 You may recognize the name Willie Byrd. You may have seen their colorful, eye-catching labels in local markets and stores around town, or like us, you may have had the pleasure of tasting their sweet and decadent chocolate sauce that started out an as just a beloved old family recipe.

The local business, run by Scottie Phillips, her mother Ann and sister Helen, have been selling four kinds of chocolate sauces for the last three years based on the recipe by Phillips’ grandfather Willie Byrd, which was given to them after he passed away in 1994.

“My mom at the time had been helping my grandmother and my grandmother asked if she could so something nice to say thank you for helping,” Phillips said. “She said, ‘I’d really like dad’s chocolate sauce recipe.’ That’s how we started, having some fun making some chocolate.”

A few months later, Phillips’ grandmother found the recipe scribbled on a scrap piece of paper and they’ve been churning it out ever since the 90s for family.

It wasn’t until about 10 years ago when Phillips started making batches and sending it to her children’s school as a thank you to their teachers that they realized they might have a marketable product on their hands. “Both of my kids went to New Community School, which is a school for kids with dyslexia and they have a lot of teachers, they have individual teachers for everything,” she said. “It came Christmas time, and I wanted to do something nice for 15 to 20 people to say thank you.”

After receiving multiple notes from teachers who couldn’t get enough of the sauce, Phillips began making it in batches for them with the same response every year.

“We thought, ‘that’s so weird, do people really like it that much?’,” said Phillips. “Then we started looking around and we did some informal taste tests and found that yes, we did stand up taste-wise to other ones that were already on the shelves and we decided to go for it.”

From there, and after burdening their friends and family with trying the sauce (tough job), Phillips, her mom and sister took their sauce to market to test it out on the public.

Libbie Market was the first store to sell Willie Byrd’s Chocolate Sauce, which was very successful.

“It came together so nicely and so quickly,” she said. “Getting it into stores we were so lucky…Our friends supported us and went to buy it and it just kind of caught on. We’ve done very well.” 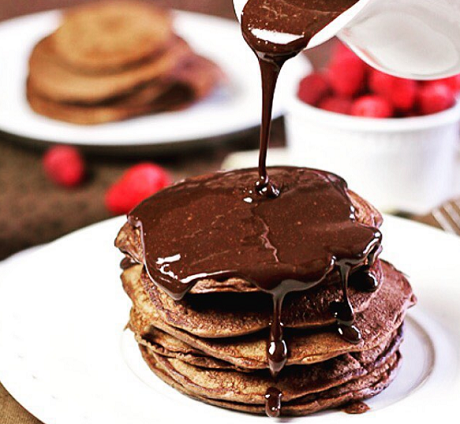 Willie Byrd sells four varieties of chocolate sauce including Dark, Espresso, Peppermint and Sea Salt Caramel. Besides Libbie Market, the sauce is sold in Ellwood Thompson’s, Whole Foods, For the Love of Chocolate and Stella’s Grocery locally as well as 35 stores across Virginia and a few in Atlanta.

Since they have other jobs and her mother is retired, Phillips said they enlisted the help of a manufacturer to keep them from having to deal with the major logistical aspects. They sourced Virginia Beach-based manufacturer Asburn Sauce Company who also makes Crabby Mary’s Bloody Mary Mix, cocktail Sauce, Carolina Reaper Hot Sauce, BBQ sauces, fruit punches, chutney and more to help to get their product out there.

“We didn’t want to take on mixing it up in big batches,” she said.

And while we will leave it up to the reader to do what they will with this thick and rich sauce, Phillips recommended to put it on sundaes, in coffee, pair it with cheese, or just eat it right out of the jar with a spoon which Phillips said is exactly how her grandfather used to eat it.

Although this chocolate sauce has been a staple in her house for years now and flourished into a profitable business, Phillips said it’s not something she had the luxury of eating regularly growing up.

“He was not a big sharer, and he would literally hide it in the corner cupboard with a silver spoon beside it and if you were lucky you got some when we went over for dinner,” she said, referring to her grandfather. “That’s why we call it, ‘hide unless willing to share.’”

Her grandfather’s original recipe has changed slightly since was passed down according to Phillips.

“He was making it with grocery store baker’s chocolate,” she said. “We use a Belgian chocolate now, it’s a really clean, really delicious chocolate and that makes a huge difference.”

Phillips said they’re currently working on a couple other recipes that they hope to roll out this fall.

For now, Willie Byrd is aiming to get a few more stores on the East Coast to expand the business and gain a bigger presence in the market, but in the meantime, get yourself a spoon and dive into this rich chocolately jar of heaven. You won’t be disappointed. You can also follow them on Facebook for recipes and events.