These reviews were originally printed in RVA #32 Spring 2018, you can check out the issue HERE or pick it up around Richmond now.

In a world that focuses on stardom, split albums are a decidedly underground phenomenon. Instead of elevating a particular artist above all others, they emphasize the community that exists within particular scenes. This split sees two Virginia bands participating in what’s become a strong tradition in the world of metal, and coming up with very different results. Windhand’s first release in three years gives us the first taste of the band’s new slimmed-down single-guitar lineup. However, those who fear a corresponding loss in sonic power can lay those fears to rest — Windhand’s sludgy riffs still pack a hell of a wallop, and pair perfectly with singer Dorthia Cottrell’s witchy tones. They may have given us a bit too much of a good thing, though. At 14 minutes, the second of their two tracks, “Three Sisters,” is several minutes longer than Satan’s Satyrs’ entire side. While the spooky organ textures are an excellent touch, the song’s sludgy, repetitive riffs don’t quite justify its length. NoVA shredders Satan’s Satyrs start out well on the other side with a couple of killer biker-metal tunes Fu Manchu wishes they could’ve written. But they wear out their own welcome with the over-the-top goof “Ain’t That Lovin’ You, Baby,” which ends their side by reminding us all of the stupidest songs on early 70s proto-metal albums. Rattle your windows with this one — just be prepared to reach for the skip button a couple of times. (MN)

With Moonchild, Kenneka Cook has taken an impressive step forward, bridging the sonic space between her start as a solo performer and a fuller sound bringing in contributions from some of the city’s finest players. Beat-driven moments combine with traditional jazz instrumentation under a single, cosmic vision, firmly establishing Cook’s voice as one of the most promising in recent memory. (DJ)

Historian is Dacus’ second consecutive triumph of directness, insight, and vocal excellence. Throughout, she explores change, strained relationships, and the friction between emotional and physical spaces: being told to stay indoors, a small town’s charm wearing off, disassociating the body and the self. Several tracks boil over, with arrangements that, together with Dacus’ singing, pack a powerful cathartic punch. (DJ)

Imagine Peripheral Vision-era Turnover meets Man Overboard — good to some, bad to others. Personally, I couldn’t help but bounce my head while listening to it. The soothing yet intricate instrumentals make for accessible music that offers a twist on beloved classic genres while also making the band distinguishable and refreshing. (SR)

After All This Time

Released in December after a six-year gestation period, After All This Time plays like a true double album, with 19 tracks and an hour and a half of guitars and twang. The album’s beauty lies in that sprawl — in the extended song running times, the stylistic variation, and how multiple songwriters and singers have opportunities to take center stage. (DJ)

A surprise project from 2 of RVA’s finest along with Hampton Roads beatsmith J Clyde. Over legendary Better Beat Bureau member Clyde’s tracks, Gallo’s always-consistent flow is complemented by Cole Hicks’ equal lyricism. This is a must-listen for any hip hop head. (HH)

Hard To Be King

Michael Millions comes through with an outstanding project that takes you through the South Side, with production and lyrical content to match any mood you may be in during the day. This early contender for record of the year is an experience that we all need to take notice of. (HH)

Richmond bred another pop-punk band. They speak of relatable feelings and situations based on their lyrics — but sadly, their sound does not hold up through the entire album. I found myself becoming quickly bored by a musical style that I have heard from many bands before. (SR) 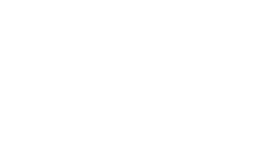