Evan Draim’s GayRVA column “This Midterm Election, LGBTQ Voters Should Give Republicans a Chance” completely misses what’s at stake for LGBTQ people in this election cycle. From health care access to economic security, Democrats on the ballot in Virginia are on the right side of the issues, making them the clear choice for LGBTQ people and those who love us.

The highest ranks of our federal government have made LGBTQ people the explicit target of politically-motivated regulatory attacks. On November 6, we must elect champions for equality who will fight like hell for our civil rights in Congress.

The contrast between candidates on the ballot could not be sharper. Democratic U.S. Senator Tim Kaine is an outspoken advocate for equality who introduced federal legislation to end housing discrimination against LGBTQ people. His Republican opponent Corey Stewart sought out and earned the endorsement of an extremely anti-gay special interest group; he even voted against declaring June as Pride Month in Prince William County.

Republican Congressman Dave Brat (VA-07) opposes marriage equality and GOP 4th Congressional District Candidate Ryan McAdams is so conservative that he earned a visit from Vice President Mike Pence himself. On the other hand, Democratic Congressman Donald McEachin (VA-04) is a longtime advocate for LGBTQ rights, who earned Equality Virginia’s OUTstanding Virginian award in 2017. And when elected, 7thCongressional District Democratic nominee Abigail Spanberger will fight to protect LGBTQ rights, including our right to serve in our country’s military freely and proudly.

LGBTQ Virginians bring our whole selves to the ballot box and our intersecting identities – economic status, race, immigration status – drive our decisions when selecting candidates to represent us. Senator Kaine and our Democratic congressional candidates are committed to a progressive agenda that works for all of us. Democrats led the way to a more affordable and accessible healthcare system through the Affordable Care Act and eventually Medicaid Expansion here in the Commonwealth. Republicans Stewart, Brat and McAdams all want to see the ACA – which created affordable health insurance coverage for 400,000 Virginians – repealed.

After nationally-known shootings at Virginia Tech and Pulse Night Club, LGBTQ people in Virginia have an unfortunately intimate connection to gun violence. Despite voters flocking to support March for Our Lives and the Pride Fund to End Gun Violence, each and every Republican on the ballot sides with the NRA.

We need real elected officials in Washington, DC, who will lead with moral courage and fight for every person’s rights. Stewart and his Republican ticketmates will continue to be complicit with the Trump-Pence administration’s efforts to protect rights for the wealthy few.

LGBTQ people can’t afford to give Republicans a chance because these elections have tremendous consequences. For example, the ultimate Supreme Court marriage equality decision on June 26, 2015 that brought Evan, me and LGBTQ people across this nation to tears was made possible because Virginia’s Democratic Attorney General Mark Herring refused to defend the Commonwealth’s unconstitutional ban on same-sex marriage. A position his Republican predecessor Ken Cuccinelli refused to take.

Our vote is powerful. On November 6, 2018, lovers of equality should cast their ballots for Democrats.

Note: Op-Eds are contributions from guest writers and do not reflect the editorial opinion of RVA Mag or GayRVA.

Believe it or not, the Virginia gubernatorial election is just a few days away. The race between Democrat Ralph Northam and Republican Ed Gillespie has been a tumultuous one, to put it very lightly.

The President Trump-supported Gillespie campaign has run attack ads that claim Northam’s vote against a sanctuary city ban in February contributes negatively to the safety of Virginia by letting “dangerous illegal immigrants back on the street, increasing the threat of MS 13.” (Note: On Wednesday, Northam stated that he opposes sanctuary cities, in a move that perplexed most observers.) Additionally, Gillespie has made the promise of economic growth and job creation a core aspect of his campaign.

Meanwhile, the Democrats have been seeking to energize their base by inviting President Obama to a Northam rally, and most recently hosting an event in Scott’s Addition featuring Senator Kamala Harris and former Attorney General Eric Holder. The campaign has also been emphasising Gillespie’s ties to white nationalism, sending mailers that directly link the Republican candidate to President Trump and the white supremacist rally in Charlottesville.

That’s not even mentioning the recent advertisement released by Latino Victory Fund showing a Confederate flag-flying truck with a Gillespie campaign sticker chasing minority children. While the ad was not produced by the Northam campaign, it was still met with heavy conservative backlash against the candidate.

The gap between the candidates has been tightening into single digits in recent polling. It isn’t much of a stretch to predict that this race will be a close one, and with both candidates differing on social issues such as reproductive rights, gun control, Medicaid expansion, and LGBTQ rights, the results of this race are bound to affect the lives of the majority of Virginians, especially those in marginalized communities.

College students are an important yet commonly overlooked part of the voter base. Democrat-aligned group NextGen America, however, is going so far as to obtain the contact information of more than 30,000 Virginia Commonwealth University (VCU) students and sending them text messages encouraging them to vote for Northam.

With the tension surrounding the gubernatorial election, RVA Mag  decided to ask a variety of VCU students who they are voting for, and how they feel about the election as a whole.

Elias Hakim, a junior majoring in political science and a member of the Young Democrats at VCU, said he hopes Virginia chooses Northam over the bigotry and divisiveness he claims Gillespie represents.

“It has been very upsetting for me to see Ed Gillespie, who has marketed himself in the past as a moderate Republican, taking notes from Trump’s playbook by running a race-baiting and fear mongering campaign,” Hakim said. “I am cautiously optimistic for Ralph Northam, but I think that 2016 taught us all a very important lesson about predicting elections, and Democrats can’t afford to act complacently.”

Hakim said the national attention on this election has been exciting to him, claiming that many people see this election as a referendum in response to the election of President Trump.

“We have a choice to either follow the federal government down a path of bigotry and divisiveness, or we can continue to make progress as a Commonwealth despite what is going on at the national level,” Hakim said. “I’m hoping that Virginians choose the latter.”

A member of the College Republicans at VCU, who stated they were only allowed to speak as an organization and therefore remained unnamed, cites Gillespie’s economic plans as a major reason why they support him.

“Virginia is currently 39th out of 50 states economic growth,” the member said. “Knowing this, Gillespie is cutting back regulations and taxes that have stunted Virginia’s growth for a while.” The member went on to say, “As conservatives, we believe these changes will bring great prosperity and increased productivity to the state. He has also pledged to address problems such as the opioid epidemic and rising student debt.”

The member also criticizes Northam’s campaign, claiming the that candidate has only focused on the wealthier areas of Virginia.

“Ed Gillespie has visited every corner of Virginia, while Ralph Northam has stayed tied to his affluent donor base in Northern Virginia,” the member said.

Patrick Miller, a graduate student in VCU’s school of education and a member of the Young Democratic Socialists at VCU, said that he’s voting for Northam but is frustrated about the election as a whole.

“Northam is an uninspiring Democrat hack who happens to look good compared to someone as ghoulish as Gillespie,” Miller said. “I would not be surprised if the latter were to win, though I hope for the sake of my queer, femme, and undocumented comrades he doesn’t.”

Miller criticizes Northam’s environmental policies, and wishes the candidate would be more vocal about some of his more left-leaning labor policies.

“Northam’s environmental policy and pro-pipeline stance are frustrating to me, as is the way his moderate base scoffs at this frustration and considers it a ‘purity test,’” Miller said. “I wish Northam had gone after Gillespie for using racial dog whistles in his rhetoric far earlier than now, and that he could be more forthcoming about his anti-right to work stance and pro-$15/hr minimum wage stance.” 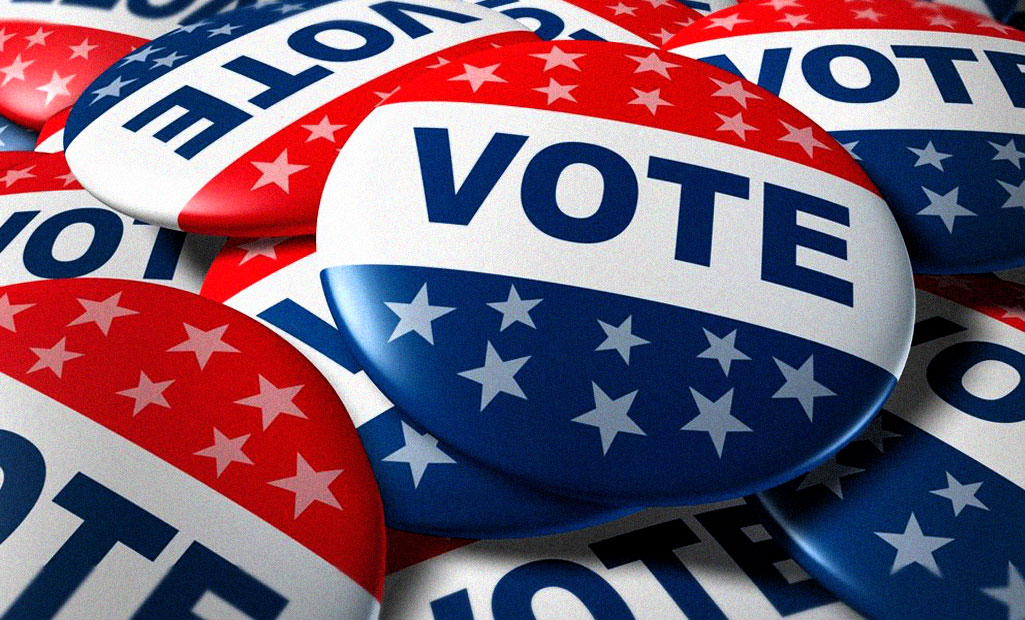 While these students are aware of the issues and the importance of this election, they unfortunately are not representative of all the students at VCU. RVA Mag walked around campus asking students what they knew about the election. Many of the responses were disheartening. One student was surprised by the terminology, stating, “You definitely just made up the word gubernatorial.”

Another wasn’t even sure when the election was, stating, “I heard something about that, I think I heard it’s on Tuesday.” Almost as if the election was a rumor floating around.

While some may wish the current political climate was only a rumor, it is a reality. It should go without saying that this election is critically important and that more students need to be aware. As a state university with the third largest student body in the Commonwealth, it’s depressing that some students know so little.

“I know the Democrat is Northman or something like that. Is there even a Republican candidate?”

These students’ obliviousness to next week’s election was not reflective of everyone spoken to. However, few knew much more than the candidates’ names and party affiliations. When we asked students if they were planning on voting next Tuesday many responded with, “Yeah, if I have time.” …meaning no, they will not.

Next Tuesday, all eyes will be on Virginia, and when these students don’t show up at the polls, they will be sacrificing their voice in the democratic process. If Gillespie wins and this liberal student body hits the streets in protest, you can bet those uninformed, non-voting students will be out there chanting, too.

*Caitlin Barbieri contributed to this report.