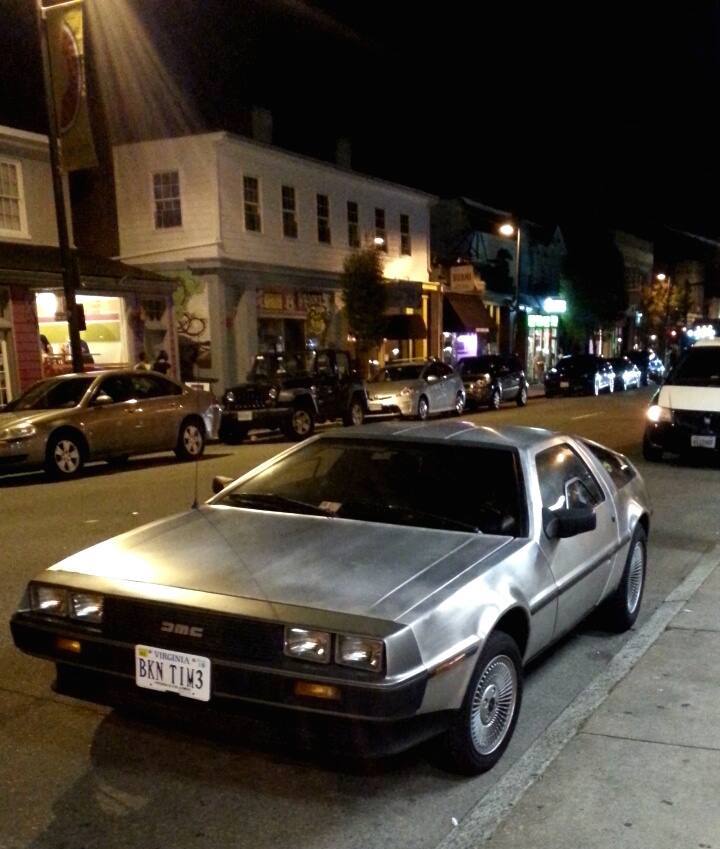 The time circuits have been turned on, the flux capacitor is fluxing, and the engine has been turned on. Get in your Delorean or use your Hoverboard to travel back in time for the 30th anniversary showing of Back to the Future this Friday, September 11th at the Byrd Theatre, for their Byrd and a Beer midnight movies.

This is a perfect opportunity to see the much beloved film in a classic cinema setting, while sipping on a local craft brew, courtesy of Center of the Universe Brewing Company. The Byrd and a Beer event is 21 and up only. Proper ID is required for admittance.

Tickets may be pre-purchased online at http://byrdtheatrefoundation.org/ for only $5. A limited number of tickets will be sold at the box office before the show and are $7. Previous Byrd and a Beer nights sold out, so attendees are strongly encouraged to pre-buy their tickets online. All ticket, beer and concession sales are cash only. There is an ATM located in the Theatre’s lobby for your convenience.

Purchased beverages can be taken into the theatre, so don’t worry about hiding it in your friend’s backpack. However, this event is not BYOB, so please don’t bring your own beer or snacks into the theatre. Center of the Universe Ray Ray’s Pale Ale, Chin Music Lager, and Main St. Ale will be sold, $5 per can. Last call will be at 1:30 AM, regardless of movie run time. Great Scott!

The box office will open at 11:30 p.m. Doors open promptly after the previous show’s release, with the movie starting at midnight. While waiting in line you are invited to gawk at a Delorean that will be sitting outside the theatre for one night only! Unfortunately it does not come with a Flux Capacitor and cannot go back in time, but hey it’s a Delorean and I’m sure it can go up to 88mph, and it’s definitely not a weather experiment. BTTF fans will appreciate it nonetheless.

Proceeds from both ticket and beer sales go to support the Byrd Theatre Foundation and their vision to elevate the Byrd’s landmark position as a Center for Film, which continues to provide the broadest possible public access to exceptional cinematic experiences. Byrd and a Beer is a special event giving fans the nostalgia of seeing their favorite movies, back on the big screen, and creating an experience that is unique to the Byrd Theatre. (Press Release)

The Byrd Theatre would like to disclaim that while tickets are considered a charitable contribution, they estimate the price equal to its fair market value. For federal income tax purposes, this nets zero and is not considered tax deductible.

This event will be co-sponsored by both XL102 and Center of the Universe Brewing Company. So make like a tree and buy tickets for the 30th anniversary showing of Back to the Future, this Friday at midnight. It’s your density, I mean your destiny.