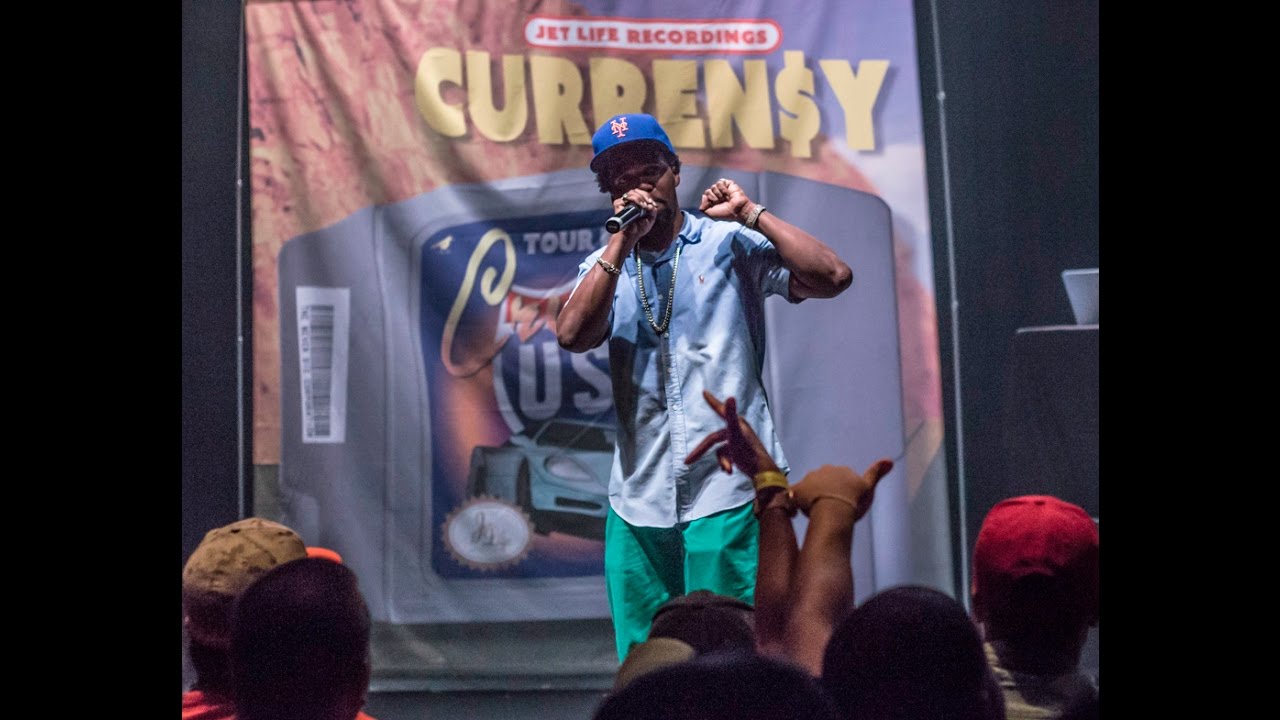 RICHMOND, Va. May 19th – Curren$y and the Jet Life crew pulled up to RVA’s historic gem The National marking the 7th stop on his 30 date Cruis’n USA Tour.

RICHMOND, Va. May 19th – Curren$y and the Jet Life crew pulled up to RVA’s historic gem The National marking the 7th stop on his 30 date Cruis’n USA Tour. Spitta would be meet with a packed house full of dedicated “Jet Lifers” burning paper planes and rapping along to every lyric of his hour and a half set. Spitta’s performance would feature a good blend of mixtape classics such as “Twistin Stank” and popular album singles like “King Kong” and “Jet Life” in addition to some of his usual on-stage antics. At the end of his last song, much to the dismay of his bodyguard, Curren$y climbed into the sea of fans and began his own guerrilla meet and greet.

Read our full coverage of the show HERE.