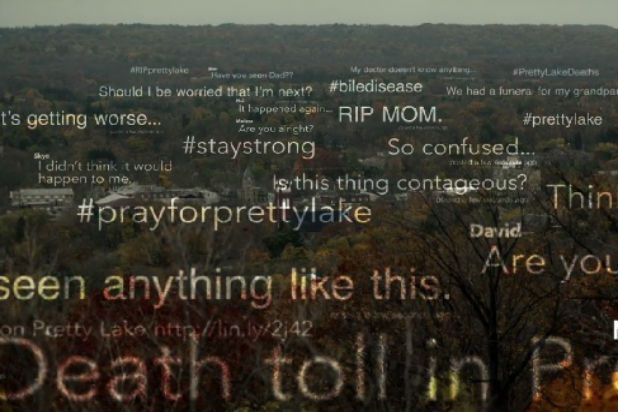 Everyone over the age of 21 dies in new Netflix series

Netflix continues to shoot out new content like a college sophomore with her first juicer – “The first juice I made was great, now I just juice everything!” says Netflix as it pours cinematic-zucchini

Netflix continues to shoot out new content like a college sophomore with her first juicer – “The first juice I made was great, now I just juice everything!” says Netflix as it pours cinematic-zucchini, apples, and kale down its in house production-juice shoot.

Sorry, I’m running out of metaphors and I’m taking my first vacation since Christmas tomorrow.

Anywho, Netflix has a new show coming out this month which they seemed to keep under wraps until now, Between.

A small town in rural everywhere US falls victim to a deadly breakout of a disease which only kills those over the age of 21. In a plot device not-at-all like so many recent YA novels, a group of young adults must take care of their friends and family while the US government quarantines them in.

Medical drama, teen-girl tears, and mudd’n with guns to show you’re really an adult are all on the menu when Between premieres May 21st.

Looks like Variety’s Brian Lowry already got a look over the series and didn’t have anything nice to say:

Part of the problem in the first act of this six-episode order, written by Michael McGowan and directed by “24” alum Jon Cassar, is that it spends almost no time introducing the players before all hell starts breaking loose, as adults abruptly begin to keel over. Yet there’s hardly a sense that anyone has fully grasped the dire implications of what’s transpiring, although McGowan has helpfully included one teenage hacker who conveniently sifts through government computers and provides exposition regarding the media-buyer-like demographic bias of the mysterious pathogen/disease/tired plot device.

This could be why we didn’t hear much about this bad boy until today, less than 10 days away from its release. But I’m guessing much like this show’s victims, Between is not supposed to be for anyone over the age of 21.