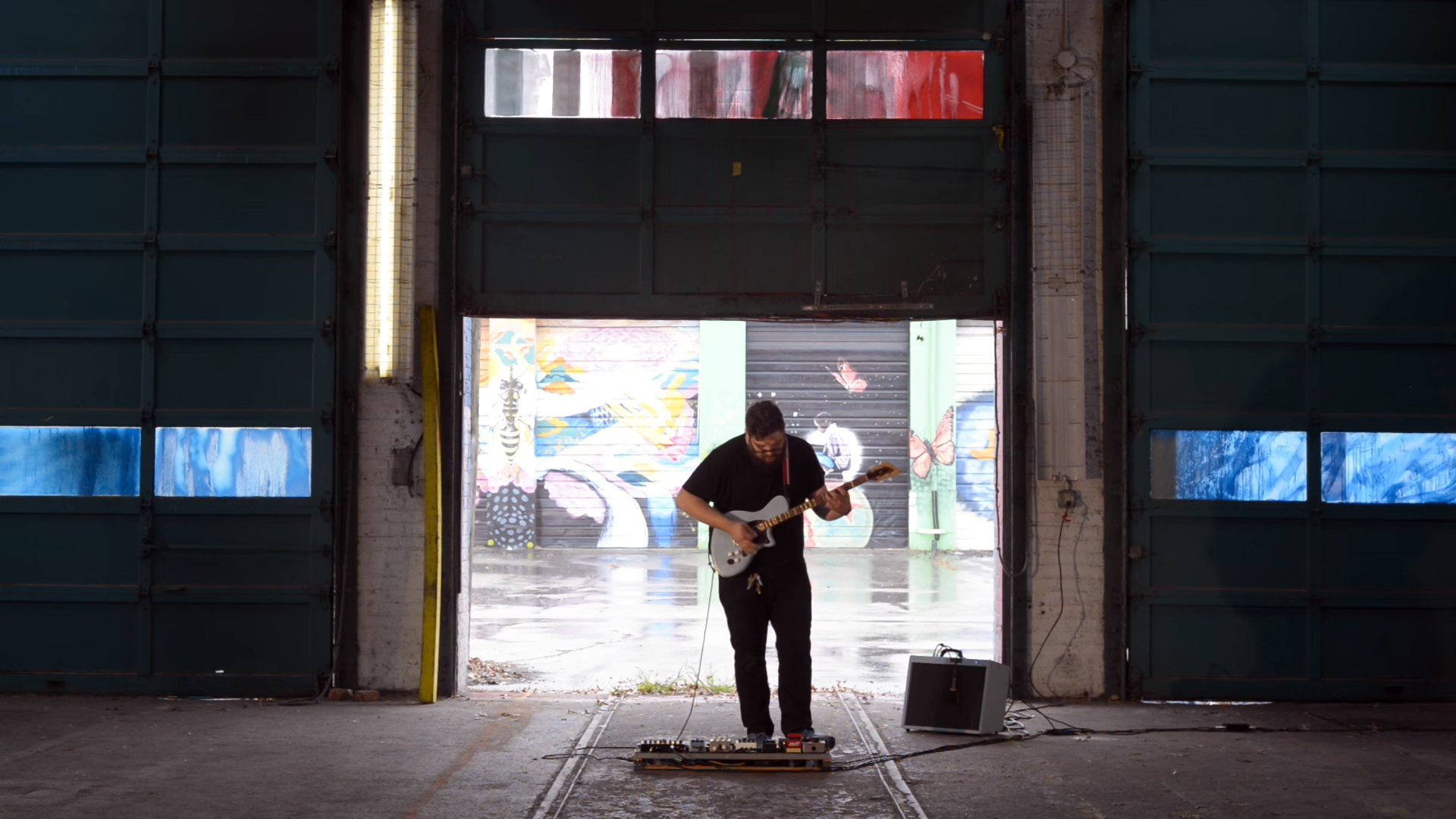 The local film collective Good Day RVA has released what is possibly their best and most powerful video to date.

The local film collective Good Day RVA has released what is possibly their best and most powerful video to date. With the help of local musician Dave Watkins, the group has captured one of the city’s most impressive art projects and you can finally watch the final product below:

Shot on a rainy morning last fall, just after the sale of the old GRTC Bus Depot-turned RVA Street Art Fest space was announced, Good Day RVA set out to use his group’s skills to capture the space in their unique way before it was ripped apart.

Good Day founder Chris Damon worked with city officials to get approval, and after some scheduling, the musician and the filmmakers met up to produce something truly amazing.

Watkins, an improve musician who’s no stranger to RVA’s creative community, created the song on the spot, using the location’s infrastructure, acoustics, and artistic imprint to create what would later be called “Living the Dream, Dreaming to Live.”

“…I get to do art for a living, I’m ‘living the dream,’ but there’s stills struggle,” said Watkins, who works in the A/V department at the Richmond Ballet, explaining his loose inspiration for the track. “There’s still the desire that you want more of what you have creatively and emotionally… like hows there’s bus depot that got turned into this amazing street art instillation, and now its gonna be condos… it’s giving the audience something to think about without telling them what to think.”

The folks at Good Day RVA are just as thrilled with how the video came out, and were particularly excited to release it because it coincides with the non-profit group’s role as city archivists as well as documentarians.

“The video was made as a means of documenting the historic property & murals of the 2013 Richmond Street Art Festival, and is Good Day’s way of saying “thank you” to all of the muralists who have put their time & love into creating something out of nothing,” said the group in a press release.

You can support Good Day RVA by donating to them on this page, and a shout out to all the folks who helped make the video is below: