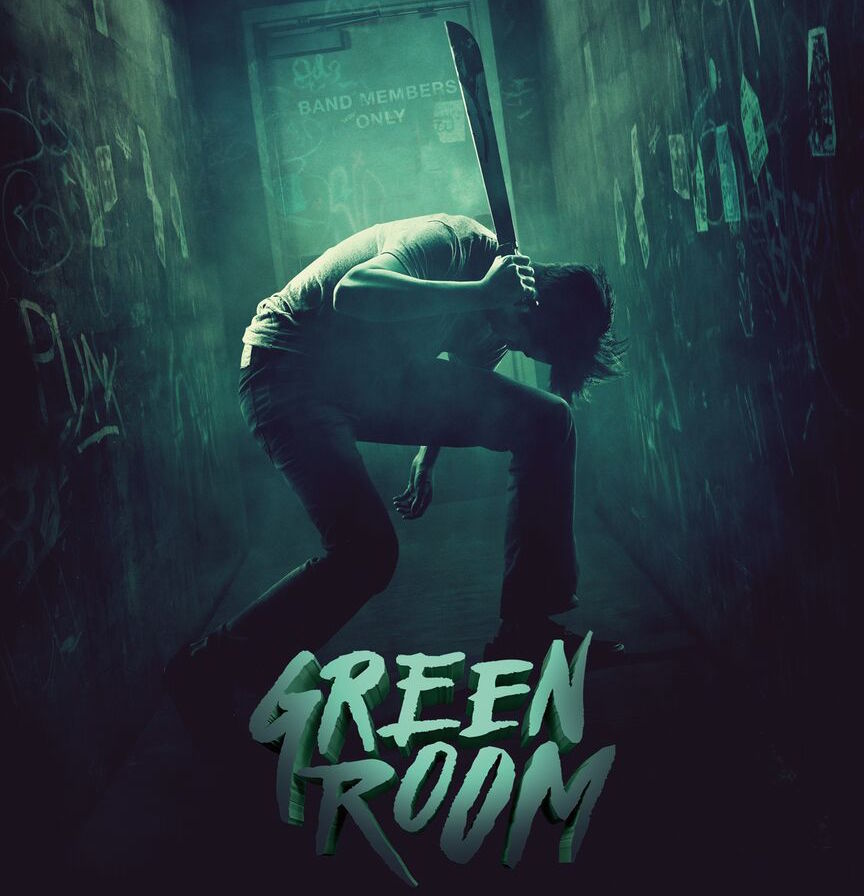 I wasn’t sure what to expect when I walked into Bowtie Cinema yesterday and sat in the nearly empty theatre to catch the well-hyped new movie Green Room, but I was incredibly pleased when I walked out.

I wasn’t sure what to expect when I walked into Bowtie Cinema yesterday and sat in the nearly empty theatre to catch the well-hyped new movie Green Room, but I was incredibly pleased when I walked out.

The move opens with a Virginia-based punk band (The Ain’t Rights) as they near the end of a cross country touring playing for anyone who will pay them.

Their desperation leads them to a skinhead bar near Portlan, OR, and from there the story goes off the rails. Blood is spilt, dogs are sicked, and sets are played.

Green Room already has tons of praise, but I was so impressed by the final product I wanted to share it with our audience in some form. Those in a band might find it highly relatable.

Distributed by A24, the same studio that released the amazing horror flick The Witch last year, expect similar clean, clear cut story telling with a focus on pushing the plot forward without wasting too much time.

Written and directed by Jeremy Saulnier (who shot Blue Ruin which featured RVA heavily) this movie is incredibly tight and well written, with dialogue as real as it can be and action that is brutal and disgusting, but not overly obscene.

It’s currently sitting pretty with an 89% on Rotten Tomatoes, and critics from around the country were impressed with not only its script, but also its visual presentation.

There’s a lot to love in this flick, so go check it out (especially if you’re in a shitty touring band!) – just don’t forget to watch for the red laces.