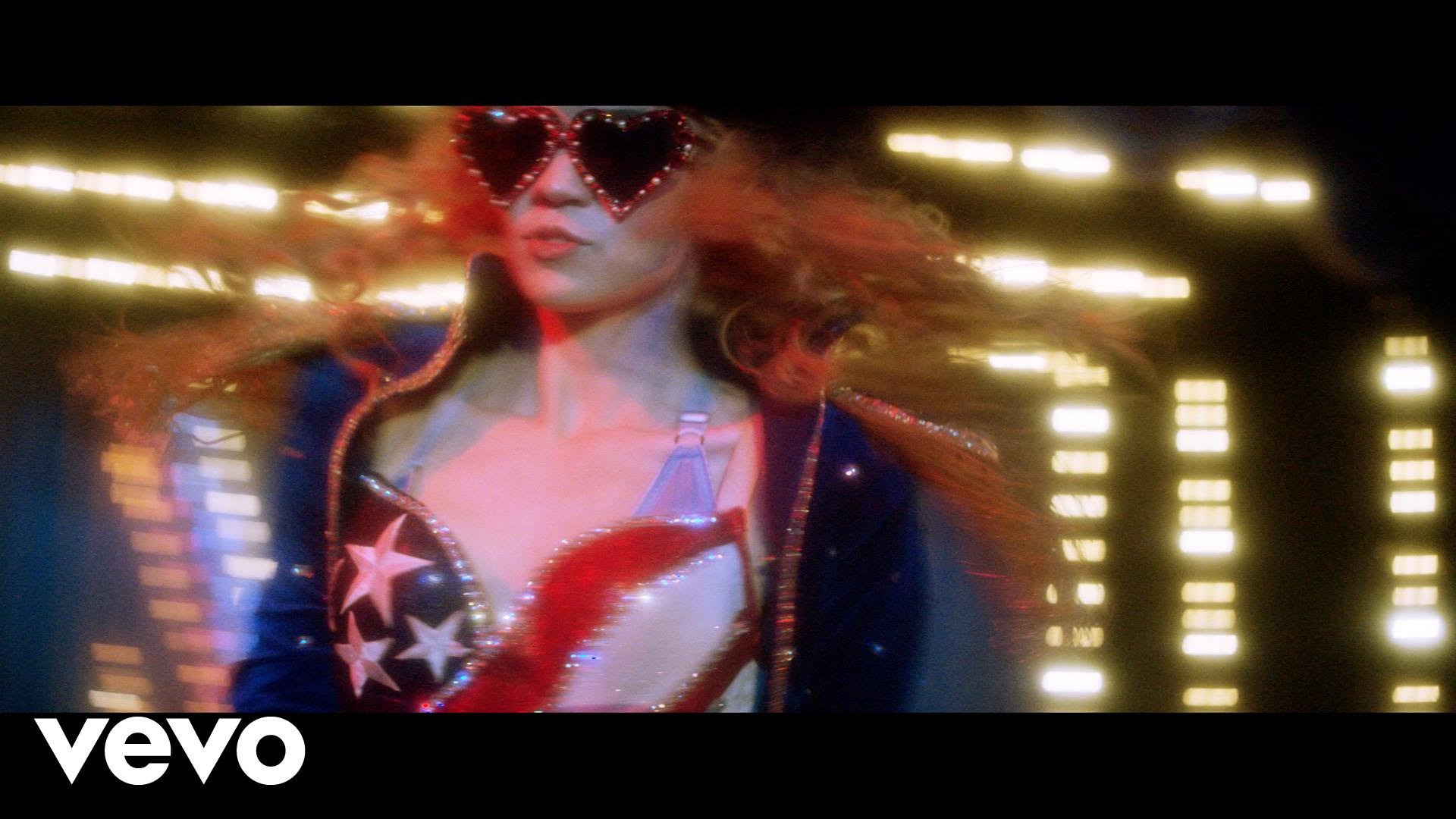 Now the Vancouver-based artist (aka Claire Elise Boucher) has dropped a new video for the song “California” and it continues her saccharine-sweet visual theme for this record, but also offers a slightly less upbeat version of the album track.

This is weird because the album version reaches Miley Cyrus levels of pop goodness. I’d for sure recommend popping on the original before or after you listen to the above video version and notice the difference. Either way, the lyrics are undeniable dark and brooding, in line with her early work.

We’re fans of both versions to say the least.

This is the third video to come from Art Angles, all of which were directed by Boucher with her brother Mac. Pitchfork noticed a number of cameos this time around including Mac, Purity Ring’s Megan James, HANA, Born Gold, and model Eric Cheng.

Your chance to catch Grimes in any decent proximity is at Moogfest, the weekend of 5/19, in Durham, NC. You can scoop tickets here.