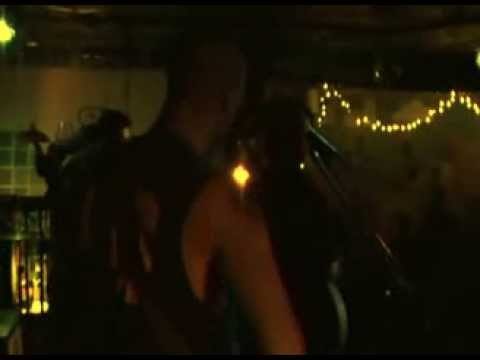 This live video was sent to us by former Tungs guitarist/current RVA Mag contributor Alex Criqui, who shot it at Strange Matter last July. We’re not sure if he had multiple cameras operating, or if this is just cobbled together from a much longer video and re-synced to a single song. Regardless, it’s a pretty amazing preview of the new Heavy Midgets LP, Super King, which the band just recently recorded and is set to come out… well, sometime soon. We’ll admit the sound isn’t perfect, but for a live recording it does a pretty great job of capturing every instrument working in tandem–and producing what just might be the best Heavy Midgets jam yet. With guitarist Charlanne McCarthy on lead vocals, the song has a pleasing melody that mixes well with guitarist Ian McQuary’s catchy lead lines. John Graham (bass) and Bren Hall (drums) are the motor that drives the song, which is uptempo without being frantic, and seems like it should definitely get kids dancing. Who knows, maybe it did–Alex’s quick cuts and Strange Matter’s shadowy atmosphere keep the eye from being able to focus on any one spot for too long. But the music is the point, and this song rules, so that’s all that matters. We don’t have any exact details about what Heavy Midgets have coming up right now, but keep an eye out for upcoming shows, and news of their album’s release, at their Facebook page.