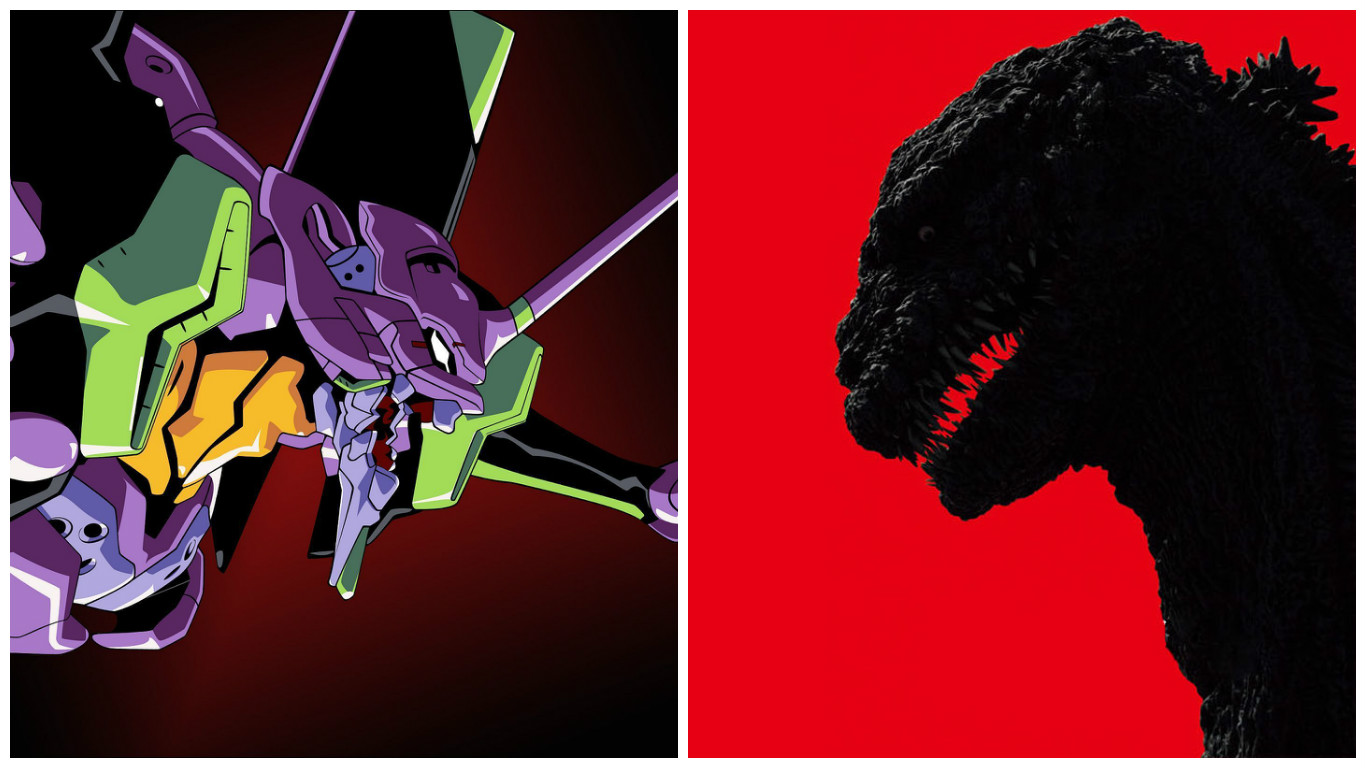 Hideaki Anno and Shinji Higuchi are names most of you probably don’t recognize, but for fans of Neon Genesis Evangelion, they have come to be an important part of anime. Now the two creators are back with a Japanese, live-action Godzilla reboot and it’s coming to the states (including RVA) in mid-October.

Hideaki Anno and Shinji Higuchi are names most of you probably don’t recognize, but for fans of Neon Genesis Evangelion, they have come to be an important part of anime. Now the two creators are back with a Japanese, live-action Godzilla reboot and it’s coming to the states (including RVA) in mid-October.

Oh man – where to even start with this. Anno and Higuchi created the legendary and controversial anime series Neon Genesis Evangelion back in the mid-90’s. The show followed (typical of many anime series) three young children who were forced to fight giant intergalactic monsters in similarly gigantic mechanized robot suits.

Neon Genesis Evangelion (or Evangelion or just Eva) was notable for its drama, deeper meanings, incredible production, and controversial series ending which saw the shows funding cut before a proper ended could be released.

Sure enough a number of movies followed to help explain some of how the show ended… kind of?

Either way, the 00’s saw a reboot of the Eva series with the release of new animated movies that retold the complicated story in a truncated fashion before splitting off into a new saga of even more dramatic and fantastic events.

The show has high level fans like Robbin Williams, Peter Jackson and famed anime master Hayao Miyazaki, the last of which created his only live-action short for the third Eva reboot movie – check it out (with zero context and subtitles) below:

I joke the show is really about the relationship you have with your mother – which is kind of true? It’s weird and brutal and if you haven’t watched it yet, figure out a way because it’s a fantastic way to get into the massive lexicon that is Japanese Animation.

Here’s some more contextless Eva footage cause this show rules:

Anywhoooo – Anno and Higuchi have united again, this time for their first live action movie in the form of a Gozilla reboot, Shin Godzilla (Godzilla Resurgence). Check out the first US trailer for the film below:

This is the first time the Godzilla franchise owners TohoScope have released a Japanese Godzilla movie in some time, so theres an exceptional amount of hype around the flick. And while fans of Anno and Higuchi can already detect some visual nods to the Eva series in the trailer, expect just as many allusions to nuclear crisis as the original Godzilla did (this time Fukishima?).

I’ve been tracking this film for months (it was released in Japan back in July of this year) but I’ve been avoiding spoilers at all cost. Reviews have been mixed with some folks claiming it drags a bit and others cheering it as a whole.

Either way, fans of Evangelion will not want to miss this movie when it comes to RVA’s Bowtie Cinema on October 11-18th. You can snag tickets now, but be aware there doesn’t appear to be a Friday showing yet and showtimes are limited as well.

Head here and jump the date line up to October 11th-18th.