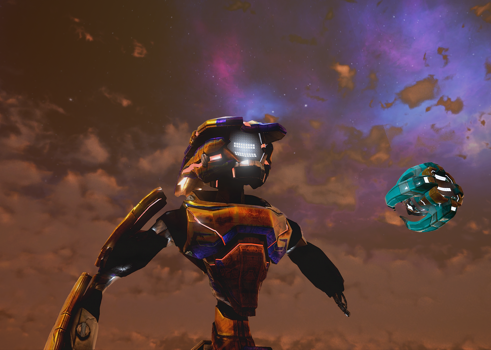 When the guys at local production company Studio Daisho first got into the business of making music and sound effects for video games, they did it because th

When the guys at local production company Studio Daisho first got into the business of making music and sound effects for video games, they did it because they loved making music, they loved video games, and they liked the idea of working in an interactive platform where the music they produced wasn’t just background noise, but an integral part of a person’s gaming experience.

Unfortunately, through working on various projects, they found that this was not the goal of many of their employers.

They would spend hours working to make sure that a single sound effect, produced organically using Foley techniques and edited using computer software, sounded exactly the way it would in real life. And yet, their efforts were often overlooked. Or worse, their pleas to go back and fix errors were ignored.

“It would drive us crazy because we worked so hard on creating that sound. We had an idea how to fix it, but we weren’t allowed to go in there and do anything about it…stuff like this we felt was compromising us; not showing us in the best of light.”

And so Rosa, along with his childhood friends and musical collaborators, John Anderson and Albert Clanton, founded the multimedia and sound production company Studio Daisho. Rosa said they hoped to create an environment in which they could dictate work parameters, and in doing so, give their collaborators a platform to have their voices heard.

As part of this ethos, the Studio Daisho guys set out to develop a video game from scratch, featuring their music and sound effects prominently. The idea for the project they’ve been working on, in various forms, for over a year, came from a short story Rosa wrote.

They named the game “The Center” after a plot in which characters Anu and Hex come to better understand themselves en route to their objective—to find and destroy the planet at the center of the universe.

Without going into too much detail, the characters change as they start to realize their own place in the universe, and the consequences of their actions on others.

Rosa said the objective of the game, besides the character development, is to “take a good story that’s broad, make an imaginary line between the player and characters, and if [it’s] immersive enough, I can bring [the players] on that journey, and take them to the center with Anu and Hex.”

Beyond the game’s compelling story arc-the team is currently hoping to get funding via Kickstarter to finish making the first installment of a three-part adventure—and its maker’s egalitarian aspirations, the game so far is good.

According to Rosa and Anderson, the current demo for “The Center”, is available for PC or Mac and was put together in just five months after the team scrapped an original effort to make the game in a 2D overhead perspective, a la Super Nintendo games like Legend of Zelda: A Link to the Past or Final Fantasy II.

“We trusted this programmer out in the Czech Republic… and he reigned us in on what we originally wanted being crazy,” Rosa said. “‘You can’t do 3D…do this kind of coding without having at least a dozen people programming.'”

However, as they did more research, they found out it was possible through other outlets.

They hired a team of 12 other programmers and artists, locally, and from around the country, to help them pursue their original vision—a 3D action adventure game with puzzles, from a third person perspective.

Since the point of the game is for players to develop and grow along with the story’s characters, puzzles in “The Center” are a bit different than in most other games. Usually when a character gets in a situation, they use the tools at their disposal to overcome an obstacle. Usually there is only one correct solution to such puzzles.

In real life, however this is never the case.

“One thing that irks me in games, if you think about it realistically…” Rosa said. “Feedback tells you what you can and can’t do. I didn’t want to do that. I wanted the game to be immersive and challenge players to put some thought into their actions. I want players to think, ‘if I’m going to do this, I wonder what this can do?’” 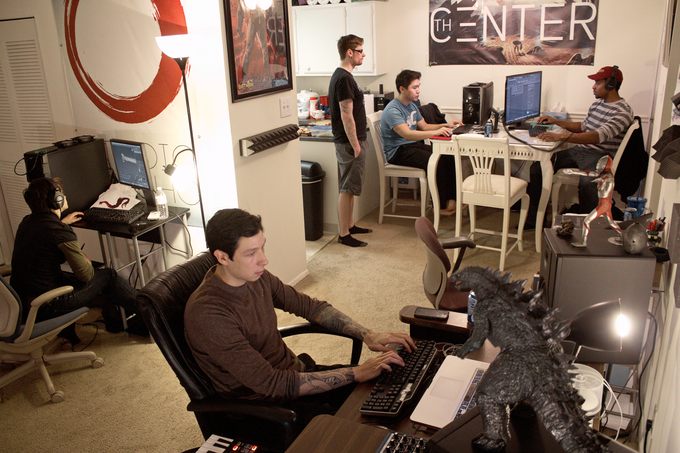 Another interesting feature about “The Center,” that will be available for play in an updated demo Dec. 4, is the game’s unique use of music during boss battles. Every action that a player takes in this scenario affects the music playing in the background. The songs’ beats per minute adjust to a player’s actions in real time, and give hints about how to defeat the boss. For instance, hypothetically, a boss may attack on every third beat and is vulnerable on the first, but heals itself on the second if a player doesn’t interfere. 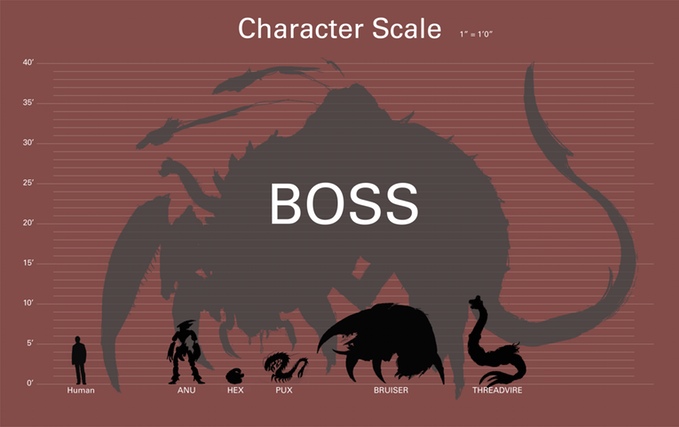 These sorts of innovations would never have been possible if the people working on the game weren’t working out of a sincere passion for making the best game possible.

For Rosa and Anderson, the 60-hour work weeks will have been worth it to have the opportunity to see his project finally become a reality.

“I’m proud of this team,” Rosa said. “For us to finally do this on our own, to have people tell us we’ll never get these results, it’s crazy. To get a team of fifteen people putting their entirety into this project…and taking time away from normal work and family to make this game what it is… I need to get these people compensated. I need to get this project going because the work they’re putting in is amazing.”

To make a contribution to the development of “The Center”, and receive sweet rewards if the game meets its funding goals—head to Studio Daisho’s Kickstarter page.

Rosa and Anderson cautioned that while there are a lot of people on crowd-funding sites looking to make a quick buck, viewers should take the time to download and play a demo on their website, read and look at the stories and characters they have created in such a short amount of time, and then consider helping them accomplish what they and others have already worked so hard on. The Kickstarter ends Dec. 9.