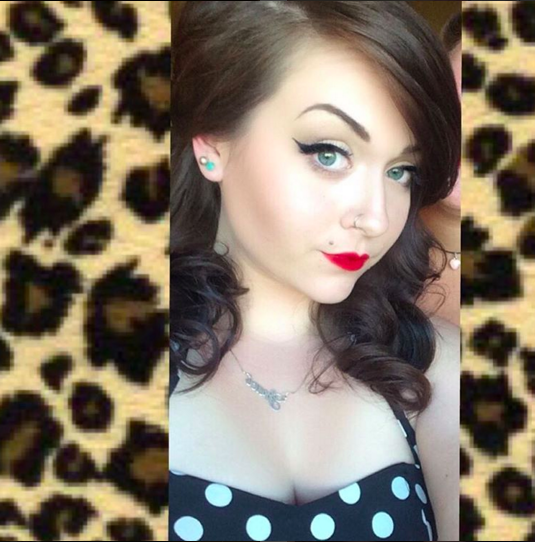 Local vlogger GraceanneDarling on feminism, make up tutorials, and growing up on Youtube

With social media and technology taking up most of our free time, the amount of ambitious young folks trying to gain stardom through the internet comes by the thousands; millions?

With social media and technology taking up most of our free time, the amount of ambitious young folks trying to gain stardom through the internet comes by the thousands; millions?

So what’s special is when a few of these young ones actually make it. Forcing the question: How?

Well, to answer that we turn to local video blogger and VCU student Grace Myers. Myers, also known as GraceanneDarling, has gained quite the following on Youtube in the past few years.

With her most popular video reaching 200,000 views, and a total of 10,000 subscribers, one gets to thinking–what’s so special about her? And why doesn’t she flaunt it?

“Making videos is more of a past time; hobby,” Myers said in an interview with RVAMag. “I started making videos during my junior year of high school, but it did take me a while to actually have the drive to make substantial and quality videos.”

Her dark almost gothic, and pin-up fused style establishes her individual range of makeup tutorials that proves to be a pretty popular point of interest on Youtube. With a majority of her videos being makeup and costume tutorials that fall into the categories of rockabilly girl and era-inspired looks, GraceanneDarling’s talents lie with her cosmetic hand.

“I tend to focus more on makeup tutorials. It’s an obsession of mine,” she said. “It’s bad because it costs so much money and making tutorials takes up a lot of time, but weirdly people seem to prefer the unstructured videos that I post.”

One of the most popular videos that GraceanneDarling has posted is an unstructured and unplanned tell-all about her personal views on Feminism and women’s’ rights to grow out their hairs on any part of their body.

“I was really young when I made that video. I didn’t understand intersectionality all too much, compared to now, but I was just beginning to learn the more important aspects of feminism and my own personal hygiene,” Myers said. “I actually get so much hate from that video still. Men from other parts of the United States send me the hate messages, they’re the ones more concerned with what I had to say which is weird because my main audience is thirteen-year-old girls.”

With video blogs that carry empowering subject points, and simple makeup tutorials that can come in handy for any teenage girl, GraceanneDarling in her own way, is influencing an even younger generation by overcoming her own personal vices.

“I wouldn’t exactly call myself an extrovert, but being in the front of the camera has made me a lot more comfortable with talking to people,” she said. “Vlogging in public was pretty hard, but now I can regularly walk into any store with my phone up making a video.”

Having made a video everyday for the month of October, GraceanneDarling plans to take part in Vlogmas (Video Blog Christmas), a month long Youtube tradition for the month of December. So, for more makeup tutorials, empowering vlogs, and laid-back conversation that Myers makes with her camera, check Youtube her page out here!

You can also keep up with Darling on instagram here