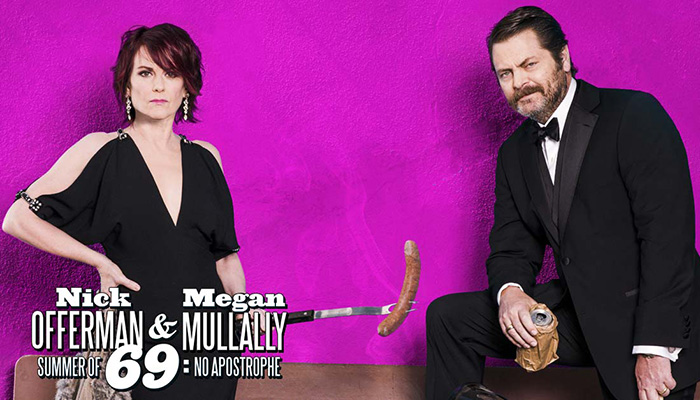 Comedians and married duo Nick Offerman & Megan Mullally are coming to Richmond this August. Check out details about the show below via CentreStage and scoop your tickets here:

With this show, Nick Offerman and Megan Mullally are yanking the britches right off of their marriage, exposing the salacious details of their fiery union for all the world to enjoy, featuring songs, funny talking, heavy ribaldry, light petting and an astonishing final act of completion.

The accomplished entertainers have also won multiple awards including a Television Critics Association Award for Achievement in Comedy and two Critics Choice Television Awards for Offerman and two Emmy Awards and four Screen Actors Guild Awards for Megan Mullally. Having worked together extensively on screen and stage, the duo is perhaps best known for their portrayal of a passion that dare not be named, as Ron and Tammy 2 in NBC’s Parks and Recreation.