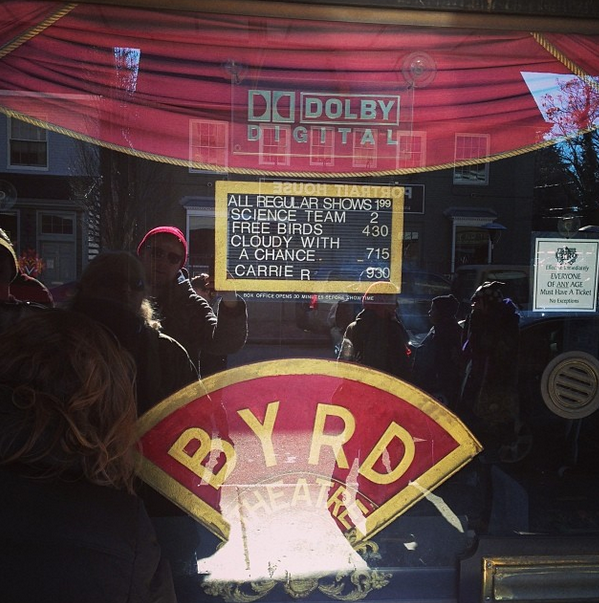 Richmond got its first look at the new Drew Bolduc/Boncom Media production Science Team this past Saturday at the Byrd Theater.

Richmond got its first look at the new Drew Bolduc/Boncom Media production Science Team this past Saturday at the Byrd Theater.

Bolduc, a local film maker, made a name for himself for after the release of 2010’s The Taint, a movie about the duality of man (just kidding, it’s mainly about giant exploding penises and the hypocrisy of misogyny.) In between Science Team and the Taint, Bolduc spent some time on set with 80’s icon Lloyd Kaufman’s Troma Studio’s on the set of Return to Nuke’em High working with the movies special effects.

Fast forward to this past summer, when Science Team’s production lasted about three months, with most of the shooting done in or around RVA. Troma’s Kaufman even came down for a day of shooting with a small, silent cameo in the film.

While much of the city has been a buzz with Science Team for some time, the specifics of its story were still out of reach, but this weekend’s viewing changed that.

Science Team opens up with a dysfunctional relationship finally running its course. Chip, played by Vito Trigo, storms out of his house to spend some time alone with his work (he’s a writer) at his mother’s house. But once he arrives, he learns his mother is dead, and the next hour and 10 minutes details what happened, and what goes wrong when a government organization is burdened with handling alien invaders.

Science Team it’s certainly a Drew Bolduc movie – the scenes are intense and the acting is present. The fight scenes feel real, and the special effects are pretty gross. There are many many laughs, both from the physical comedy as well as the dialog. I enjoyed the hell out of it, but keep in mind this movie falls more into a Tim & Eric vein then a Martin Scorsese production. It’s a little rough around the edges, but this weekend’s screening was an admittedly un-mastered copy.

We managed to catch up with Bolduc after the viewing. He spoke about his favorite parts of production, what’s next for the movie, and what Science Team really means

BK: what, how would you describe the product that you showed this weekend, from a production standpoint?

Drew Bolduc: It was really close to being done, The main things that weren’t finished were the color correcting – like the colors weren’t like graded to the final state – and the sound wasn’t quite mixed fully yet. The main reason that happened was because we rendered out a Bluray, and for whatever reason the Bluray burned without sound.

So I had to go back to an earlier version that I had, but um the difference is probably like 95% vs 100%.

Do you have a favorite part of the final product, do you have a scene or anything that really stands out to you as something you’re really proud of? I mean this is the first time you saw it on the big screen too, correct?

yeah and its the first time I’ve seen it with like a group of people like an audience watching it. I really like the scene, I think, where the Dick Wellington character and the Joey character fight in the room. They’re like spitting at each other, Joey strangles him, I thought that turned out really well. 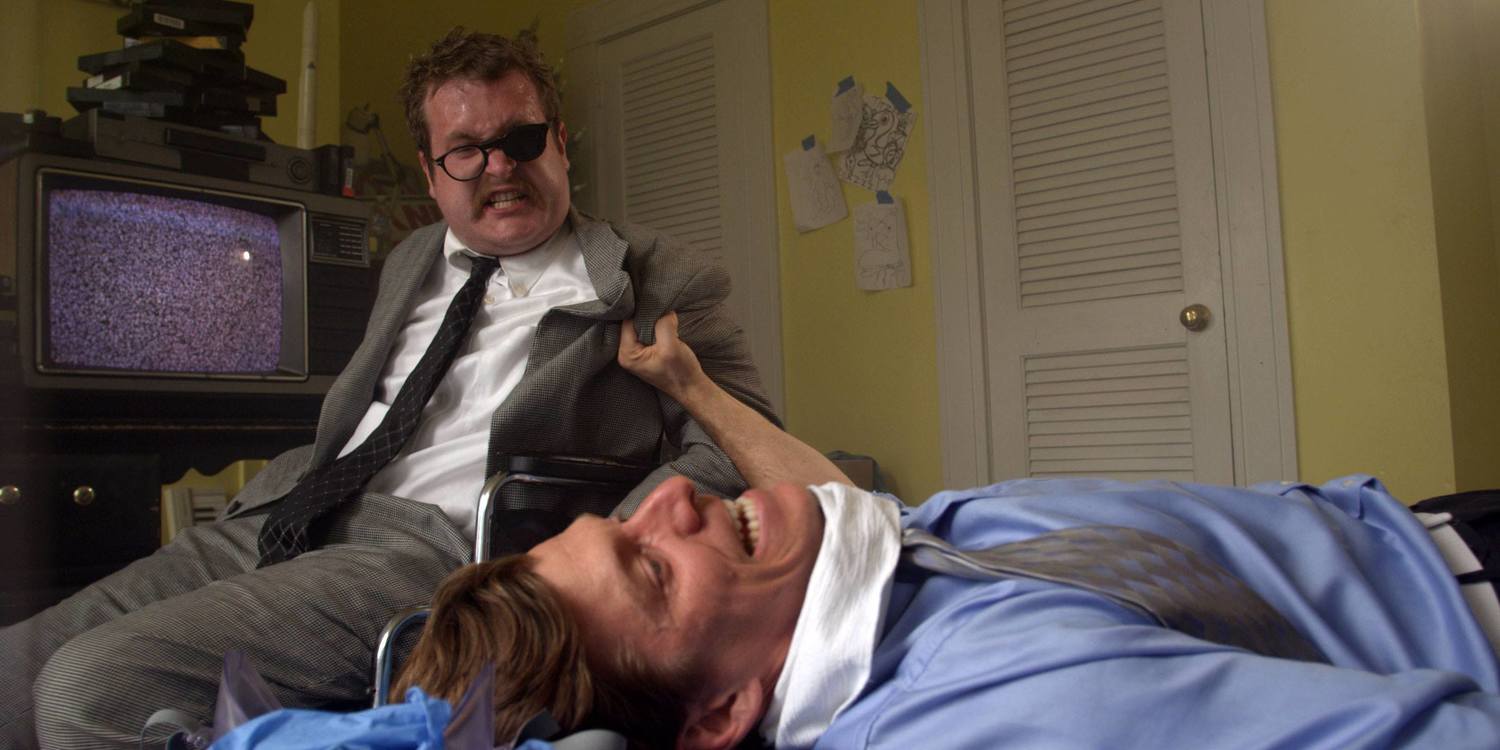 I also like the cop sequence. The cops are like ranting for an extremely long amount of time.

I mean, definitely part of that was intentional from the director of photography, William Robinette, wanted to do, you know, wide shooting and he wanted to do a ton of coverage. Then the other reason we were able to actually do it was because the actors were able to get through all of their scenes in basically one take.

So I really like it because you kind of get to see… like a full performance and like all the characters, like something is actually happening on-screen, and it’s not like edited together. I call (That kind of editing) hacking together something, if you edit something that you don’t actually have all the footage of, but you kinda make it happen later and that happens a lot in the Taint and that’s mainly because we just didn’t have the time and a lot of the time we were in public places and there was no funding whatsoever.

So, we definitely took a little bit more time to make that happen. but you know there’s also this Orson Wells quote where he says “When you can do a scene in one shot, it’s where you separate the like the boys from the men” or whatever.

We kind of wanted to do that. I like movies that do that.

So I definitely felt like there was a larger kind of moral message in the Taint behind all of the exploding penises, that really dealt with a man’s role in the world vs a woman’s role in the world, and there was a really incredibly powerful message buried in the Taint. I felt like um there was a lot more movie in Science Team, like it was a definite production, were you going for something different, is there a message in there that maybe I missed?

I think there is, it’s like it’s not as clear as the Taint. I feel like the Taint was really a broad film, so the message was very broad. The jokes were very broad, and everything in the movie was basically like a sledgehammer to the audiences head, so like the message had to be, I consider it heavy-handed, but, I mean, part of the fun with that movie was the hypocrisy of everything in that movie and how what its saying doesn’t necessarily represent what it actually is. So it’s like a very misogynistic movie that claims to be saying something about misogyny,

but Science Team I think, the whole thing was a bit more subtle. Acting-wise, story-wise, the way the story unfolds, and I wrote it in a different way. But there’s definitely some themes I wanted to get in there about Chip and Chip’s mom.

And alien movies, like Independence Day or Aliens, like aliens sort of like are stand ins for foreign countries, or anything that isn’t like what we are, generally- basically like xenophobic propaganda. So I wanted to do that, I kinda wanted to have this bureaucratic organization that was called “Science Team” but they never ever do any real science of any kind.

um but i mean the way that script was written, you just sort of, I didn’t try to force it. Cuz before I wrote it I just wasn’t able to finish any scripts for a really long time. With Science Team I just kind of stopped trying to write something that was good or that I wanted to write and then just kind of finished something and then you know people were interested in it. But, it definitely didn’t have the same tone and attitude and I do wonder what the people who liked the Taint will think about it when they see it.

Well I thoroughly freak’n enjoyed it I thought it was amazing and it was great seeing it on the big screen like that. How did you feel about the audience’s reaction from this weekends showing?

I think it went well, people seemed to like it. they seemed to respond in great places. I mean there’s a couple of things that we have to change, but mainly it’s probably just getting to show more people and getting the very final version ready

Is there going to be an opportunity for people to see it in the near future?

Right now we’re sending it to festivals. Not sure if we are going to get into any or not, but we want to show it theatrically because we think it is of a high enough quality. It stands up.

Our budget is so low, I think people will assume it is going to look bad, quality wise. I want people to see that it actually holds up to movies with huge budgets in that setting. 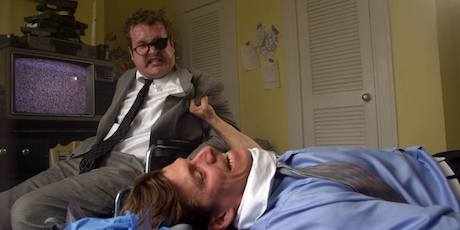 I don’t want people to see it as just a direct-to-video movie, which is what most movies in this genre, even with the bigger companies, are doing. They screen in one or two theaters, release it on VOD at the same time, and call it a “theatrical release”. We sort of just thought that we can do better than that. We aren’t against having distribution, but right now we have to sit on the film for a bit and see what happens.

Anything else you want to say about Science Team at the moment?

A lot of people worked on it, from Richmond and other places. It would not exist without all the help we had.

Getting High And Getting Freaky With Toward Space

The Richmond garage-rock trio wanted to blow off some steam with the video for their latest single. And sure enough, the clip for Toward... READ MORE

The Year Is 2020 And Shagwuf Is Still Singing

After their March record release show was pre-empted by COVID, Charlottesville's Shagwuf were left hanging. New EP Trendy Weapon, and the... READ MORE

Ant The Symbol Teams With Eliturite To Remind Us That The...

There's a ton of music coming out of Richmond all the time, and while RVA Mag attempts to celebrate it all, we're human, and we've got our... READ MORE

Getting High And Getting Freaky With Toward Space

The Richmond garage-rock trio wanted to blow off some steam with the video for their latest single. And sure enough, the clip for Toward... READ MORE

The Year Is 2020 And Shagwuf Is Still Singing

After their March record release show was pre-empted by COVID, Charlottesville's Shagwuf were left hanging. New EP Trendy Weapon, and the... READ MORE

Ant The Symbol Teams With Eliturite To Remind Us That The...

There's a ton of music coming out of Richmond all the time, and while RVA Mag attempts to celebrate it all, we're human, and we've got our... READ MORE