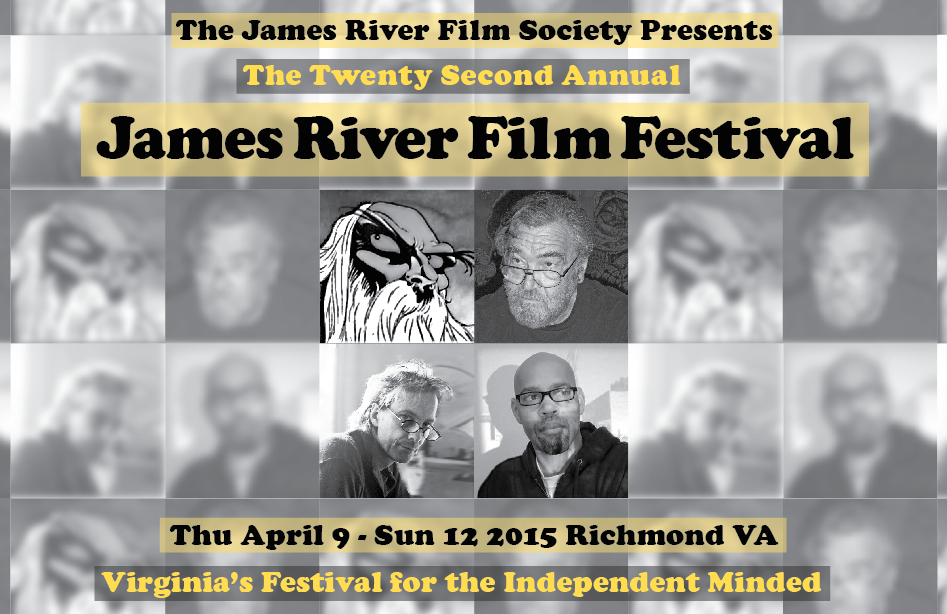 “We started our thing built around the independent movie,” said Michael Jones, co-founder and current co-director of the film festival. “And those people work outside of Hollywood and not really part of industry.”

This festival is very unique because there is no central theme to go off of. The committee members of the film society all have their own ideas to bring to the table so the selected films are varied in its mix.

The festival kicks off tomorrow afternoon at the Richmond Public Library with a free showing of the film ‘Citizen Kane’ (1941):

Considered by many to be one of the greatest films ever made, Citizen Kane was also Orson Welles’ first debut on screen.

Two other older flicks, Plow That Broke the Plains (1937) and The River (1938) are also being screened midafternoon Friday at the RPL.

“We’re a film festival that appeals to filmmakers because most of us are also filmmakers. You can’t know where you’re going as a filmmaker if you don’t know what’s been done before,” said Jones. “It’s really important to have a background so I think there’s a good reason why we do classic movies.”

Every year they bring national, regional and local filmmakers to this event to talk about their films being presented and do Q&A sessions with the audience. This year, ‘heavyweight’ animator Ralph Bakshi has three films playing at the Byrd.

The first of the three films Fritz the Cat (1972) was the first X-rated animated film and plays at 1pm on Saturday.

In between the two films on Sunday, Bakshi will be hosting a live Skype Q&A session at the Byrd. His son Eddie Bakshi will be there selling signed posters, books and memorabilia.

“He created a type of cinema that was aimed at the midnight movie crowd and the counterculture who was a non-Disney crowd because [Disney’s] forms were just too conservative because they’re based on folklore and myths and things,” said Jones. “[Bakshi] was all about breaking the myths so that’s what the counterculture in the 60’s and 70’s was all about.”

On Saturday 3:30pm at the Byrd the film Art and Craft, a film about a famous art forger, Mark Landis who was born in Norfolk.

Landis’s ability to mimic famous painters is so strong he successfully put artwork on the market to galleries for years before finally being exposed.

Fraught with schizophrenia some believe, he doesn’t seem to able to stop.

What’s special about this showing of ‘Art and Craft’ is Stephen Ulrich, who composed and performed the score for the film, will be coming down for the event.

His band the Big Lazy will be play a show at Gallery5 on Saturday night at 10pm. At Plan9 they’ll also be playing a few songs as a teaser for the screening at 2pm. Ulrich will also host a Q&A session at the Byrd after the film.

For the experimental-film fans, music video filmmaker Michael Pope will be at the Visual Arts Center Thursday night at 9pm showing his post-apocalyptic film ‘NeoVoxer’ and doing a Q&A session afterwards. Pope has done music videos for the Dresden Dolls, Ben Folds Five and Amanda Palmer.

Regional filmmaker Kevin Jerome Everson, a film professor at UVA, will be at the VMFA on Friday night discussing his vast collection of work consisting of over 90 films. Everson often tackles issues like African-American working class life and a few of his documentaries will be shown and followed up with a Q&A.

‘Bad Brains: A Band in DC’ a documentary about the punk band Bad Brains and their heavy influence in the punk and rock community during the 80’s and 90’s will play at midnight Friday at the Byrd midnight. The film is sponsored by all of the local vinyl shops: Vinyl Conflict, Deep Groove, Plan 9 and Steady Sounds.

Obviously there are many dimensions to this festival and we haven’t even mentioned the half of it.

This festival has always been connected to the Richmond arts community and has utilized spaces at the Byrd, the VMFA, the Visual Arts Center and the Richmond Public Library throughout the years.

“We pretty much present ourselves as an open framework, if someone has a film idea then let’s make it happen,” said Jones. “We get a lot of different kinds of films and it gives everybody an opportunity to find something that might appeal to them.”

There truly is something for everybody at the James River Film Festival so check it out.

To look at the full schedule, here’s the festival program.