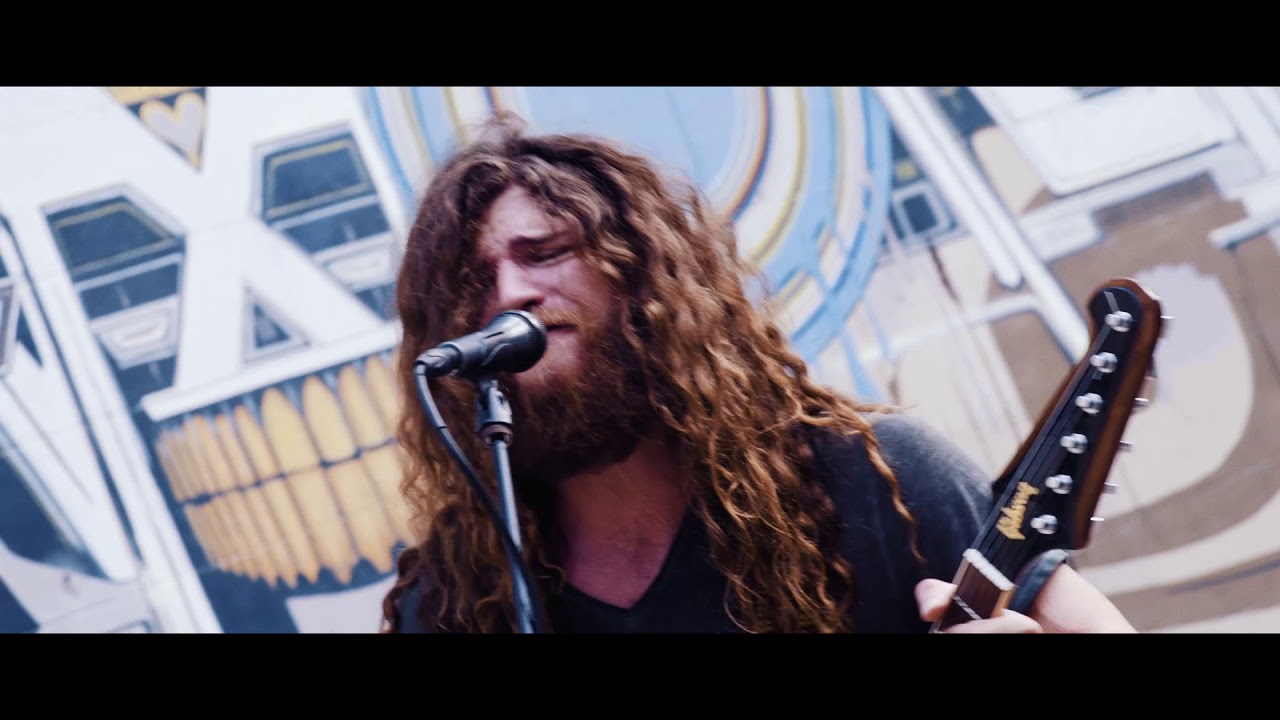 The last time RVA Mag checked in with The Trongone Band, they were just getting ready to release their first official album, Keys To The House, back in June via Harmonized Records. Now the rock and roll/Americana boys are back with fresh visuals for “Blind,” a song taken from that album.

As usual, the group is bringing the soulful, no-frills Southern rock with this track, and they filmed it right here in their city. Surrounded by the murals adorned on the James River Power Plant walls at 12th and Byrd Streets, the Trongone boys bring you a feel-good tune to get down to.

Richmond muralist Hamilton Glass’s mural, depicting a woman with the words “James is That You I Smell” wrapped around her, can be seen throughout, along with the rest of the art painted during 2012 RVA Street Art Festival.

Drummer/vocalist Johnny Trongone said he collaborated with Daniel Bagbey of OVRBORD Media, who shot and edited the video, on the visuals for “Blind.”

“We knew we wanted to do the video somewhere industrial and hip in RVA, but we weren’t exactly sure where,” he said. “After running around town, we landed on the canal. The murals, the vibe, it was the perfect atmosphere for the tune. I think we were probably supposed to pull some sort of permit or something, but the folks walking by, residents in the condos above came out on their balconies and listened. The surrounding restaurants actually enjoyed it and for some reason, people took us seriously. Maybe it was all the hair flying around or Daniel’s cameras? Anyway, we were going to ask Mayor, Levar Stoney for forgiveness if we did break some kind of noise ordinance.”

The Trongone Band is currently on a Fall/Winter tour. You can catch them in Roanoke Nov. 25 at Martins Downtown. In the meantime, if you haven’t already, catch up with their debut album Keys to the House below.