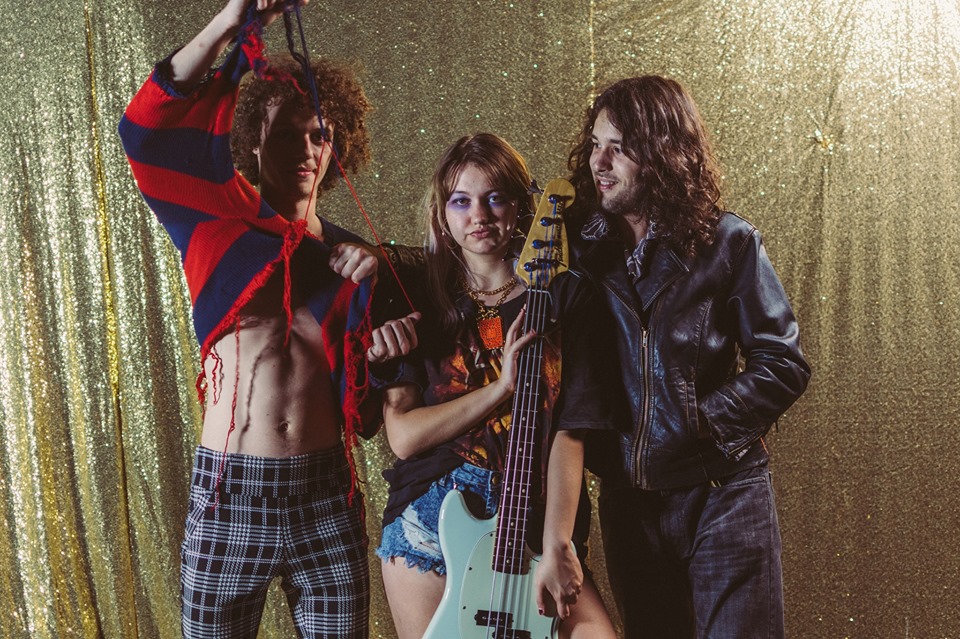 Toward Space Get Kinky With New “Abella” Video

Despite the fact that Richmond garage-punk trio Toward Space has a lot of fun celebrating liberated sexuality in their latest video, you can still probably get away with watching it at work.

It’s been a year or so since Richmond garage-punk trio Toward Space released Gently With A Chainsaw, their latest full-length LP. And as of this week, they finally have a video for Gently track “Abella,” and boy is it a humdinger! In fact, when I heard bassist-vocalist Seyla Hossaini’s description of the video as themed around “sexual liberation” and featuring “kink and fetish at the forefront of the video,” I wasn’t even sure if we could get away with posting it.

Fortunately, having witnessed the video, I can assure you that, while it might get a little hairy if you have a particularly uptight office environment, the Toward Spacers and their many friends involved with the video keep it clean. Which is to say, it’s not explicit — but there is plenty of messy food-fight fun happening at various points throughout, so “clean” may not be the right word either.

The video was directed by Hossaini herself, with filming and editing by Nicholas Von Thrower. You’ll see her at various points during the video, portraying a phone sex operator tempting you into dialing “1-800-Towardspace” — which, Hossaini tells us, really is a phone sex line, though she swears the band has no involvement in it.

This video features a cast of dozens from around the Richmond punk scene, all of whom appear to be having a blast while filming their sequences. “As a director I’ve strived to provide an experience for all of my actors,” Hossaini said. “After shooting his scene, Taylor (who played a submissive sex slave in his scene) came up to me out of breath and said, ‘That was exhilarating. Thanks for asking me to do this.’ All the actors who starred in this production were giggling and excited after performing, and seemed to have enjoyed trying something new (or doing something they already do, but on film…). The whole making of the video felt very magical.”

Watching it is just as magical. Check it out below:

Grab Gently With A Chainsaw in its entirety, if you haven’t already, over at Toward Space’s Bandcamp page. And catch them live, along with Austin, TX band The Reputations and Cincinatti rockers Stallone N’ Roses, at Fuzzy Cactus on Saturday, November 16. More info on that event here.