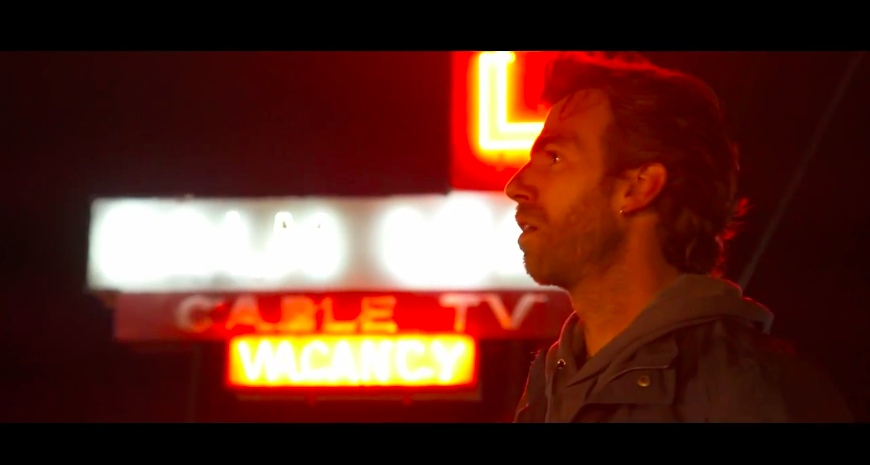 “Step 9” opens with tree lines familiar to anyone whose driven along Virginia’s byways in the past.

“Step 9” opens with tree lines familiar to anyone whose driven along Virginia’s byways in the past. The narrative then jumps to our lead actor attending an AA meeting, celebrating five years of sobriety – but like any good movie, or story really, “Step 9” is more about its message than its individual scenes, now matter how beautifully they’re shot.

Produced over two semesters by a class of VCU film/photo juniors, “Step 9” is a well put together and thought out piece of cinema that is sure to highlight the portfolio of all those involved.

“It was a quick turn around,” said Emily Rund, the film’s producer, commenting on the breakneck speed at which the film unfolded. Most of the movie was shot over Spring Break with several 17 hour days. Next came post-production and a mess of editing, but the final product is worth bragging about.

The whole experience, according to Rund, followed what a real movie’s production might entail though in an educational setting.

The group of 12 students spent last semester writing screenplays and the best one of the group, written by Carly Harman, was selected democratically for production this semester. Locations were scouted, roles were assigned by the professor, and every student had a title from Line Producer to Music Scorer.

“It was exhausting,” Rund said. “There were a lot of times I’d try and boost moral by bringing coffee cause it was one of the most important things – I was really proud of everyone for making it through.”

“[The movie is] about the recovery process,” she said, trying not to give away too much about the story. “It was something the screen writer was passionate about… Two brothers are separated after a falling out and five years later they come together to try and resolve the past… it’s a small town American Gothic-type film.”

But balancing the dreams of students with the realities of filmmaking is what the production really came down to. They selected screenplay not only based on what the group all liked, it was also about what was most feasible to produce – and that point is what helped Rund and friends (collectively known as Ugly Duck Films) learn the most.

As for the reality of the process; casting was handled like a real movie with a call put out on the VA Film office list serve. Rund said they got a lot of responses, so many that the student filmmakers could be picky as they sorted through recorded audition tapes.

“It was a really nice turn out,” she said. “A lot of people were really excited to try this opportunity… it was a nice thing to hear.”

Sure enough the lead actor, Tony Barber who plays the remorseful Cal, actually came down from Maryland for shoots, and his travel was worth it as his performance in the film is standout.

Your chance to catch “Step 9,” along with a behind the scenes documentary shot by Rund, happens this weekend at The Byrd Theatre at 1:30 PM. The event is free, but bring cash for t-shirts and DVDs if you are so inclined.