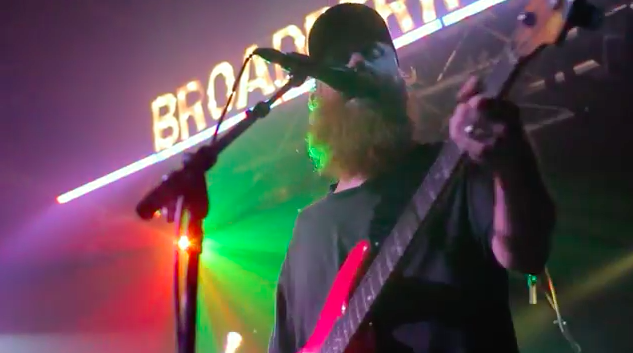 Video premiere: The Congress’ “Oh Babe” offers sympathy for those who love trouble

With a twang in their voice and their guitar strum, RVA’s The Congress and RVA Mag are pumped to show you their new vide for “Oh Babe” ahead of their upcoming Christmas show at The Camel.

With a twang in their voice and their guitar strum, RVA’s The Congress and RVA Mag are pumped to show you their new vide for “Oh Babe” ahead of their upcoming Christmas show at The Camel.

“Oh Babe” could be an anthem for anybody in a band or anyone with a love for whiskey. If you “drink and act like a vagrant,” as many of us do, then this is the track you find yourself hollering toward a lover’s window at 2 AM with stumble in your step.

Check out the video, shot live during a recent show at The Broadberry, below:

“Oh Babe” is actually an older song for the county-rock four piece with roots in RVA and Denver. The track comes from 2012’s Whatever You Want EP.

“It means a lot to us,” said Chris Speasmaker, Keyboardist for The Congress, in an interview with RVAMag. “We’ve been loving the way its been sounding on tour with this line up, so it was an easy choice.”

It got some decent play during their recent Fall tour which put the band overseas for the first time with multiple shows throughout Spain. Those familiar with this kind of sound on tour in Europe know they treat shows a little different there.

“All the towns we played, there was a strong fan base for American rock and roll and when the do come through they seek it out,” Speasmaker said. “We played different venues, a lot of clubs, but there was one in a community center that was one of my favorite shows – everyone was sitting down… it wasn’t like a US tour.”

He was surprised by the turn out, unsure of how their sound would respond. But not only did folks come out to see shows, they did their research before hand – audiences knew band member’s names and songs before they even strummed their first note.

The diversity of stops also played out in interesting ways – one spot turned into a gay bar after their show, others were quiet club spots.

“It was a lot of different crowds, a really incredible expereince across the board.”

The band is taking it easy for a few weeks over the holidays, but the jams will continue here for one night, 12/23, at the Camel with their much anticipated, 3rd Annual Christmas Eve Eve show. Expect guest musicians as well as the unexpected as The Congress takes over The Camel for a night of cheer and good times.

In the new year the band will head back out on tour, this time hitting more of the US including a date in Alaska.

“I plan on it being very cold,” Speasmaker said of the AK show booked for May. “I think its a little early for us to be up there, but I’ve never been there so I’m pretty pumped.”

Keep up with The Congress on Facebook here, and snag tickets to that Holiday show here!