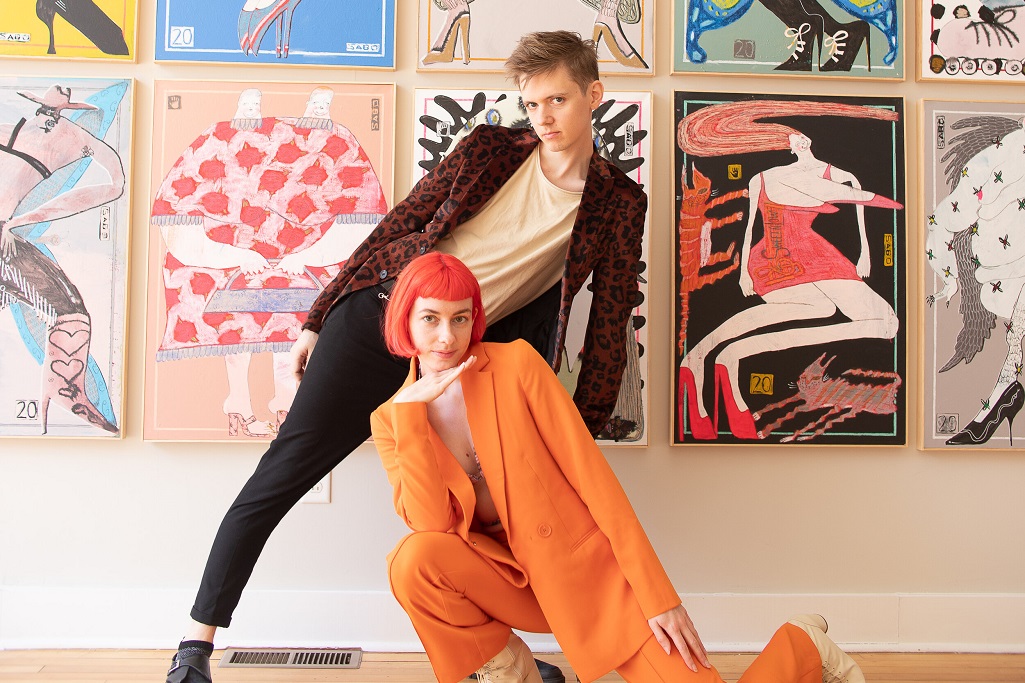 When the NFT (Non-Fungible Token) craze burst forth from the cryptosphere, it was met with equal parts derision and enthusiasm in the art world. Detractors saw another exploitative fad designed to benefit a financial hierarchy, further trivializing and commodifying artistic expression. It was, to them, the digital embodiment of everything wrong with their industry. On the other hand, NFT proponents saw an opportunity to cash in quickly on digital work.

Eden Airlines saw something else entirely. Eden Airlines – a downtown Richmond gallery and artist collective – may not be able to fly you down to Art Basel, but it’s entirely likely you’ll find their work there in the future. Ariel Arakas opened the gallery with co-founder Samuel Walker, a cryptocurrency professional and designer of Metamask Swaps, two months before the pandemic hit.

Arakas, who has a background in app design for blockchain-based companies, says she first encountered NFT technology (a system of blockchain-based digital tokens that give their holder unique ownership over a digital work of art) at a conference, back before that technology was being used to commodify digital artwork. She immediately saw its potential for use in the art world.

Between lockdowns and reluctantly bouncing out visitors who overstayed their socially distanced exhibit viewing appointments, Eden Airlines has somehow managed to bring that potential to fruition.

“I think that NFTs have a lot of new things to offer for artists,” says Arakas. “It’s really easy to understand how to connect an NFT to digital work. But I realized traditional artists were kind of being left out […] So how do you mint an NFT for a physical piece of work? Figuring out how to do that was kind of hard, because clearly it’s a digitally native thing.”

Arakas found her solution in a conversation with friend Calvin Chan, who was starting his own company, Legitimate.Tech, with partner Stamford Hwang. They were using a specialized NFC (Near Field Communication) chip to provide authentication services for luxury item producers.

“These NFC chips, they’re kind of similar to NFTs in that they’re unique, encrypted items,” says Arakas. “You can encode them so they are bound to a digital NFT, and then you can put them in the [physical] work. They can be actually in the work. I have an artist who is really excited about them, and he’s actually putting them under layers of paint in his paintings. Or you can do something as simple as put them on the back of the canvas, or the bottom of a sculpture. So now you have that link between the two things. Obviously you could take the chip off, if you wanted to. But you could also burn the deed to your car. It provides value in linking the two. The NFT in itself adds value, so there’s a benefit for it to be there.”

Arakas says some pieces contain a digital component of the physical piece as part of the NFT, adding a multimedia aspect to the artwork itself. Others don’t. As an artist-centered gallery, she leaves conceptual decisions up to the individual creators. But the benefit of providing a digitally unique identifier within the context of blockchain technology goes beyond transcending the divide between digital and fine art; it provides artists with a previously unavailable safeguard against exploitation.

“We live in a capitalist system for now. Hopefully over time that will evolve, but currently it’s what we live in. And unfortunately, in that system artists tend to be the people that are left behind and have the least amount of protections,” says Arakas. “I think that part of the reluctance to accept what NFTs can do is that people are […] used to not having those protections.”

For Arakas, a big part of the inspiration for the NFC project was watching artist friends attempt to get financial assistance during the pandemic. “When you’re a freelance artist, it’s hard to go to the bank to get a loan. Even over the pandemic, we saw all the big institutions were so biased. And that’s the great thing about a smart contract; it’s free from any human bias,” she explains. “In an institution, you have people making decisions, but a smart contract programmatically applies the same rules to everybody. So it offers a chance to be a more egalitarian thing. And obviously, if only the same people with power are using blockchain technology, then it’s not going to change. But the more people that are educated, that can participate and can use them – then it gives people more freedom.”

To that end, Arakas has programmed her own blockchain platform, creating a Decentralized Autonomous Organization (DAO) and exchange for the artists in the Eden Airlines collective. In practical terms, this collectivizes the business of art while creating value for a mutually supportive community among members. Every time a member sells a piece, three percent of that sale is disbursed among the DAO’s profit-sharing pool. While that number may seem insignificant, the implications are not.

It’s also only a piece of the Eden DAO protocol. When an artist becomes successful, they rarely benefit financially from subsequent sales of their earlier work. This reality fuels the financial disparity between collectors and galleries on one side, and the artists who create the work from which they profit on the other. Written into the Eden Exchange code is an automatic royalty contract; every time a piece is sold and the NFT is transferred, the artist receives ten percent of the sale.

Combined with the safety net of the profit-sharing pool, Eden Airlines is effectively re-imagining what a career in the arts can be, centering the needs of the artist while also cultivating mutually beneficial relationships in the creative community. For Arakas, this is a long overdue innovation, and one she hopes will catch on.

“We hope to make this standardized. We really think it’s important for the royalties aspect to become best practice. It’s way past time,” Arakas says. “This is something that should have existed a long time ago, and there’s just no standard for it. Even doing research to figure out what percentage was reasonable was so hard because there is no standard. There’s no precedent.”

And it is catching on. Chan’s company, Legitimate.Tech, which ended up designing the chips used by Eden DAO artists, has since brought on Arakas and Walker, and is expanding into the art and fashion world. Arakas says other galleries and institutions have reached out to them as well.

“Currently, we’re the only people doing it. But I feel like we’re all very aligned with our goals at the company,” she says. “We have a lot of appreciation for arts and artists, and we really want to change the art world and implement these new standards and best practices to make life better for artists. All artists.”

Eden Airlines is flying in uncharted territory, so it almost feels like a disservice to speculate on the future of the project. For now, they’re working with a fashion company on a runway show for the fall/winter Paris Fashion Week, tokenizing garments so that when one is sold, a percentage of the proceeds will go to the designers and models that worked on the show.

“They’ll be the first people to do that,” Arakas says. And it seems likely that those very words will be associated with Eden Airlines, across every continent of the ever-evolving art world, for years to come. 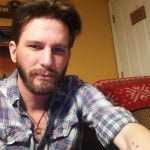