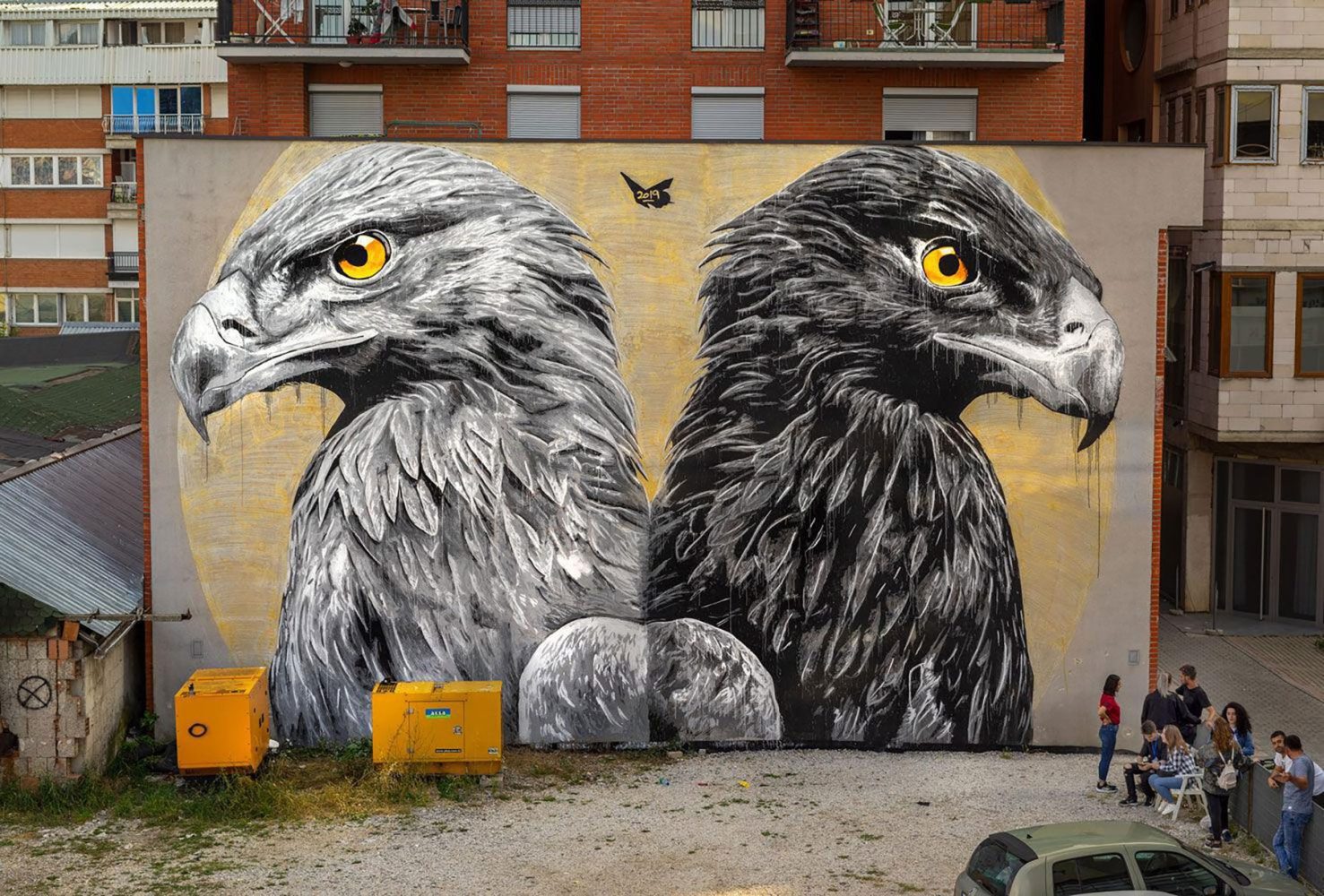 For seven years, Mural Fest Kosova has brought artists from around the world to Ferizaj, Kosovo to create murals in the city. This annual event has produced over 100 murals in Ferizaj and has included participation from several artists from Richmond. Our city artists encountered challenges in navigating Kosovo’s complex history and ongoing conflicts, but were inspired by the role that art plays in helping the community move forward. 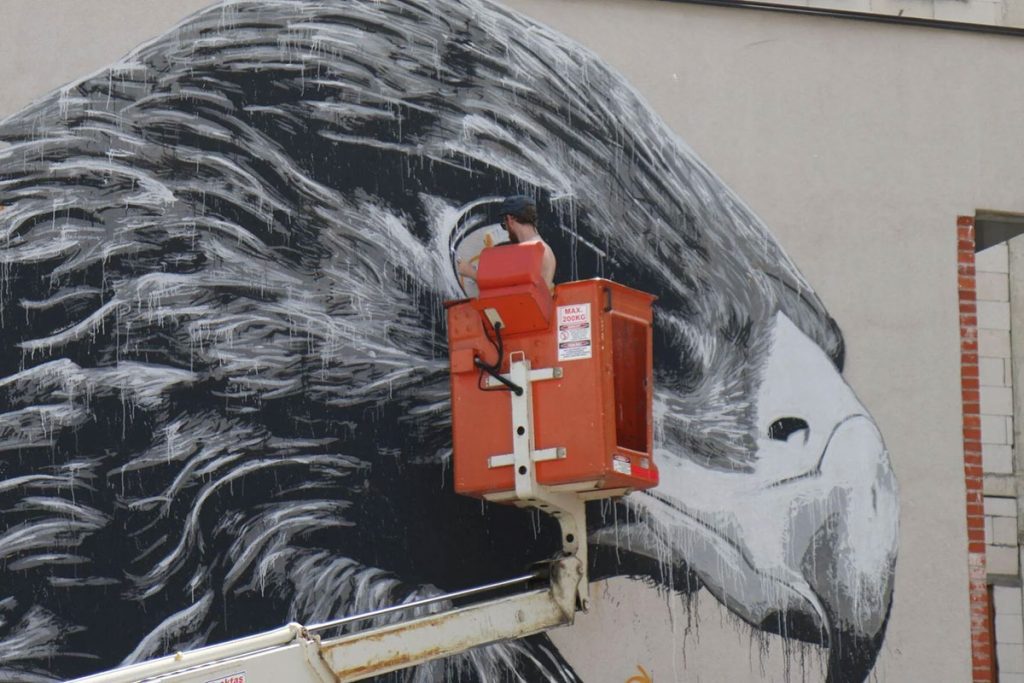 The first Richmond artist to participate in the event, Nils Westergard, faced controversy when he painted a double-headed eagle back in 2019 (shown above), which is used in the crests and flags of both the Albanians and Serbians. The mural was immediately defaced with graffiti and paint by someone who had fought in the war. Westergard chatted with the man and several locals while at the festival to understand their feelings leading to more understanding of the impact of his imagery. 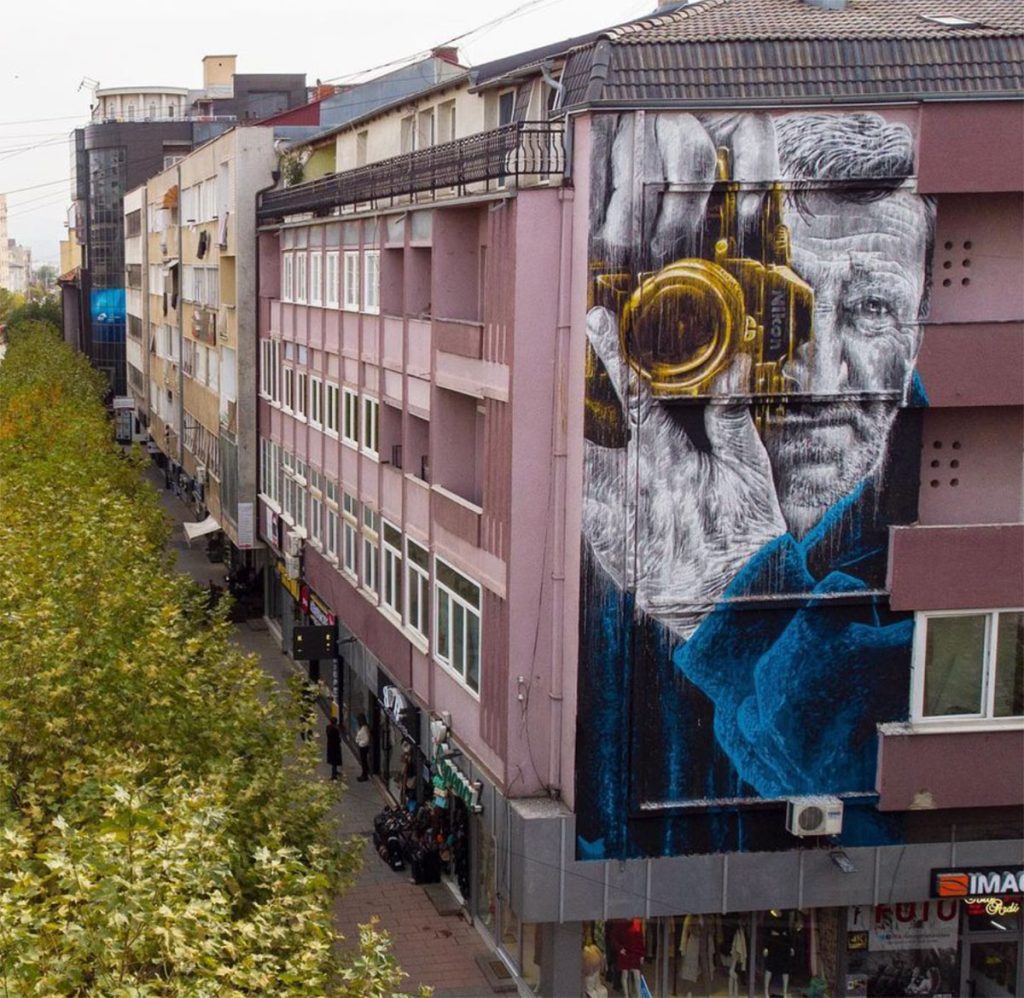 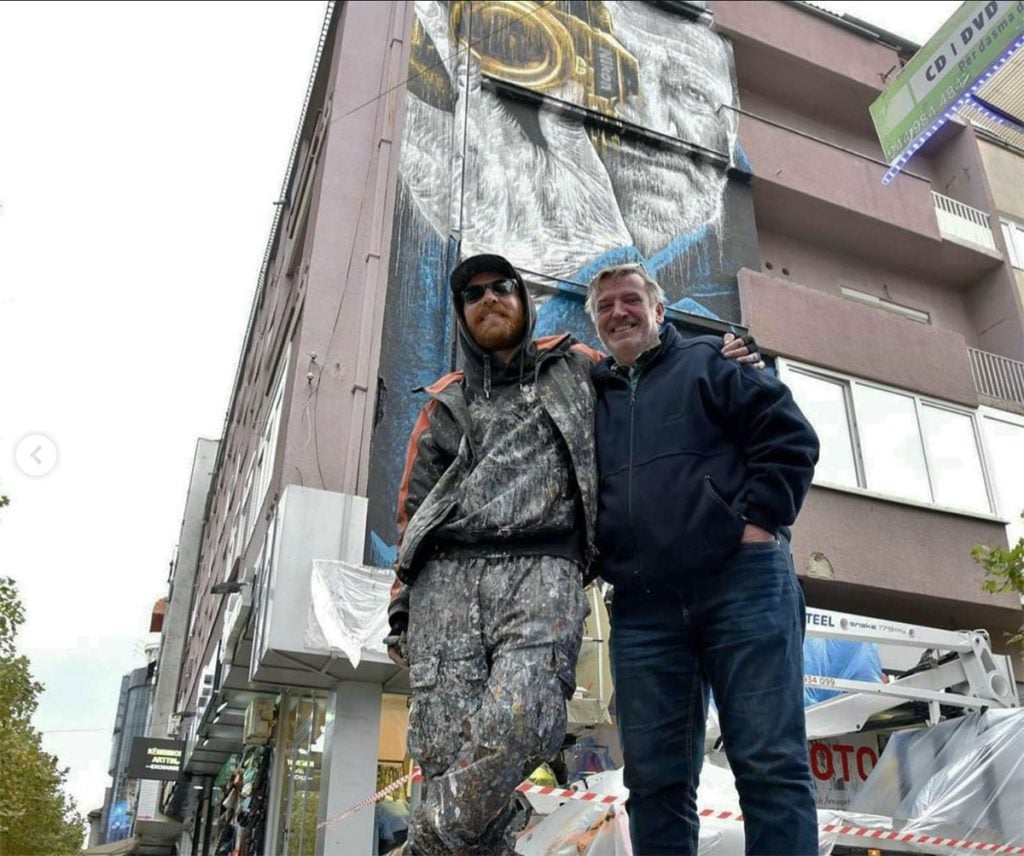 Coming back in 2021, Nils created a mural to honor Hazir Reka a photojournalist who captured the impact of the war in Kosovo on its citizens in a poignant and human way. His photographs, taken for Reuters, have inspired several powerful murals in Ferizaj. When Nils had the opportunity to meet Reka and see some of the photographs he took over the last 25 years, he learned that Reka is now finding and rephotographing the subjects of those older images. The mural Nils created depicts Reka holding a camera that he used during the war, including at the massacre at Račak which brought international attention to the region. The blue, white, and gold in the mural pay tribute to the flag of Kosovo and highlight the importance of photography in Reka’s life.

Mickael Broth, a Richmond artist known as the Night Owl, visited Kosovo in October and installed a large-scale public sculpture at the University of Applied Sciences. The sculpture, a gate inspired by the double-headed eagle on the Kosovo flag, was fabricated on-site using a welder and iron, materials that Broth had never worked with before. Despite the challenges he faced, Broth said that the people he worked with in Kosovo were extremely helpful and welcoming. The theme for the previous year’s MuralFest was “On(Off)line,” and Broth’s gate symbolized the duality of the self, representing how we present ourselves online compared to our true selves. 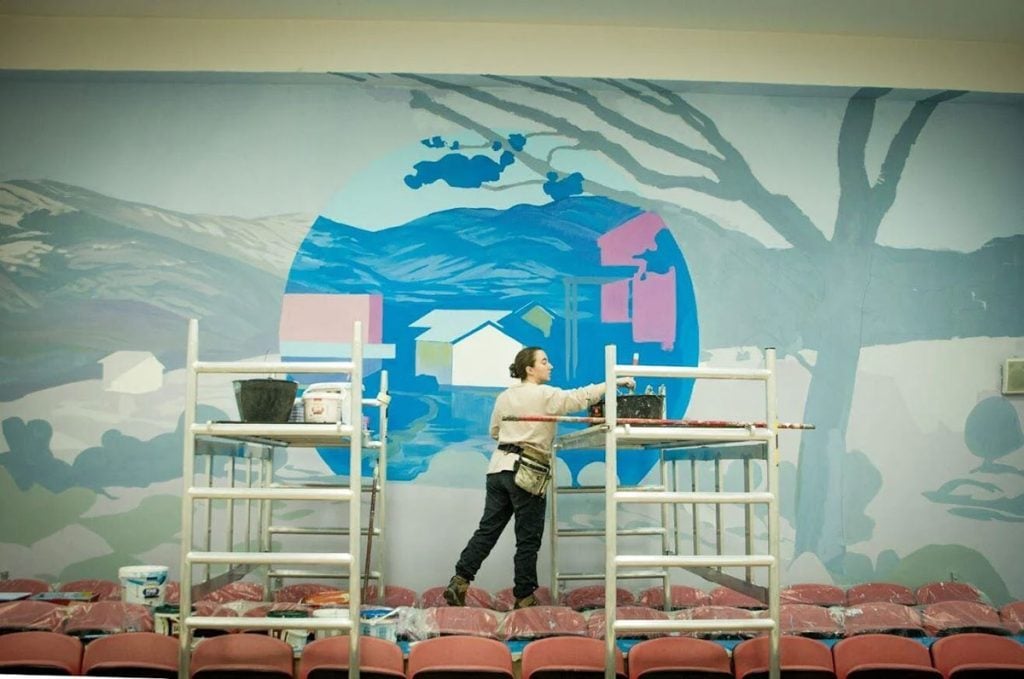 Emily Herr, another artist from Richmond, visited Kosovo last year and participated in the 2021 Mural Fest, which had a theme of “Home.” She created a landscape mural inspired by the Kosovo countryside.

Art can be a powerful tool for healing and bringing people together, and Mural Fest has been contributing to the cultivation of art and cultural heritage in Ferizaj and throughout Kosovo since its inception and its nice to see our city artists contributing on the other side of the world.