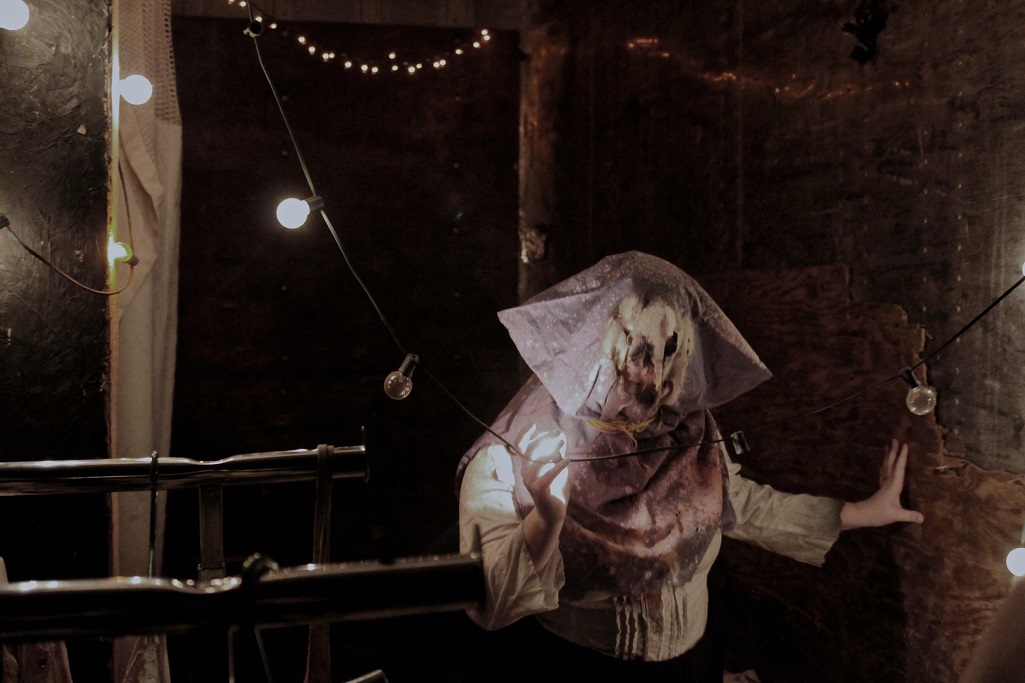 Virginia’s foremost crew of horror aficionados, the Red Vein Army, return all this month with their fourth year of painstakingly-crafted terror at Hanover Vegetable Farm.

If you find yourself near Hanover Vegetable Farm in Ashland any weekend this month and you hear a chorus of blood-curdling screams, don’t be alarmed — it’s just the sound of satisfied customers at Red Vein Haunted House. This past weekend, they returned for their fourth consecutive season at the farm.

This year, some of the horrors that await you are bloody cult members that want you to join them, a crazed bunny man in a straitjacket that likes to skin rabbits, and a pair of diseased, contortionist sisters that even The Shining twins would fear.

Red Vein is more than just garden variety jump scares and standard haunted house fare. Since the haunt’s inaugural season in 2016, they’ve been carefully weaving a story around the fictitious “Ashland Witch,” Emily Redvyn, and creatively expanding on it each year.

According to the lore, Emily Redvyn was an 18th century witch serving a demon, also called Redvyn. She and her husband moved to the Hanover County property that is now the vegetable farm, and she started an orphanage called “Providence Home for Wayward Children.” In 1800, after her implication in the disappearance of several local kids, she was executed for being a witch.

68 years after Emily’s death, a mysterious doctor founded “Redvyn Asylum” near the old orphanage, but it closed shortly after, leaving very few medical records behind. “Providence” reopened in 1930 under new ownership, but most of it was destroyed in a fire.

Red Vein’s story of the Ashland Witch picks back up in 2016 when fictional research organization “Unexplained Virginia” finds the Redvyn compound at Hanover Vegetable Farm. By the next Halloween season, the researchers were all possessed. Last year, a government agency intervened when signs of a plague appeared on the property, and this year, Unexplained VA invites you to visit and witness the decontamination process, as the plague has ravaged the remaining residents of Redvyn.

Infection by this plague is indicated by pronounced red veins on the face, hands, and neck of the afflicted, along with other standard plague symptoms, such as discoloration of the skin and teeth. These signs allegedly appear once every 73 years, and mark the return of Emily’s twins, which she birthed as a continuation of the demon Redvyn’s bloodline.

One twin turned out “perfect,” meaning he has the head of a black goat, and the other was “imperfect,” born as a horribly disfigured, alien-looking humanoid. Since the twins have returned this year, they’re reportedly the big-ticket scare, four years in the making.

But fictional lore aside, as with any centuries-old farm property, there could potentially be a paranormal presence on the land. Adjacent to where the haunt takes place, Red Vein’s management informed me, lies a pet cemetery of sorts: the burial grounds for the deceased animals of Hanover Vegetable Farm. Plus, Red Vein does things in a DIY fashion while operating on a budget, so most of their props that weren’t homemade came from thrift stores, estate sales, and flea markets. Employees suspect that many of these items have sinister stories of their own.

This year’s Red Vein experience is approximately 40 minutes long. Visitors will meander from the asylum to “Rabbit’s Cry” cornfield, then to “Providence” and the family cemetery, ending with a final horrific scene by the smokehouse.

Red Vein Haunted House is not recommended for children under 13. Although they will avoid purposefully touching you, the actors will do everything short of that to intimidate and terrify visitors. They’ll scream at you, run towards you, and invade your personal space. The cult scene even has an interactive option — actors will ask visitors if they will “wear the mark” along with them.

The haunted house is sure to be a top-level scare no matter when you visit, but if you’re a horror fanatic seeking the ultimate immersive experience, Red Vein has just the thing for you. On the last three nights of the haunt, Oct 31 through Nov 2, you can upgrade to the Lambs to Slaughter package. You must sign a waiver and at least be 18 years of age — that’s how intense it is.

Lambs wear glow necklaces to differentiate them from people who just want the regular experience. “You will be touched, pulled from your group, and marked with blood,” says Red Vein chief operating officer Kitty Barnes.

“It’s definitely for people that want the extreme experience,” says Barnes, “But we try to be tasteful about it — you won’t be tortured.” Monsters may even take the shoes off of your feet, but Barnes assured me you’ll get them back.

They tried Lambs to Slaughter for one night last year, and brought it back this season for three nights due to popular demand. Barnes said people raved about it; many of them had already had the regular haunt experience, and returned to Red Vein a second time just for the Lambs to Slaughter night.

Red Vein Army, the collective behind the haunted house, was founded in Richmond in 2011 and has acquired a loyal fanbase over the years. They started out as a traveling actor troupe providing live entertainment at haunt events, and became known as the “ones in the red cloaks.” Earlier in 2019, they opened an escape room in downtown Ashland, and they also run the Ashland Haunted History Tour. They lead a horror book club and a horror movie club in Richmond, both of which meet monthly.

The Red Vein Army consists of about 50 actors and 15 crew members, including prop and set designers, makeup and costume designers and management. Costume director Stephanie Mayton creates digital sketches for characters like the bunnyman and the orphans, and hand-makes a lot of the costumes herself. For the creation of the bunnyman, an escaped asylum patient, she sewed fur into a straitjacket. “I found this peach pleather that looks like skin, so I used that for the arms and painted tattoos on it,” says Mayton.

About half of the 50 actors wear masks, some of which are handmade. The unmasked half of the troupe will be in full-face makeup, showcasing the red veins of the plague, this season’s makeup highlight. But those in masks will have makeup on too — on their hands, neck, teeth (yes, there’s stage makeup for teeth!), and the skin around their eyes.

The artists leave no exposed skin untouched, in order to make their monsters as authentic as possible. All actors’ hands and nails will be filthy, and they supplement makeup with real dirt for that — you can’t get more authentic than real dirt.

It takes a lot of creativity, time, hard work, and sweat to put on a haunt like Red Vein does, but they’re committed to putting in that effort. “Our goal is to advance Virginia as a leading location in the Halloween attraction industry,” says Barnes. Every last member of the Red Vein Army is noticeably dedicated to achieving that goal.

Red Vein Army is a tight-knit, talented, and hard-working group of people that are united in their passion for Halloween and horror. Actors scare their hearts out from 7 p.m. until midnight or later, taking few breaks. Makeup manager Danny Lancaster drives an hour and a half to get to the farm after working his day job as a welder.

The haunt runs every Friday and Saturday through November 2, from 7:30 p.m. to 11 p.m. They’ll also be open until 10 p.m. on Sunday, October 27, and on Halloween, which is a Thursday. Tickets for the haunt are available online, but you can also purchase them at the box office on the farm, which opens at 7 p.m.

Your ticket will have a set pick-up time for when you will be taken via hayride from the main farm to the haunt, which is deep in the woods. So you won’t have a long wait in a line. But there will be an entertainment barn with vendors, live music, food trucks, and activities, so even if you do have time to kill before your turn on the tractor, you won’t be bored.

If you start to feel terrified, just remember: it’s only a made-up Halloween attraction. It’s not real horror. 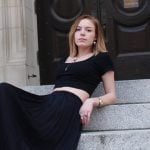