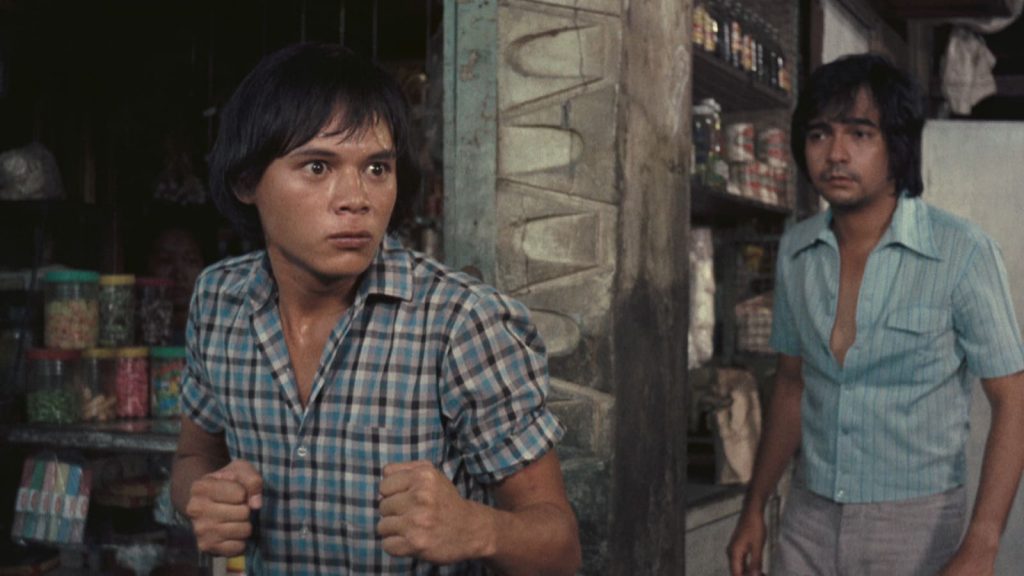 In search of something more rough and real, Pilipino director Lino Brocka’s 1975 docudrama, “Manila in the Claws of Light,” is steeped in social realism in its depiction of the lower-class struggle of a young twenty-something named Julio (Bembol Roco). The film follows Julio into the seedy underbelly of Manila on a search for his lost love, Ligaya, who vanished without a trace.

Ligaya left their village seeking an education and a better future, but never returned home or responded to letters. Julio, now homeless, is seven months into his search when he runs out of money and has to find work to keep his fraught search alive.

Julio eventually takes a construction job that is supposed to pay 4 pesos a week, which only comes to 2.5 pesos, when his new employers say they don’t have the right currency on hand. Since most of the workers are as desperate as Julio, they accept the scam and reduced pay out of necessity.

The bleakness of their situation is made clear early in Julio’s employment, when a friendly worker who befriended him brutally falls to his death while pretending to be a famous singer. The workers are disturbed, but working life quickly goes back to normal after his fresh corpse is removed from the site. Brocka’s lesson for the viewer and Julio is that life in Manila can be decidedly bleak, corrupt, and hard.

Manila itself is a huge presence in the film. The crowded, impoverished, and bustling conurbation, or urban sprawl area, informs so much about the world that Julio inhabits along with a dark neon, noir-like setting, creating what one could call the de facto record of Manila in the 1970s. It is a deeply lived-in realism that establishes a cacophony of political and social strife met by a mixture of human cruelty and compassion.

Julio often embodies the plight of exploited immigrants who live hand to mouth. For Julio there is nothing to fall back on and there is little guaranteed for his future to hang on. His search for his lost love leads him to some compromising places and he eventually does find her, only to learn the horrible truth of her whereabouts.

The film, for all its doom, gloom, and maze of dark, deceitful corners also provides a warmer message around communal self-reliance and charity. Many of Julio’s new friends offer him money, advice, places to stay, and companionship, as he does for them.

The majority of the social outsiders and outcasts that Julio surrounds himself with often look out for one another without any established code outside of compassion. Julio, while not entirely naïve, is quick to learn that even policemen will steal from you as his most precious belongings are taken when he is “arrested.” For Brocka and his characters, corruption is simply a way of life in Manila. Sex too is often a recurring theme and a fact of life in the slums. Having to sell your body to make ends meet is just a reality. Julio, with no money and in the interest of keeping his quest going, eventually succumbs to the lucrative field of being a callboy, recommended to him by a caring stranger who takes him in.

This is a divergence from the novel the script is based on, informed by Brocka’s own experiences as a gay man in Manilla. Julio, like his sweetheart as we unfortunately find out, is also relegated to prostitution but by his own reluctant admission. One of the many ironies of the film is that Julio ultimately succumbs to the same fate as his lost girlfriend. However, the difference in Julio’s new job is that Ligaya does not have agency or choice in the matter. Julio is given considerable warmth at his new job and Brocka gives a new, more complex perspective on those in the sex work lifestyle than simply deriding it.

Brocka was highly praised for his contribution to cinema at large when “Manila” was released 43 years ago for having constructed a raw and unflinching tale of doomed love and social discord in his native land.

“Manila and the Claws of Light” arrived on Criterion and U.S. home video for the first time on Blu-Ray and DVD. The release has a beautiful 4K transfer and probably has never looked better. Lino Brocka was unfortunately killed in a car accident in 1991 and wasn’t involved in the release, but the film’s cinematographer Mike De Leon supervised the transfer along with help from the Film Development Council of the Philippines, the Cineteca di Bologna, The Film Foundation’s World Cinema Project, LVN, and Cinema Artists Philippines to create an astonishing presentation of a landmark film in Pilipino cinema.

Included in the supplemental material is an introduction by filmmaker Martin Scorsese, who spearheads the World Cinema Project. It is intriguing to juxtapose Scorsese’s “Taxi Driver” to “Manila” as they came out around the same time and have very similar themes. Also included are the documentaries “Signed: Lino Brocka,” a 1987 documentary about the director by Christian Blackwood, “Manila . . . A Filipino Film,” a 1975 documentary about the making of the film, featuring Brocka himself and the actors involved in the production. These are some invaluable artifacts in understanding the director and his search for artistic satisfaction during the time. There is also a new interview with critic, filmmaker, and festival programmer Tony Rayns. Finally rounding out the release is as always an essay by film scholar José B. Capino.

A lot of care went into this release and “Manila” stands as Brocko’s art-house magnum opus and well worth the exploration into what Pilipino cinema has to offer. 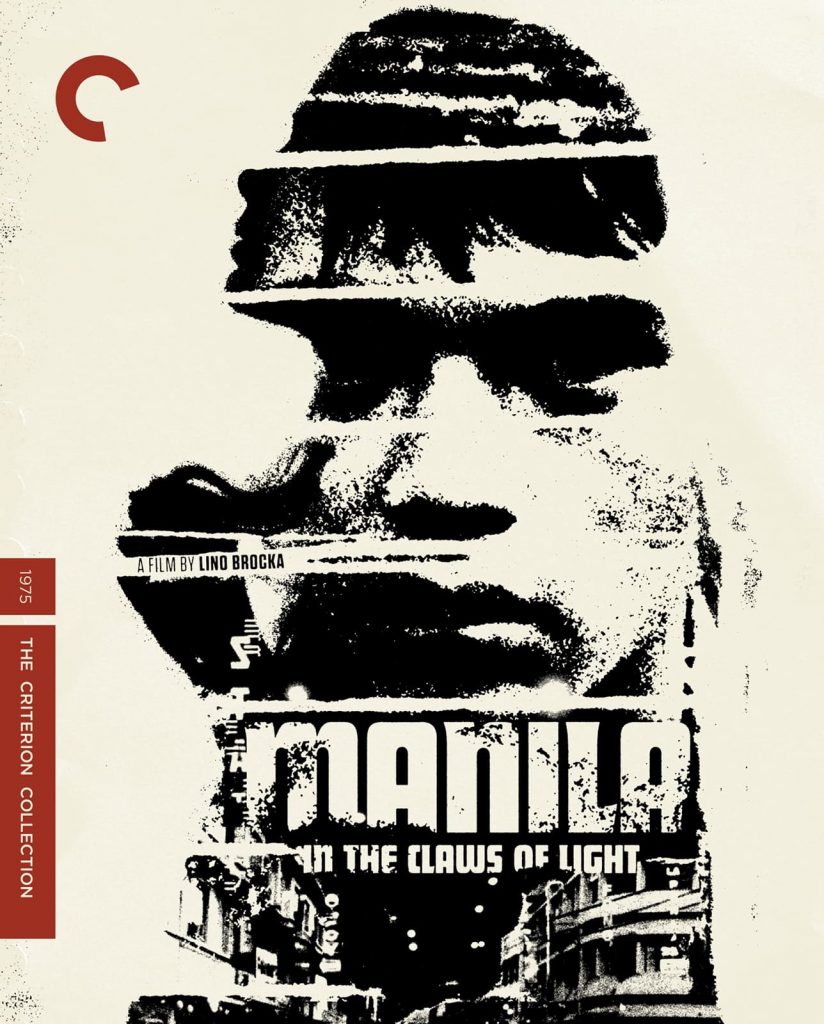