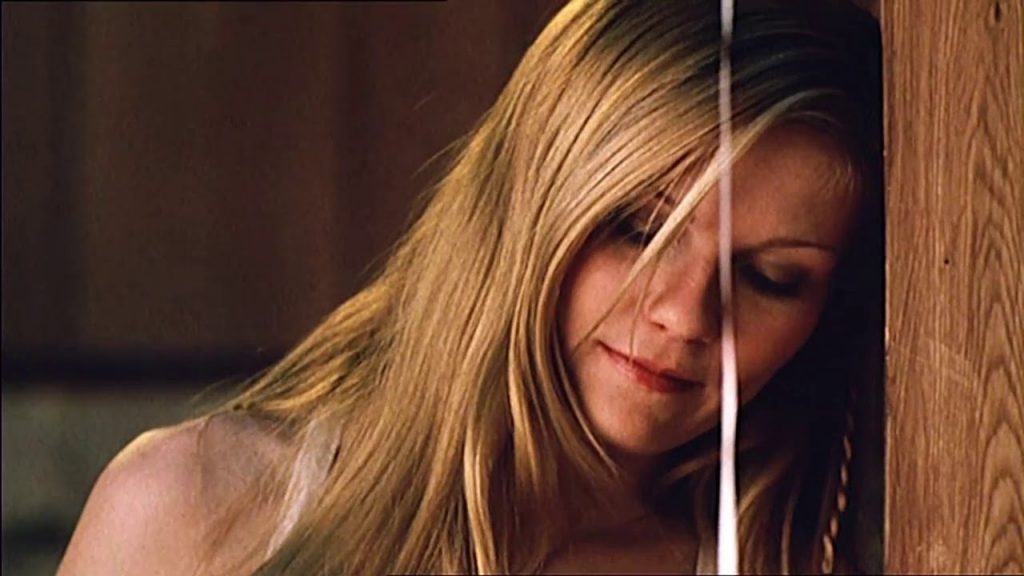 Sophia Coppola’s brilliant and vibrant 1999 debut “The Virgin Suicides” follows a group of teenage boys (now men 25 years later) obsessed with the five teenage Lisbon sisters, fixating on their lives just prior to their mystifying, premature deaths. Adapted from Jeffrey Eugenides’ novel, the film faithfully captures not only particular melancholy and ennui of youth, but also the romanticism of young obsession, pining, and desire. The boys cultivate their fascination of the girls by collecting various artifacts and sharing their fragmentary knowledge with one another. In doing so, they hope to piece together the evidence to unravel the mystery of the sister’s eventual downward spiral, and their seemingly just as perplexing self-demise. For years following, the boys would gather and deliberate every minute detail amongst themselves; hoping to find some new theory to add to their reverie of events.

The renowned Lisbon sisters, totaling in five, are outwardly ordinary outside of their opulence of beauty and seamless mystique in all things girl. Coppola stylishly conjures scenes of the sisters laughing, playing, posing in amber fields with even a unicorn fill the boy’s imagination of what their world must be like and how they must live. With each sister more distinct and enigmatic than the next, the girls in these young men’s imaginations habitat in this hazy, dreamlike fantasy that they hope to one day somehow comprehend or be a part of. The boys surmise that these sisters are all really “women in disguise”, sophistication they can only sense but never quite articulate or hope to fully fathom. It isn’t until the youngest girl Cecilia (Hanna Hall) slits her wrists, much to the surprise to everyone in their quiet Michigan suburb, that something seems amiss in this world of dreamy sisterhood.

To help the girls feel better, their panicked and overly protective parents (Kathleen Turner & James Woods), throw a party for the recovering Cecilia, her worried sisters, and the eager to mingle neighboring boys. Mr. Lisbon is a boring math teacher and mostly impotent when it comes to raising his daughters while Mrs. Lisbon is rigid and scared to death of her daughters possibly sinning or maybe just growing up. While the party seems to be going well, out of place Cecilia eventually retreats from the festivities and horrifyingly impales herself onto the garden spikes outside her window for the entire party and neighborhood to see. The devastating death sends the already fragile Lisbon household into a tailspin of heavy control.

Lux (Kirsten Dunst) is perhaps the centerpiece of the sisters and even the wandering “Lolita” of the girls. While only 14, she’s as development and womanly as the oldest Lisbon sister and starting to be noticed by not only boys in her school but by the men as well. She seems mostly aloof but put on by her new control over the opposite sex. Enter Trip Fontaine (Josh Hartnett), a recently emerged from baby fat teenage stud enters the picture. He’s currently consumed with sex and beauty, as the girls are swooning over him in masse. Trip falls hard for initially uninterested Lux, who he successfully woos by whispering into her ear that she’s a “stone cold fox”, a daring maneuver. After a very awkward family date with the Lisbons, Trip secures Lux and her sisters for one night for his friends to take to prom, baring the boys get them home in perfect condition.

The heavily chaperoned dance goes splendidly and shortly before the night ends, Trip and Lux sneak away to the football field to relieve their hormones. We see the two teens clawing and grinding each other as the headlights of the cars pass by, knowing that the night has given away its innocence. But once the idealism was gone, Trip finds he is now disenchanted and afraid of what he has done and flees into the night. Lux wakes up alone on the football field, prom queen tiara in hand, having been abandoned by Trip after presumably deflowering her and ending their dream. Trip recounts this event in rehab, qualifying the event as the only taste of true love he ever felt.

The Lisbon sisters are punished, subsequently taken out of school and are rarely seen outside of their home, only communicating with the boys with postcards and playing popular songs over the phone to them. Communication becomes sparse until the boys get invitations to sneak out with them. After heading over in the dead of night and being let into the house by Lux herself, the boys discover one of the girls hanging in the basement and scurry to flee, finding another one with her head in the oven. That was the last they ever heard from them, as all four have killed had themselves, and thus cementing their legacy into their minds forever and never knowing “why?”

As the memory of the girls starts to fade, the final summer of boyhood concludes with attending a lavish party, ironically celebrating the horrible smell around town left by the tree fungus that had spread leaving the stench of algae in the air. The town smelled like death beyond just the recent string of suicides. Prior to all of this, the remaining Lisbon sisters once protested the tearing down of Cecelia’s favorite tree out in their yard, as it was supposedly her favorite but it was already dead and festering the disease. The idea of a Copycat Suicide (or suicide contagion) is thought to be prevalent among teenagers, especially currently with the rise of social media.

The film is actually humorously dark at times. The news report about the girl who accidentally poising her grandmother before she can eat her own death dessert shouldn’t be exactly comedy, but it somehow is. The juxtaposition of the cheesy evening news report and her guilt-ridden description of her failed attempt at suicide remain just as unnerving as comical. Just like the strange foreign boy who jumps from the roof of his house for a girl who simply went away for the summer, as if to see if God would reward him in his sacrifice. The film is nuanced and complex enough to find you to keep coming back and examining the undercurrents at play over and over, much like the men who can’t let go or forget the Lisbon sisters or what they represented.

“You don’t understand me. I’m a teenager. I’ve got problems!” yells one party-goer as he drunkenly mock-dives into the pool, as if to end his own suffering. With that belittlement, “The Virgin Suicides” seems to reject the condescending of teen suicide or at least takes the act seriously, even if it is seemingly shortsighted. “The Virgin Suicides” is still today a rather controversial novel, as it deals with not only budding sex but death among teenagers and how they intersect with the family dynamic. The more we see of this dynamic, the more red flags there are. We see Mrs. Lisbon adding layer and layers of fabric to the girl’s prom dresses to they resemble “four identical sacks”. This fear of her girls becoming women leads to a perpetual need to overprotect, eventually rising the girl’s lust for life through travel magazines and the dangers that could await them.

Coppola’s take on the film is fairly faithful and simply exquisite in tone and execution. It never feels simplistic or overtly sentimental. While a rather dour subject, the film never feels bogged down with any saccharine or torrid love affair that often places similar work of teens that depart before their time. It is subjectively told through the boys’ memories, but objectively told through Coppola’s own beautifully eccentric vision of that.

“The Virgin Suicides” comes to the Criterion in a new 4K digital restoration, supervised by cinematographer Ed Lachman and approved Sofia Coppola herself, complete with a 5.1 surround DTS-HD Master Audio soundtrack. This is the first time the film has gotten a Blu-Ray upgrade, so this is a huge upgrade. Like last year’s Criterion release of 1999 “Election”, the film looks noticeably sleeker than before and maybe not specifically the same color you might remember. Brand new interviews with Coppola, Lachman, actors Kirsten Dunst and Josh Hartnett, author Jeffrey Eugenides, and writer/blogger Tavi Gevinson are included and are enlightening. Gevinson’s inclusion is rather unique as she is merely a fan of the film and often wrote about her emotional connection to the film from her vantage point of being a teenage girl discovering the film. Brought over from the Paramount DVD release is the making of a documentary directed by Coppola’s mother, including behind the scenes footage and cast and crew interviews. Coppola’s short film, “Lick The Star”, is also included and shows off her early promise of being able to enthuse young actors. The music video for Air’s “Playground Love”, featuring the cast, is also included. Making it a very family-oriented packaged, it was directed by Sophia’s brother, Roman Coppola. The film’s trailer and an essay by novelist Megan Abbott is included, making this release well worth the wait.

Available on Blu-Ray and DVD

There are very few casual fans of Kevin Smith's View Askewniverse. Most fans dive deep into the depths of the world he has created and are... READ MORE

Lots of people in this world love music, but it's a rare soul who chooses to go beyond their enjoyment of music to become active members... READ MORE

Arcani is a prolific guy. Born Isaiah Carter, the Richmond-based photographer came to RVA from Yonkers, New York when he was in middle... READ MORE

There are very few casual fans of Kevin Smith's View Askewniverse. Most fans dive deep into the depths of the world he has created and are... READ MORE

Lots of people in this world love music, but it's a rare soul who chooses to go beyond their enjoyment of music to become active members... READ MORE

Arcani is a prolific guy. Born Isaiah Carter, the Richmond-based photographer came to RVA from Yonkers, New York when he was in middle... READ MORE