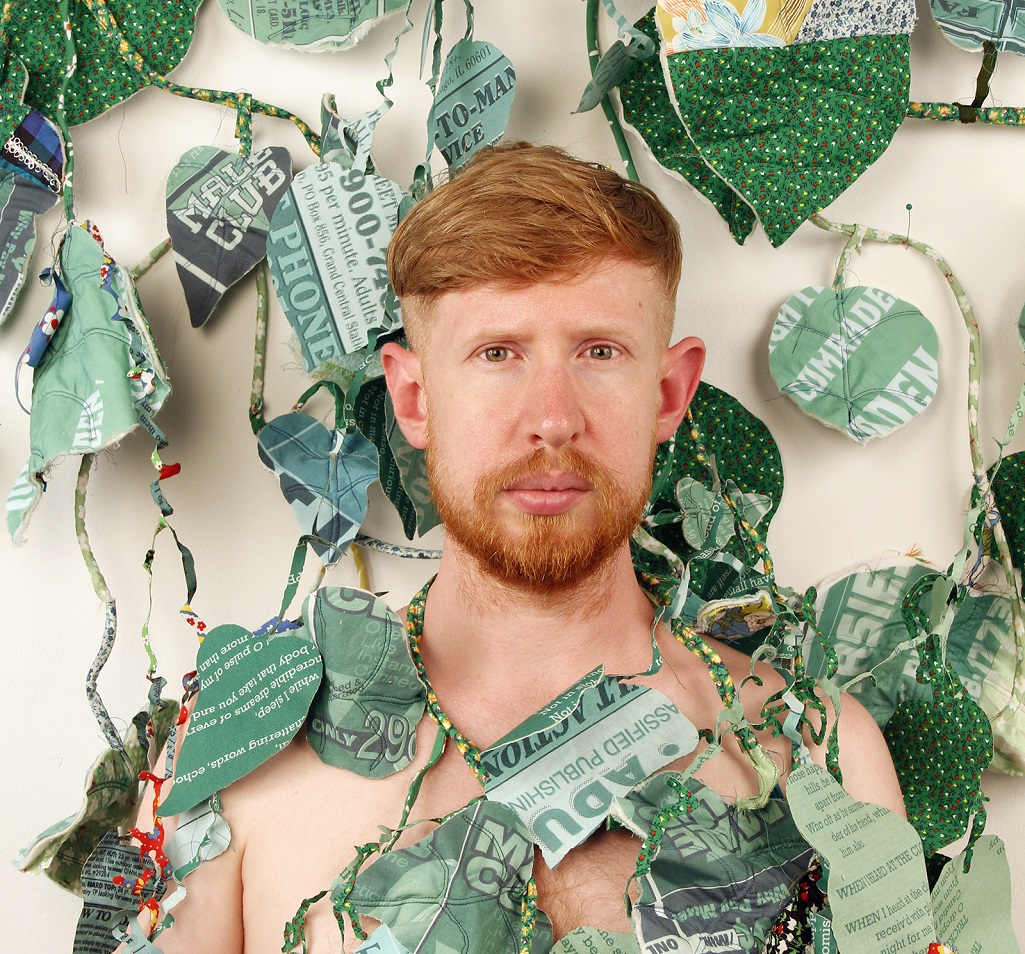 “I’m not usually this busy,” says Aaron McIntosh when I finally track him down at Baltimore’s School 33 Art Center. In the process of setting up the first public showing of his Invasive Queer Kudzu project, he’s been hard to pin down. It’s no surprise — the multi-layered installation of cloth leaves sewn together into quilts designed to look like kudzu vines is the culmination of three years’ work for McIntosh, an artist and professor in the Craft and Material Studies Department of VCU’s School Of The Arts, and he wants it to be perfect.

The article originally appeared in RVA #33 Summer 2018, you can check out the issue here, or pick it up around Richmond now.

Invasive Queer Kudzu is bigger than just McIntosh, though — it incorporates thousands of stories from the LGBTQ community of the American South. “The project tackles the intersectional ways that queerness and oppression function in the South,” McIntosh explains. “[It uses] kudzu as a metaphor to talk about exponentially growing queer stories across the South, invading the dominant Southern narratives that often don’t include stories like yours and mine.”

To bring the project to fruition, McIntosh has spent the last three years crisscrossing the South; facilitating workshops, collecting stories from LGBTQ archives, and setting up booths at Pride festivals in cities all over the region. He has collected thousands of stories, in the form of kudzu leaves — enough to create a huge quilt of kudzu vines.

Quilting comes naturally to him. “I’m a fourth-generation quilt-maker myself. All of the craft processes I grew up around were for the useful and the purposeful,” he says. But as he grew, McIntosh was drawn to a more artistic approach. “I got into making clothes, and initially wanted to go into fashion design,” he says. “I also painted in high school and am just as interested in painting and sculpture as I am in quilt making. I feel like my primary focus is hitting its stride, combining and conflating all of those things.” 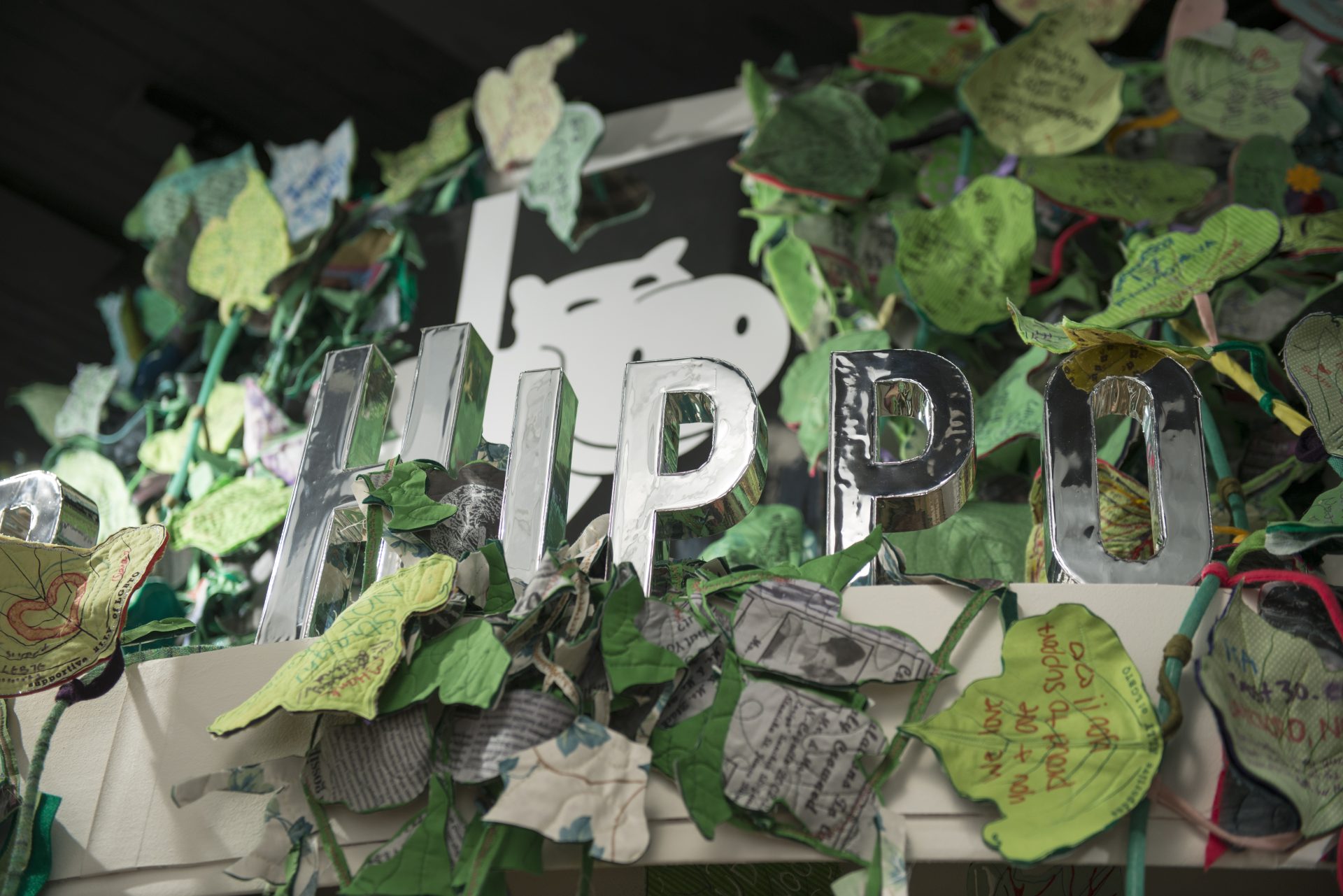 His decision to do so in the form of kudzu was inspired by his experience helping elderly relatives tend their gardens. “Pulling a lot of weeds, and being back in that space, that activity, with my family,” he says. “Particularly pulling things that I do know have nutritional value, and some people eat them in fancy salads, but my family pulls them and speaks of them in negative ways.”

Kudzu is often discussed in negative ways, due to its tendency to overtake fields, trees, and even buildings, under the noses of unwary inhabitants. But McIntosh views it through a different lens. “These are plants,” he says. “Weeds have been here for aeons; these are things that grow of their own natural volition. People grow and do things of their own natural volition. And culturally, there’s a framework for deciding what is different, and what is other.”

The metaphor for queerness here is obvious. And that drew McIntosh in. “Since I was a child i’ve been interested in why something’s different,” he says. “The second I learn that it is, I want to know more. I think that’s the root of my queerness, the roots of my interest in being an artist in general, and my gravitation towards fiber arts — which are ‘wrong’ for my gender, to think in traditional norms.” 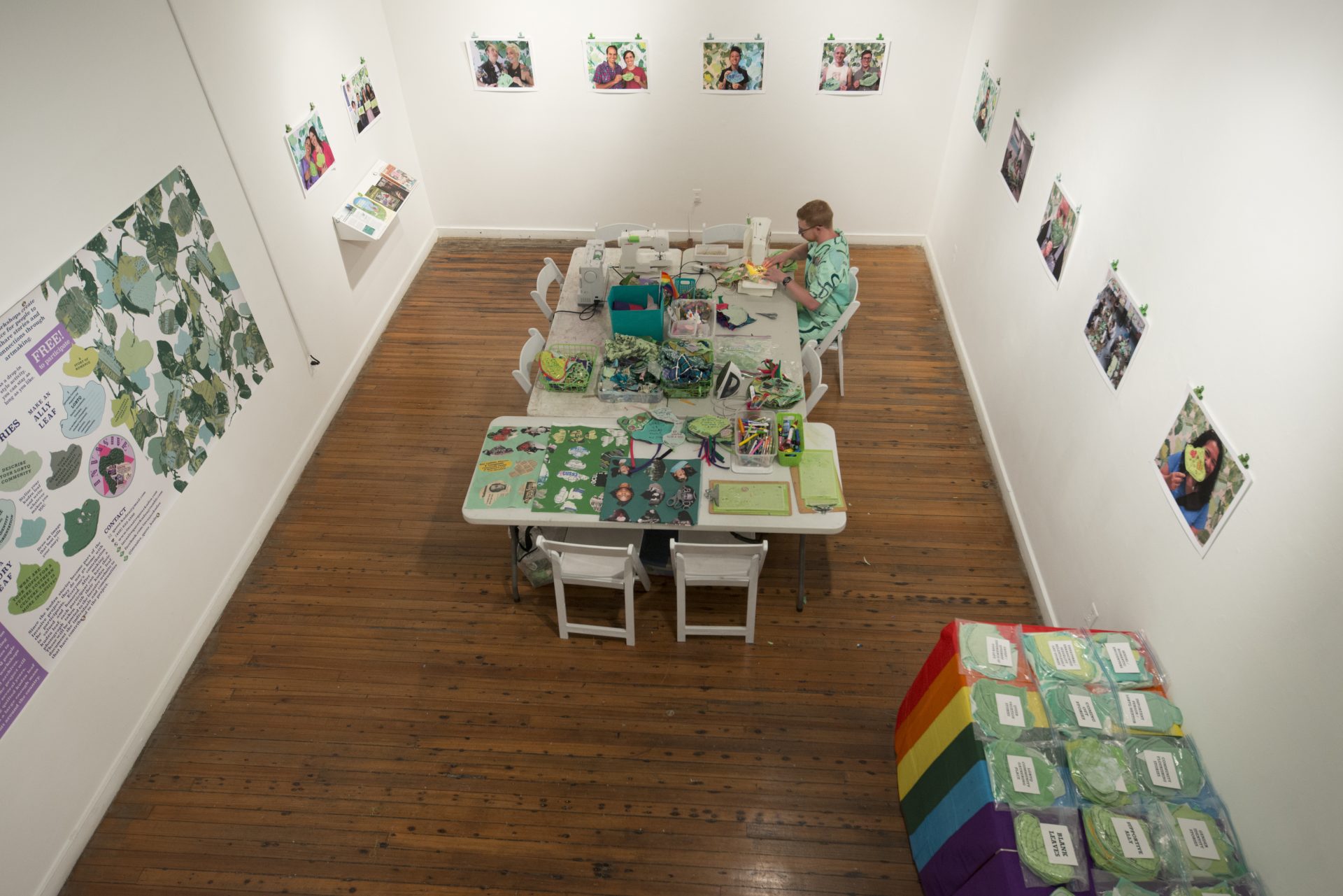 Now that McIntosh, with essential help from volunteers, has assembled the many different contributions into vines, he’s taking the project’s public installations to the next level. For Invasive Queer Kudzu’s first appearance in Baltimore, McIntosh and volunteers assembled a nearly full-scale replica of Club Hippo — a now-defunct gay bar that opened in Baltimore in the late 70s — right in the middle of the gallery. “It’s built as a monument in memoriam to itself,” McIntosh says.

This is the ultimate aim of the Invasive Queer Kudzu project: “taking over problematic monuments to the South,” in McIntosh’s words. “That’s very loosely and broadly defined,” he explains. “When you think of a monument you probably think more readily of the Jefferson Davis monument [on Monument Ave] — or the Alabama State Capitol building, which is the former Confederate Capitol in Montgomery, Alabama. Now I’m staring at the Club Hippo, which is a different kind of monument — a monument to a gay bar that is no longer.”

In the coming years, McIntosh will be bringing site-specific installations to cities all over the South — and Richmond is next on the list. 1708 Gallery will host Invasive Queer Kudzu in 2019, when the vines will be reconfigured to cover an as-yet-unrevealed Richmond monument. McIntosh is also working on a project with Side By Side and the Visual Arts Center, to bring LGBTQ youth and their families together for what he calls “a really humongous queer quilting bee.” 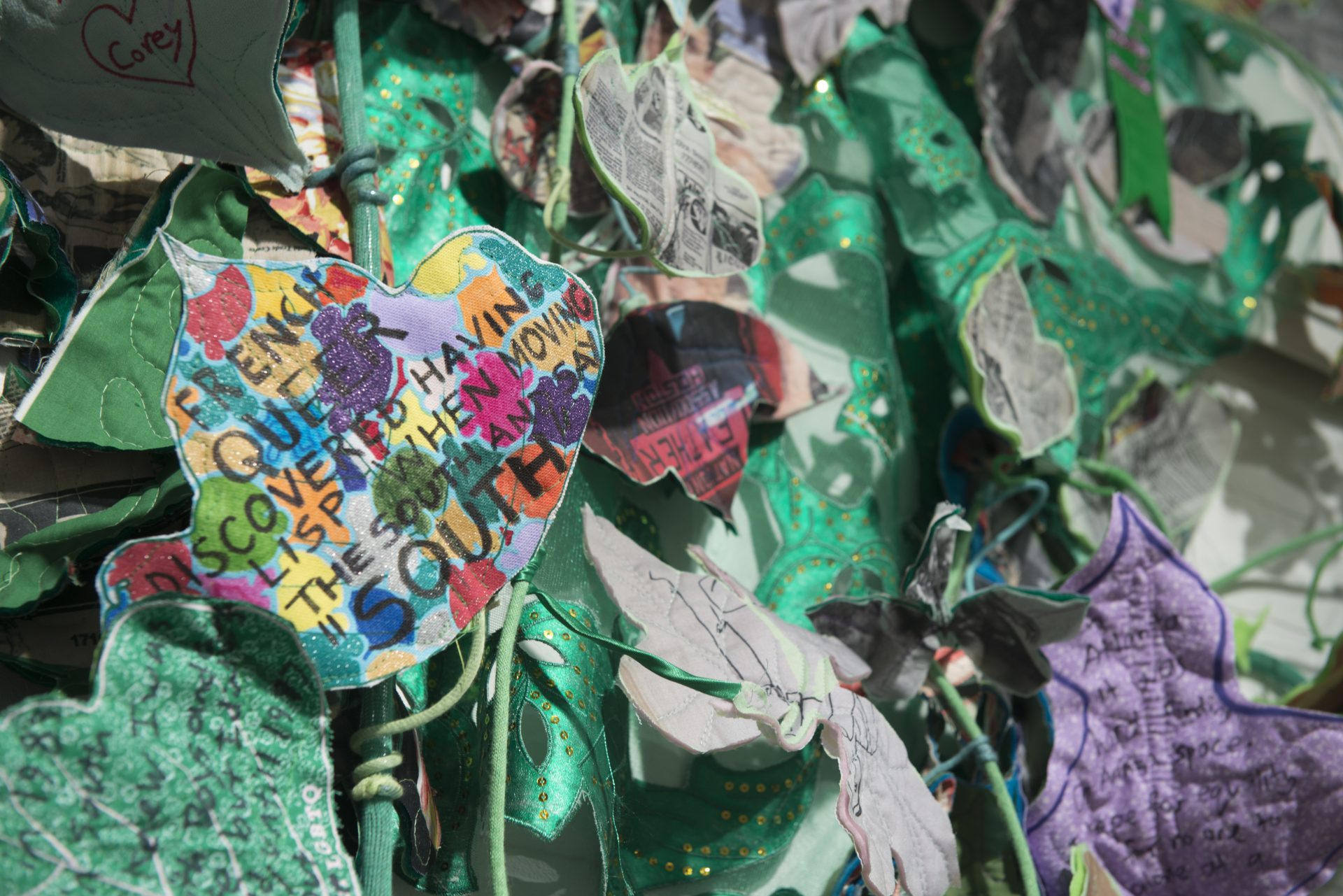 “I had always hoped that this project would highlight different queer organizations that are doing the same thing I’m doing, but with more tangible results,” McIntosh says. “What Side By Side is doing is in many ways more important than what I’m doing, and I’m really excited for the project to connect with these kinds of organizations.”

“I’m excited most of all to bring different generations together,” he says. “That’s something that is really present in this project. You’re looking at archival documents from a queer past in the South, and all these contributions from people in the present. I think intergenerational queer activities are something we could all use right now.”