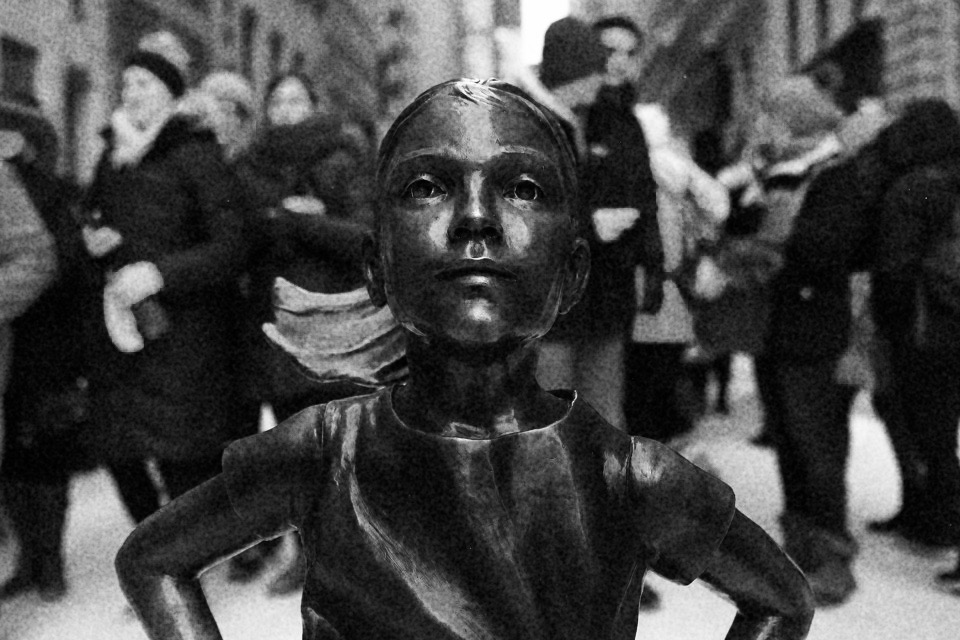 In what can only be described as universal and near cosmic irony, the investment company in New York City behind the “Fearless Girl” statue on Wall Street, is being forced to award $5 million in damages to 300 women and 15 African American employees. According to a federal audit of the group’s parent company State Street Corporation, the firm habitually paid their women and African American workers less than their white male equivalents – in stark contrast to the message set forward with their ‘fearless girl’ marketing campaign.

According to the conciliation agreement acquired by RVA Mag between the Department of Labor and State Street Corporation, the latter had discriminated against women in senior executive positions by compensating them less in salaries, bonuses, and other financial perks than that of their male colleagues – the same was found for African American employees. The federal government informed State Street Corporation of their audit in March of this year, the very same month ‘fearless girl’ appeared on Wall Street.

Obviously, the investment company had a different take on the federal audit. “State Street is committed to equal pay practices and evaluates on an ongoing basis our internal processes to be sure our compensation, hiring and promotions programs are nondiscriminatory,” the firm stated in a release. The release concluded with, “While we disagreed with the OFCCP’s analysis and findings, we have cooperated fully with them, and made a decision to bring this six-year-old matter to resolution and move forward.” 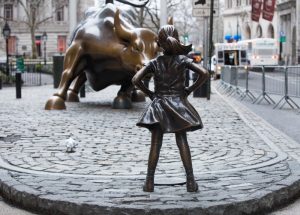 ‘Fearless girl’ has not been without controversy, and from the moment she landed on the bustling thoroughfares of Wall Street, her presence has been subject to a contentious debate on the meaning and role of corporate art. Far from being a organic work of art meant to relay an authentic message about the role of gender diversity in the world; ‘fearless girl’ was created by the agency McCann New York in a marketing stunt for State Street Corporation to bring attention to one of their index funds which uses the acronym SHE during trading.  This is in contrast to the ‘charging bull’ created by Italian artist Arturo Di Modica which was placed under cover of darkness in a guerrilla art campaign launched in 1989 to symbolize American resiliency and spirit after the stock market crash. According to Modica’s spokespeople, “The Charging Bull no longer carries a positive, optimistic message. Rather, it has been transformed into a negative force and a threat.”

Nonetheless, no amount of prestigious advertising awards can change the findings of the federal audit which highlighted the discriminatory business practices of State Street Corporation towards women and African American employees. The role of commercial art, marketing, and advertising and how that is used to convey messages on critical social issues will continue to remain contentious for some time and is not made any better by the glaring double-standard of the company who commissioned ‘fearless girl’.