Local artist Chuck Scalin helped to organize a coloring book in 1969 almost by accident. He recalls that he and his wife, fellow artist Mim Golub, were avoiding the summer heat with some friends.

Local artist Chuck Scalin helped to organize a coloring book in 1969 almost by accident. He recalls that he and his wife, fellow artist Mim Golub, were avoiding the summer heat with some friends.

“It was very hot, and we didn’t have much air conditioning,” Scalin said. “We went to a friend’s house, we were sitting around the table, and we said, ‘let’s do a project together.’”

One of their friends, Jeri Helfgott, suggested a coloring book, and so they created a book with contributions from other VCU faculty artists. The book, called, “A Coloring Book by Fifteen Artists who Somehow Came Together and Became Friends,” sold out at the VCU store.

Scalin didn’t think much about the book until he Googled himself on a whim a couple of years ago, when he found out that the book had become a collectible. Scalin organized 30 artists, with 11 returning from the original book, to create a revival project in 2014 called, “The Artists Coloring Book.”

However, while compiling a list of artists he could potentially include in the 2014 book, Scalin compiled a list of over 60 artists- far more than he could include in the single volume. Now, in 2016, “The Artists Coloring Book: Volume 2” will highlight the work of 30 Richmond artists who haven’t been featured in any previous volumes. 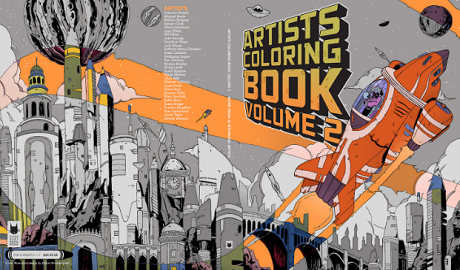 Scalin wasn’t sure that he wanted to organize another coloring book at first.

However, with the help of Golub, working as artist liaison, and local publisher Chop Suey Books, the new coloring book became a reality. 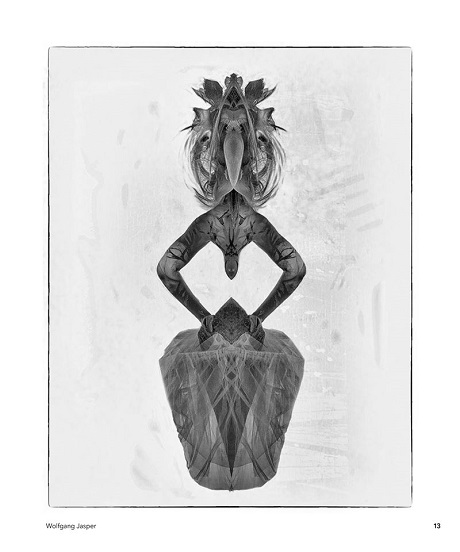 The 30-page book showcases a unique gallery of artistic work where each contributing artist, each with their own style and proclivities, works within a grayscale to fit the coloring book format.

Richmond painter and muralist Chris Milk Hulburt, used his contribution to the book as an opportunity to return to the simple practice of drawing. He explained that most of his work now is painting, either on wood or as a mural, so he doesn’t often have the opportunity to just draw.

“I sort of had to backtrack and reaffirm the fact that I could take a pen and just draw something,” he said.

Hulburt’s piece in the coloring book features a man riding a bicycle, an image which has become deeply connected with both his life and his work. He uses his own cargo bike to transport his art, but in the course of becoming an “avid” bicycle rider, it’s become something more. 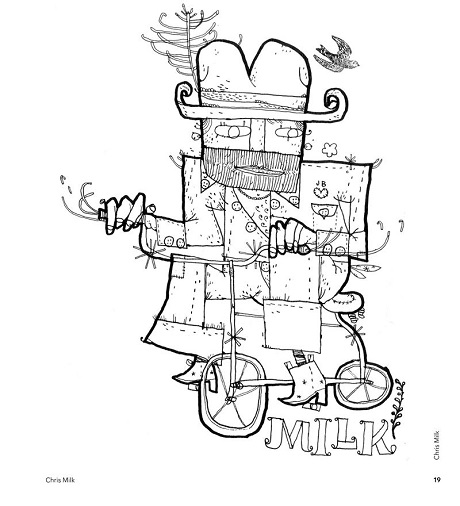 “It’s something that’s grown to be not only part of my life, but part of my art,” he said. “I ride around and think of ideas and see things and see the world.” 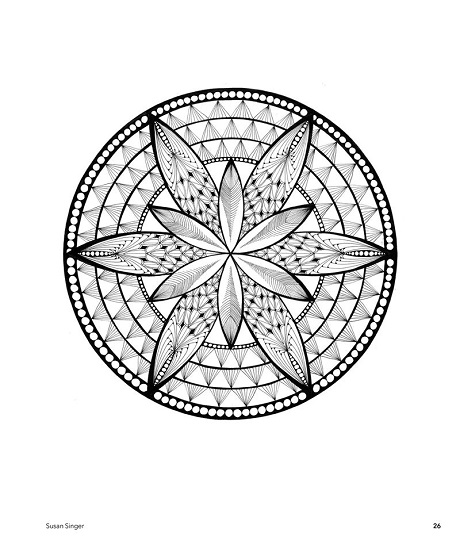 The book launch will take place at Hardywood Park Craft Brewery on next Sun., Sept. 18th, from 3 to 6 PM. Multiple contributing artists will attend and be available to sign copies of “The Artists Coloring Book: Volume 2.”

You can also snag a preorder copy at Chop Suey Books’ retail location for $29.95 here.