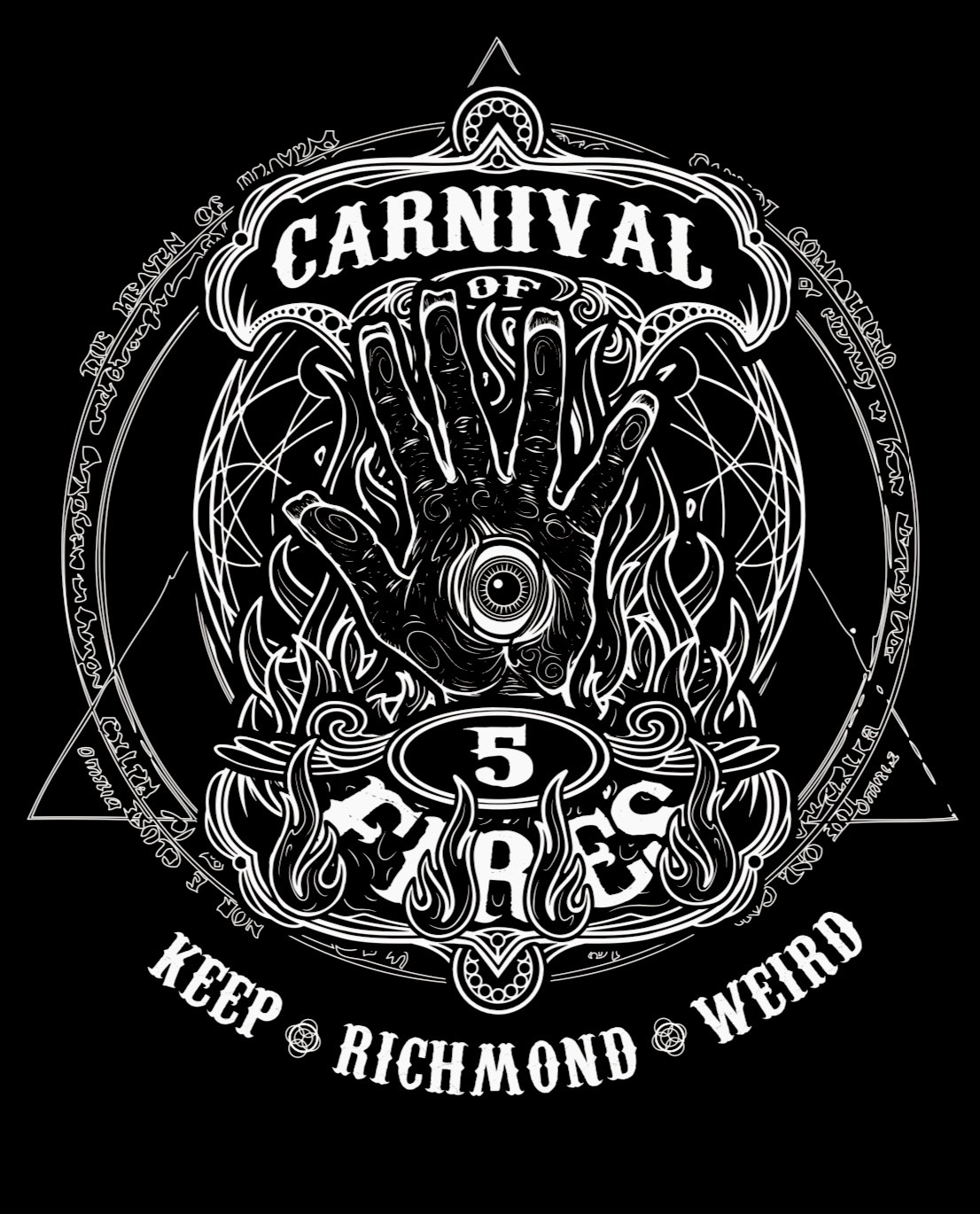 First Friday in the Arts District is one of the best monthly traditions that Richmond has, one that residents flock to, as well as other people from up and down the East Coast. For the better part of 17 years, Gallery 5 has been at the forefront of this experience. First Friday is a celebration of the arts and creative culture, and Gallery5 has made it their mission to be not only a harbinger but a nest for the strangest kinds of art to brood and flow forth from. This Friday October 7th, from 5 to 11 PM, and for one night only, the gallery will be hosting its legendary Carnival of 5 Fires: a (usually) annual exhibition of the strange and glorious kind of art forms that only a city like Richmond, Virginia can foster. Gallery5 will put a trove of unique artworks on display from over a dozen artists for the public to witness in awe, as well as a variety show, bands, DJs, and now partnering with Richmond Moon Market to close the block for around 30 vendors.

I caught up with Parker Galore, one of the original members of the team that opened Gallery5, now member of the board of directors, and main organizer of the Carnival to talk about the event and what will be featured this year. Despite living just down the street years ago and passing by on many a First Friday, I had never actually been inside the gallery, so Parker met me at the front door and ushered me inside to show me around. He explained the repairs and ownership change the building had undergone recently, and spoke of the loss of their former upstairs space, but also all the great new things that are going on — like the moving of their stage, and the art gallery space that they have set up just inside.

After the tour, we moved down the street to Lift Coffee to talk about the inspirations for the Carnival, the history behind it, and what exactly Parker sees in the future for this unique and interesting celebration of Richmond weirdness. “I look at [Carnival of 5 Fires] as being a yearly boon for vibrant creative expression,” said Parker. “We encourage people to just come be themselves — and if they want to dress to express, let their “freak flag fly”, and wear the colorful, zany, spooky attire that you might not feel comfortable wearing at different places around the city, then this is the event for it.” He then proceeded to paint a glorious picture of oddities and performances that will define the Carnival this year, and to be sure, it will be a fascinating scene. 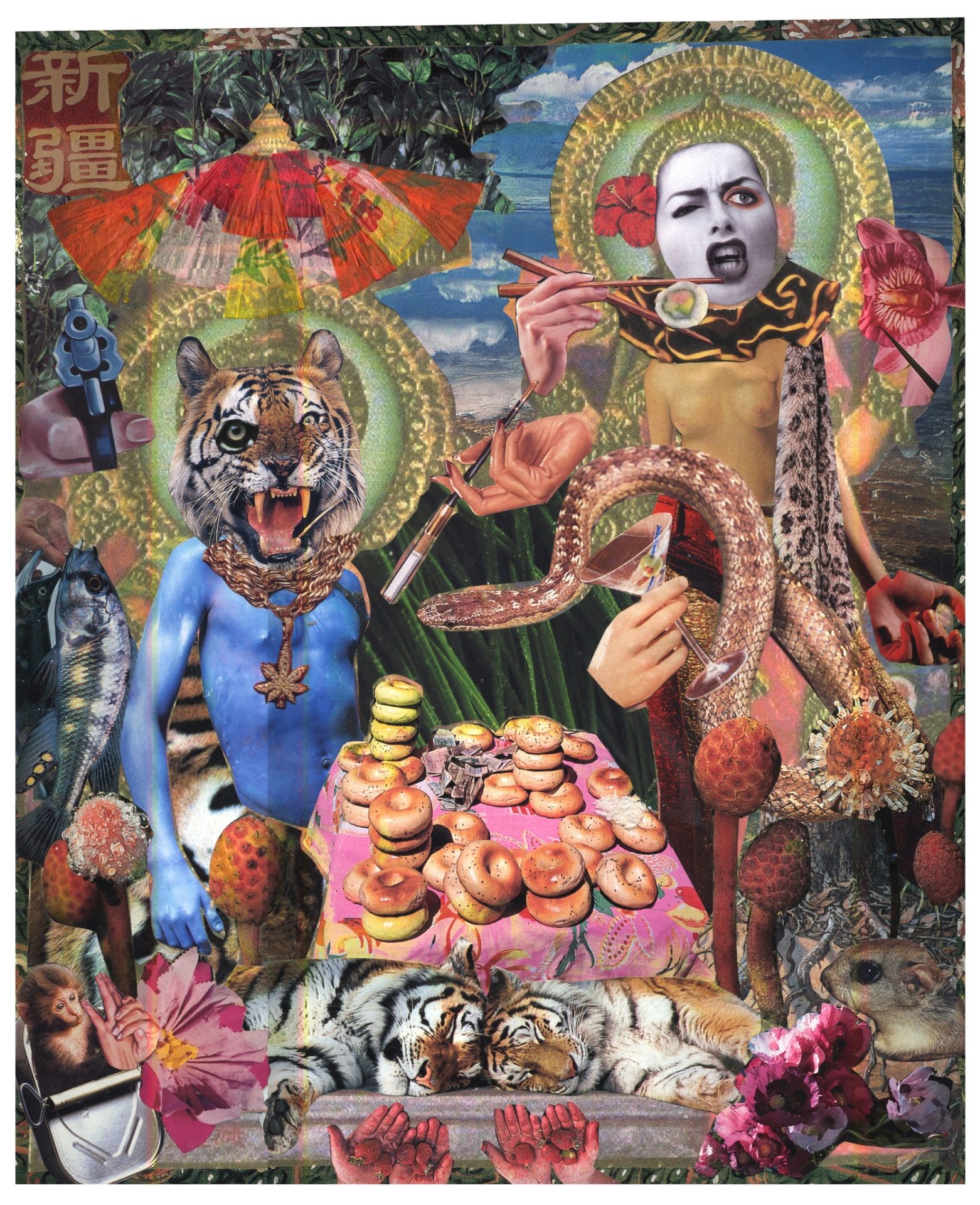 The Chronicles of Marnia

When you walk up to Gallery5 for Carnival of 5 Fires this Friday, there will be video projection mapping, both on the former firehouse that houses the Gallery and on the milk bottles of the former Richmond Dairy across the street. Down in front of the gallery, on the newly built-out and painted pavilion area at the corner of Marshall Street and Brook Road, will be vendors, featuring various Carnival of 5 Fires alumni. Inside will be art by nearly a dozen local artists, while on the stage in the main room, a variety show of spectacular proportions will take place, featuring everything from burlesque, vaudeville, drag, belly dancers, a mini-fashion show, even a reading from Richmond Poet Laureate Roscoe Burnems — not to mention the fact that the whole night will be hosted by performer Carmel Clavin. With live music by the Hot Seats, Sweet Potatoes, and the Embalmers to round it all out, there’s no doubt it will be a spectacular group of performances. 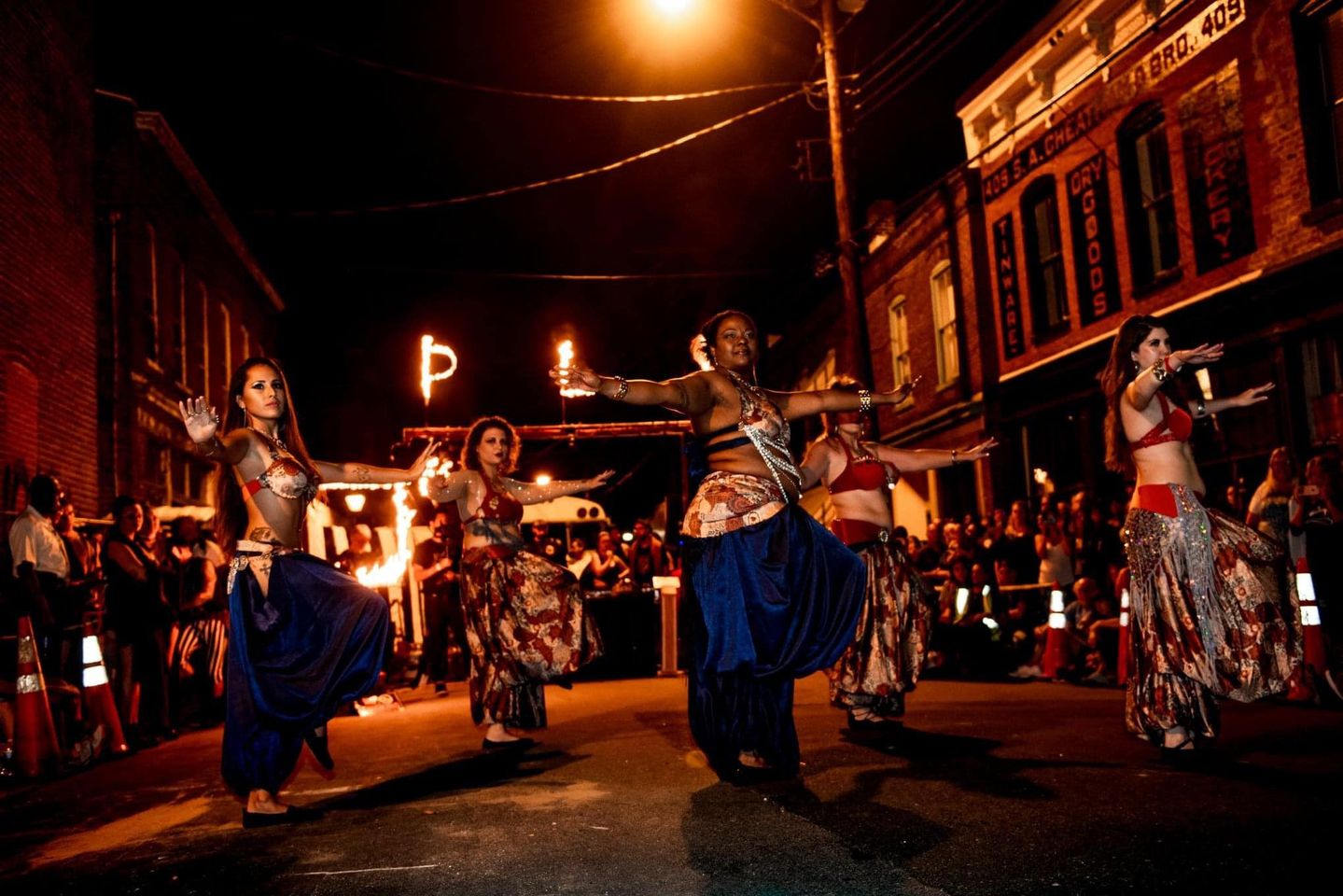 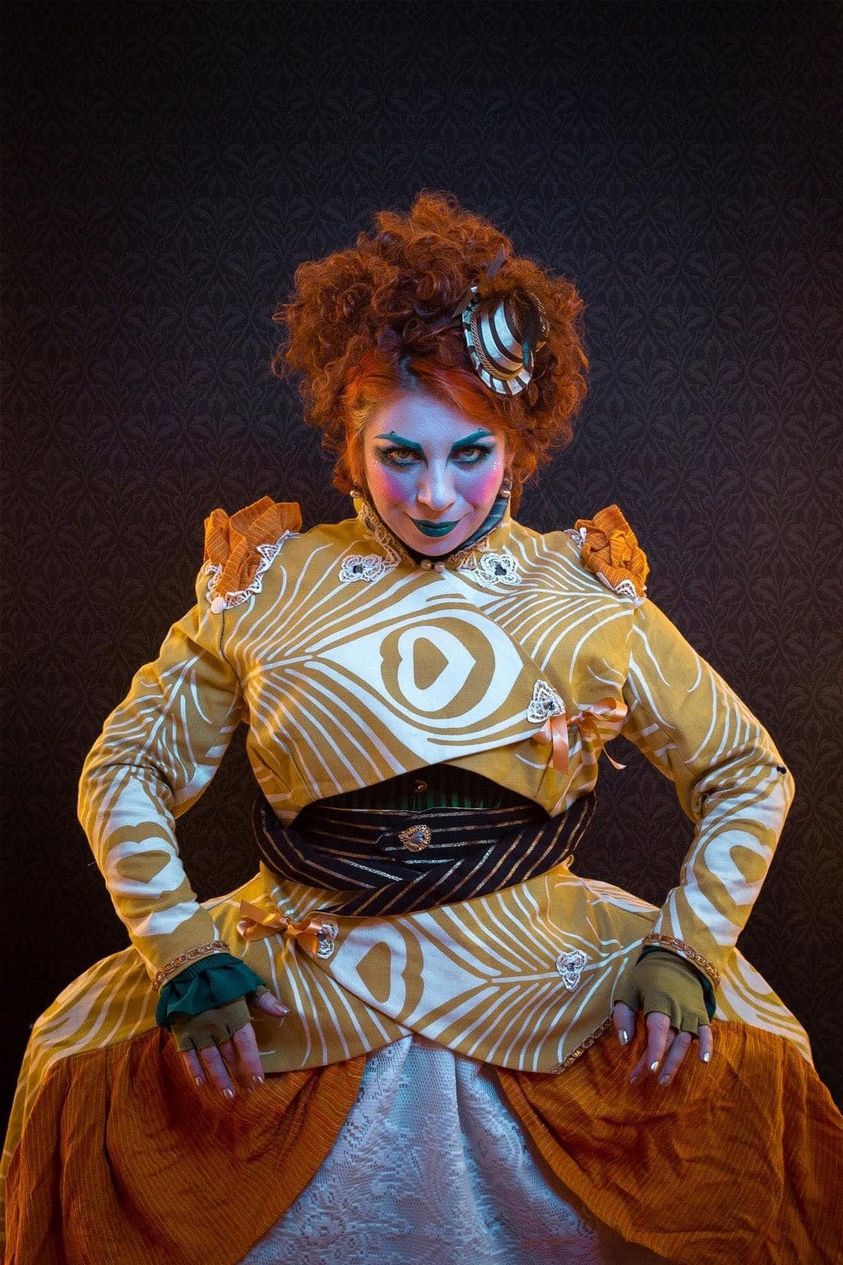 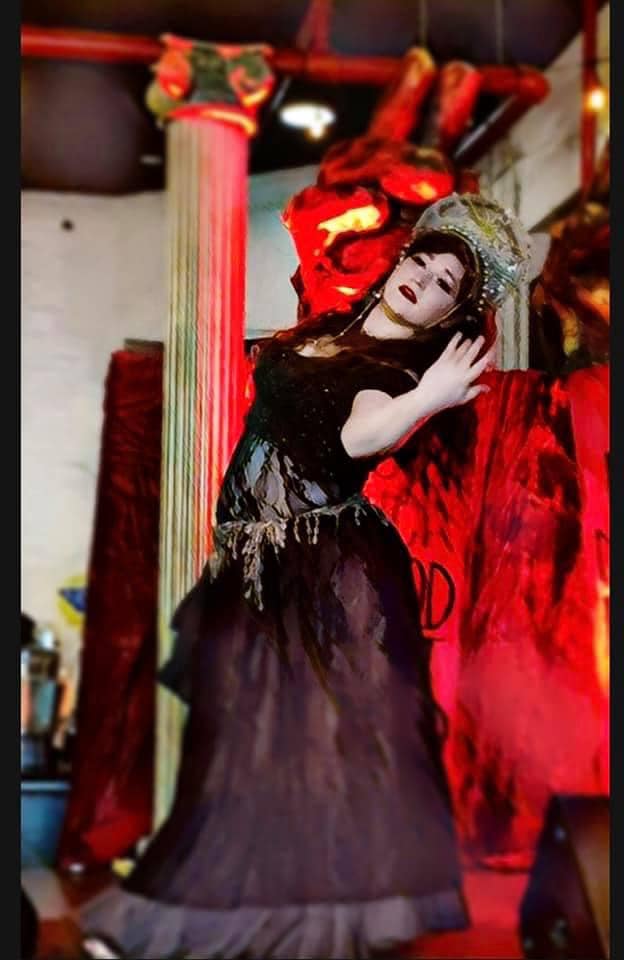 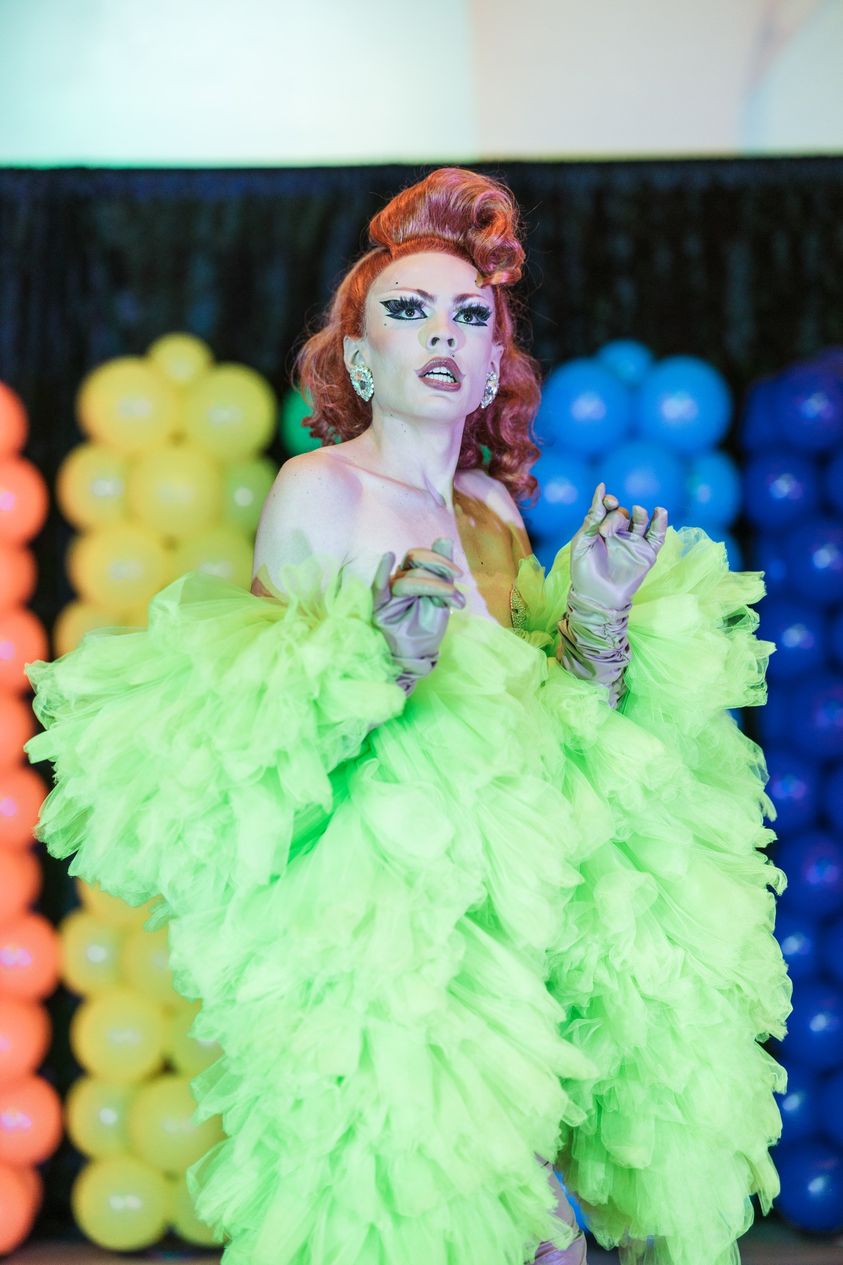 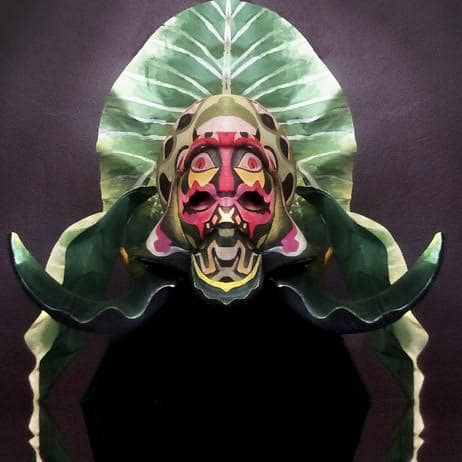 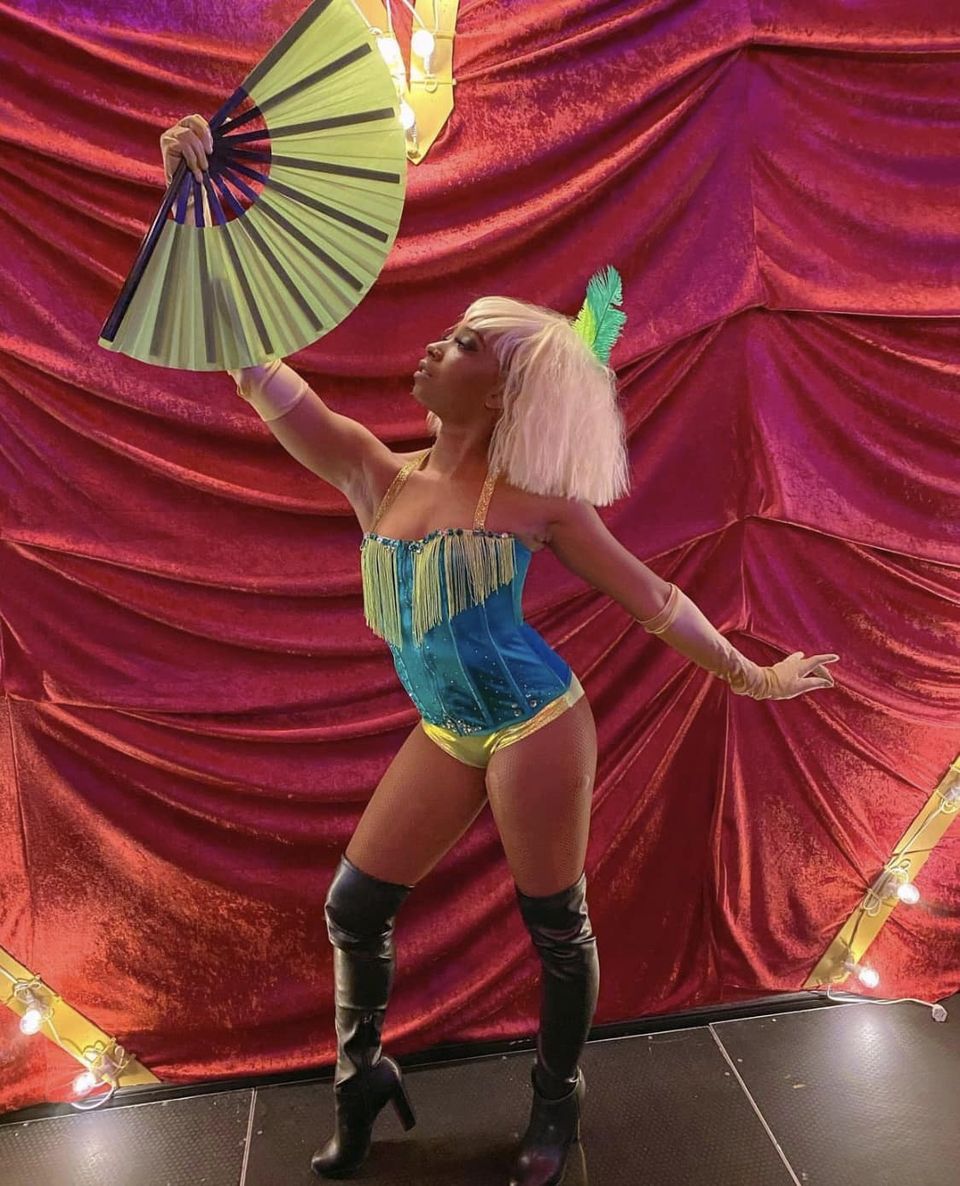 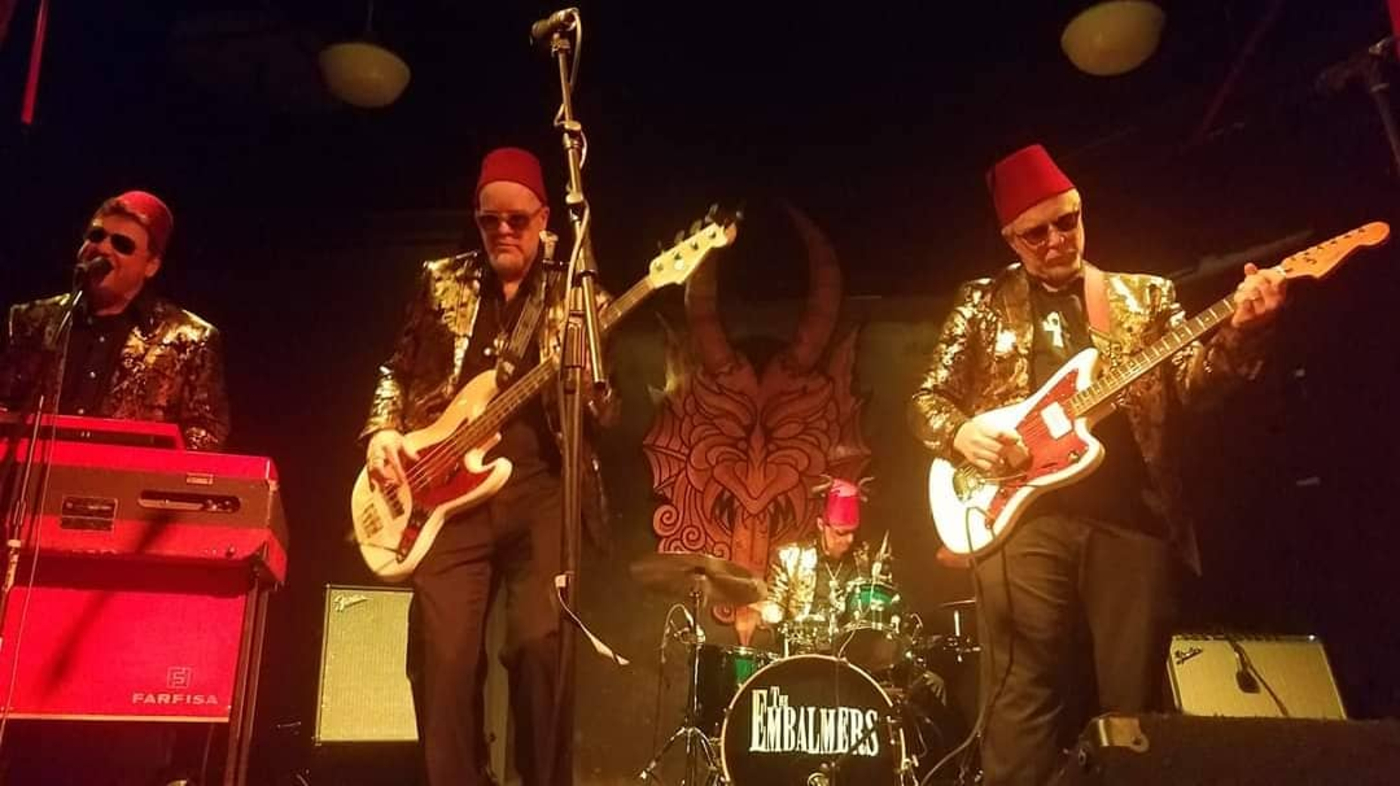 Coming back out onto the street, the block of Brook Road that runs alongside Gallery5 will be closed off. In a post-COVID world, the gallery understands the need for more space to provide some level of distancing whenever possible. Therefore, they have expanded the traditional half-block of Brook Road, normally closed for fire arts, to the full block to grow the vendor aspect of the carnival experience. That way, carnival-goers can mill about and congregate with room to spare. All down the block, the mystical Richmond Moon Market (a curated mobile arts, craft, and wellness market often geared towards specific events) will be set up. Every month the Moon Market hosts eclectic popup markets at Stone Brewery and other locations around the city (have you been to Mushroom Mania, an annual Moon Market celebration of all things fungi?).

For Carnival of 5 Fires, Moon Market has curated a diverse line-up of vendors: from fortune tellers, to health and wellness tinctures, and many other types of local makers that will be on hand; there will even be a vendor who makes miniature replica fairy skeletons.

“What I would love to do in the warmer months of 2023 [is] to always have a vendor row,” said Parker. “It’s part of the gallery’s mission — it’s part of being in this designated “Art District” — having these DIY, grassroots, ground-level artists, artisans, and makers, and giving them platforms for their craft and creativity that hasn’t been a part of the First Friday to this degree, or any degree, for quite some time. Those street level elements of engagement are part of what made the First Friday the celebratory experience it has been known for. We’re bringing it back. This is Phase One of a bigger plan.” 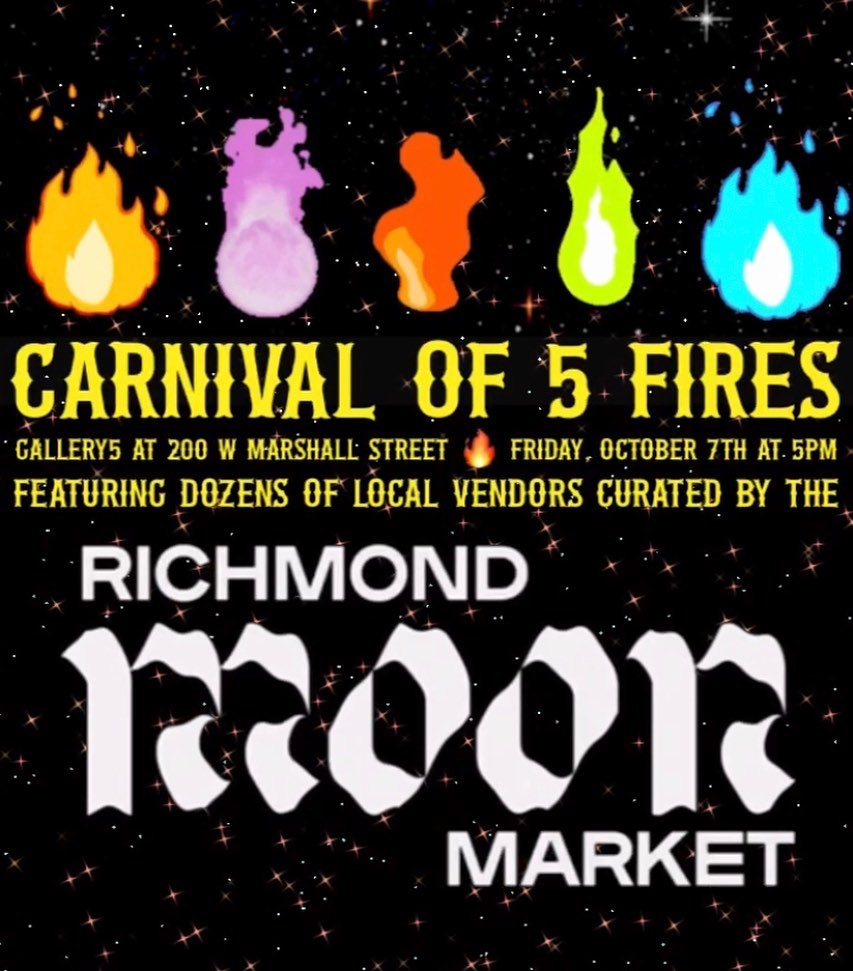 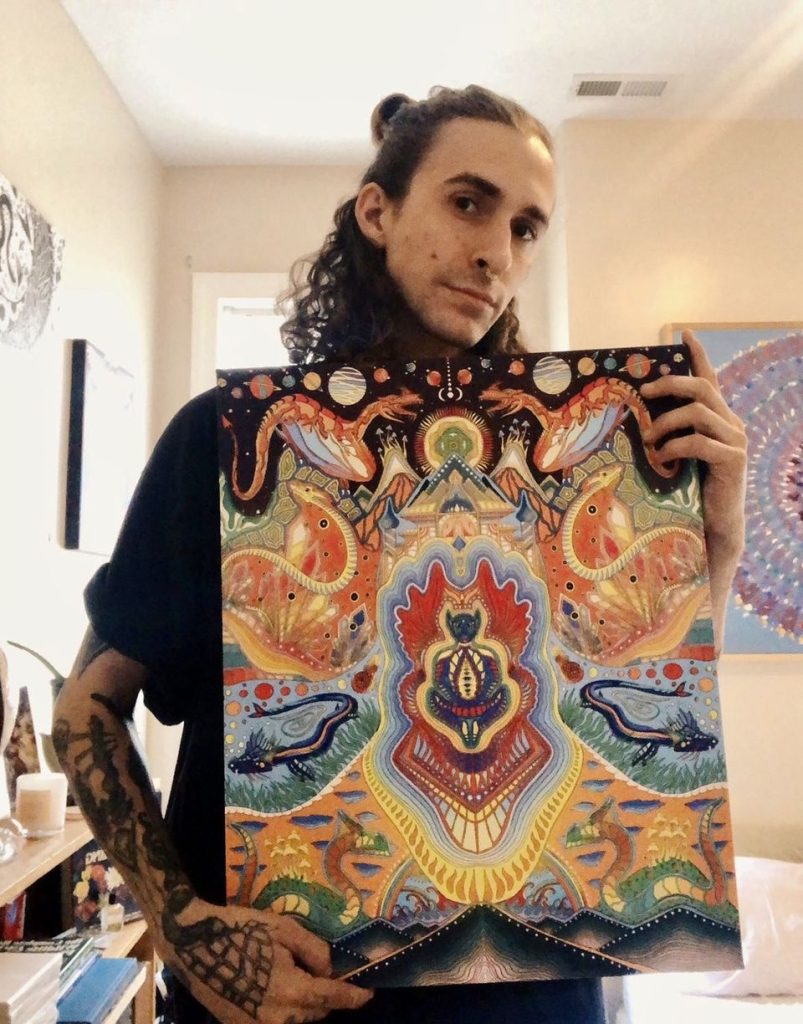 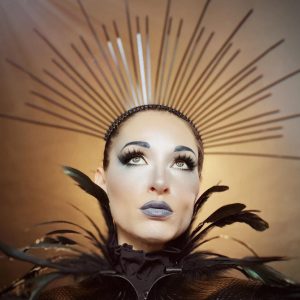 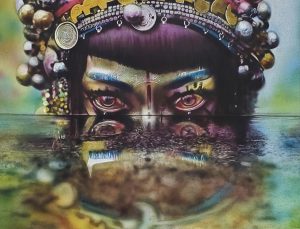 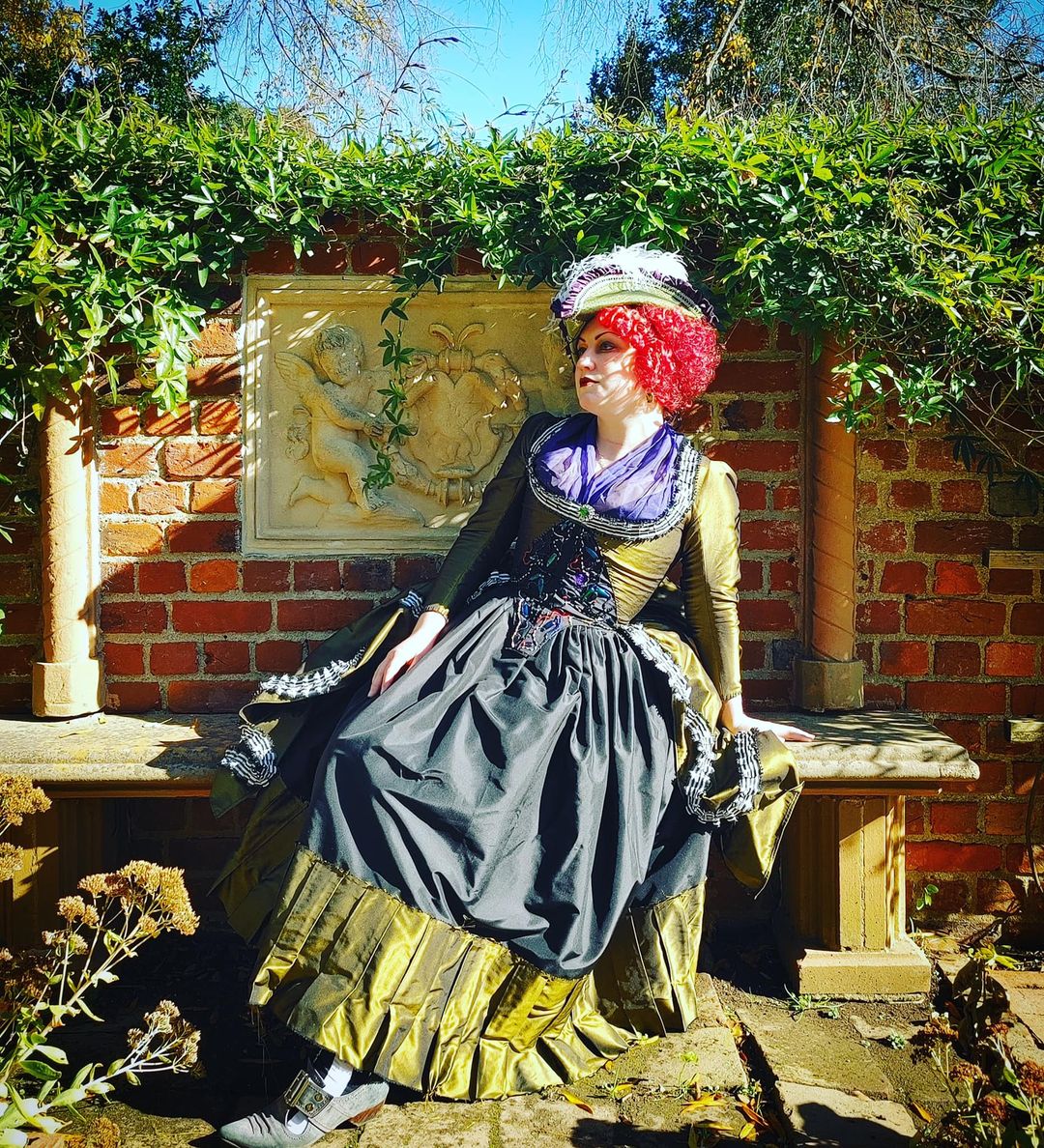 Down at the other end of the block is the familiar GWARbar, where food and beverage will be served. They have donated the use of their parking lot for the featuring of even more vendors. It’s no doubt that Gallery5, from their spot in historic Jackson Ward, have staked their claim on First Fridays in Richmond. Over the past 17 years, they have become not just a prominent feature, but a driving force behind this storied cultural event.

Sadly, there is one thing that will be notably absent from this year’s carnival: the Pyro Circus, an outdoor event featuring fire performers and DJs, which is usually provided by the Party Liberation Foundation (PLF), and along with the love of vaudeville, circus arts, burning man “burner” communities, and immersive carnival culture, inspired the Carnival of 5 Fires’ name.

Back in 2005, just as Gallery5 was about to open its doors, Parker was handing out flyers during an April First Friday outside of the prominent galleries on Broad Street that open their doors for art-walkers to view their featured exhibits. As he was making his way back to Gallery5, he saw fire down an alley and rushed to aid those who seemed to be putting it out. Instead, though, he found that he’d stumbled upon a handful of fire performers, calling themselves the River City Burners, who were doing their thing for a tiny crowd, tucked away from the sight of those walking around First Friday. Having only experienced fire performance at the annual Burning Man event and random circus events, they were invited to perform at Gallery5 in order to mark the grand opening of the gallery. From that point on, First Friday fire performance art was an integral part of the G5 experience. A year and a half later Carnival of 5 Fires debuted during October First Friday.

I still remember the first time I ever saw the fire performers at Gallery5. I was transfixed for the better part of an hour, as it’s certainly not something you see every day. It’s one of the things that makes not only the Carnival of 5 Fires, but Richmond as a whole, so wonderful and unique. This year’s Carnival will be fire-free, however Parker expressed the desire to bring it back in the future, and will be working with the Arts District on securing an area near Gallery5, so attendees can spread out to enjoy — perhaps in a larger area, like the nearby, newly renovated Abner Clay Park. 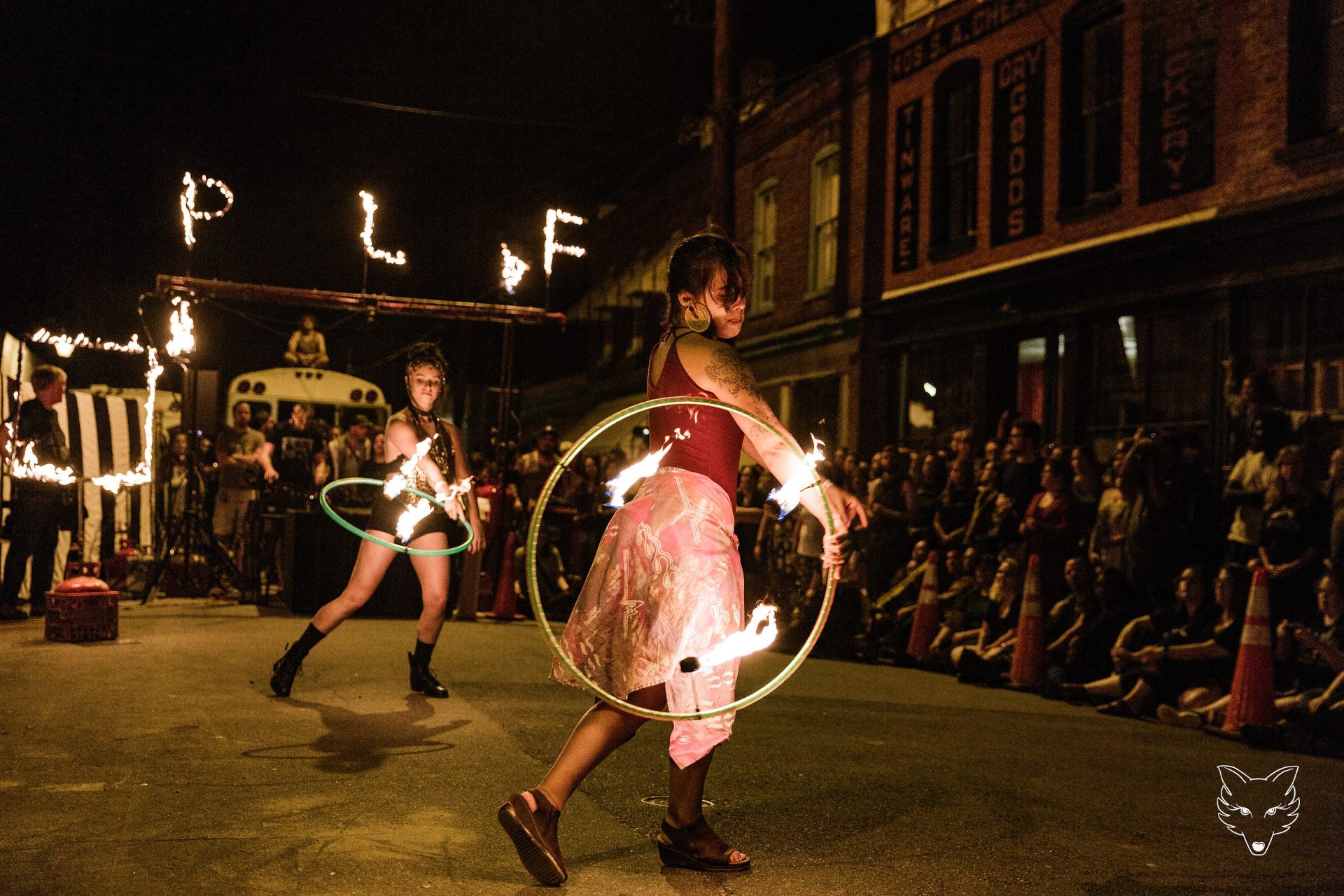 Even without the fire performances, if you’re looking for something to do this Friday, there will be nothing more exciting and enthralling happening in Richmond Arts District than the Carnival of 5 Fires. PLF is holding an official Carnival First Fridays Afterparty at CreateSpace, a mile away, with plenty of the fire arts and DJs that you usually experience on the side street. Bring yourself in whatever strange capacity you desire, and be prepared to step into another world for hours. Out of that world, you will emerge into a new one, enriched and enlightened by having discovered someone out there is “weirder” than you. What could possibly be more wonderful?

Carnival of 5 Fires is a FREE event. For more information click HERE

As mentioned above there will be plenty of fire arts and DJs at PLF Presents: The Warehouse Afters

Tickets can be purchased HERE 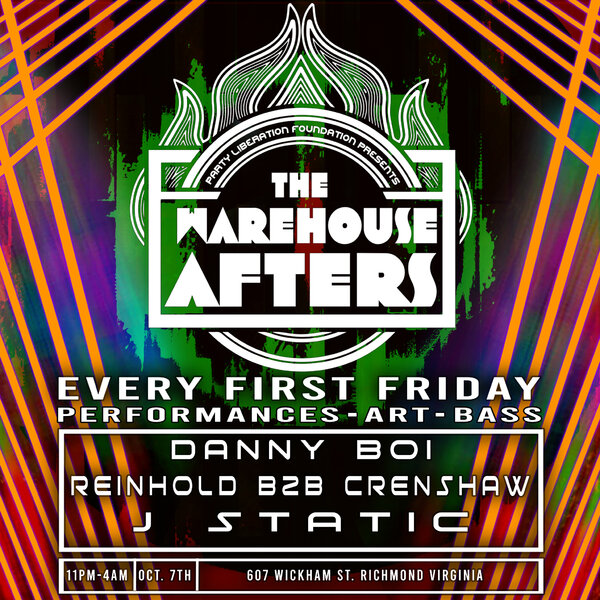 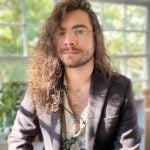