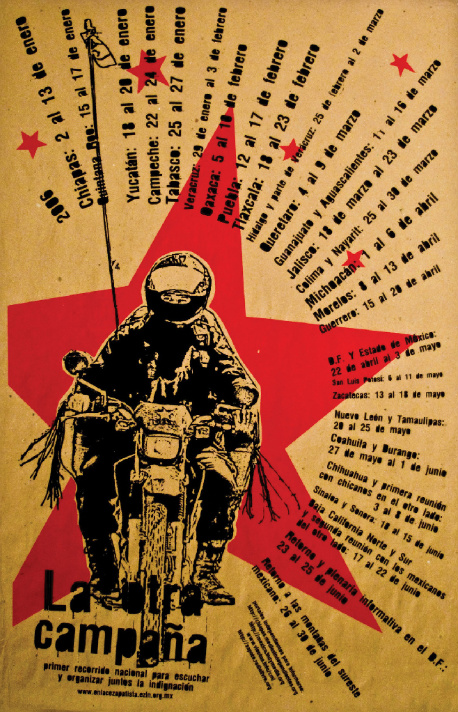 The first time I met artist and curator Josh MacPhee he was hosting a talk on reclaiming our visual landscape, at the National Conference on Organized Resistance at American University in DC.

The first time I met artist and curator Josh MacPhee he was hosting a talk on reclaiming our visual landscape, at the National Conference on Organized Resistance at American University in DC. A few days later, descending from Church Hill into that panoramic view of Richmond, I was overcome by a deep emotional sense of my own capacity to affect the way the city, and the world, looks. Suddenly the things I took for granted as existing beyond the ability of the average citizen to change became opportunities to further a public discourse, to engage the community in a serious conversation about how and why things appear the way they do, and how we’d like to see that change.

Now, years later, I find myself channeling more of MacPhee’s inspiration, interviewing him for the show he’s bringing, “Paper Politics” to the Ghostprint Gallery this month. With over 200 prints he’s collected and is taking from NY to cities like Richmond, he’s a dedicated host, but not quite a traveling curator.

“This has been an extremely democratic show in development. It’s probably even a misnomer to say that I curated it. Maybe organized is better. Because there’s nothing that anyone brought me that they wanted to put in it show that isn’t in the show, unless it wasn’t hand produced. Part of the foundation of this show is that everything in it was made by hand, was printed by hand.”

It is that human quality combined with the small-scale reproducibility of the work involved that characterizes the “Paper Politics” show, and what has allowed it to substantially transform the atmosphere of the Broad Street gallery. In a world where the individual is a diminished navigator of the endless and sterile imagery of advertisement and signage, and galleries play host to aurally unique artwork that can’t be truly seen outside the walls where it hangs, work that has a foot in each camp harbors a particular potential for genuine community engagement.

“I do think that even though these are reproducible, there’s still a really intense contradiction that sits in the center of all of this, which is that every piece, each of the 200 pieces in this show are hand printed. And even though they’re reproducible, they’re still anachronistic within the context of a mass produced world in which almost everything that we interact with is mechanically reproduced on a huge industrial level.

In terms of image and graphic reproduction, it’s almost all digital at this point. Whether it’s magazines or billboards or signage, you name it, it’s mass produced largely digitally, there’s no evidence of the human hand in it. We live, eat, breathe that type of graphic production. So on the one hand, everything in here is in some way a reaction to that, or a rebellion against that, a statement saying no, actually there’s value in making things with our hands still. There’s something about that that’s important. But at the same time, there’s this funny contradiction because it’s also all these people trying to communicate and say things, yet they’re choosing a format that’s arguably less successful, or much more difficult to do than mass production.

So at its highest level, most of these things, maybe a hundred, maybe a hundred of fifty were made, as opposed to a mass produced offset kind of poster where you can make 100,000 in the same amount of time. So I think that’s part of what’s interesting to me about this, trying to live in and understand and try to explore that contradiction. On the surface, this doesn’t make sense, yet there are so many people that are continually drawn back to it, that there’s something unfulfilling about the way that graphics are produced otherwise in society, that we just see billboard after billboard, we’re almost anesthetized to it, we start to not even register it anymore, and then it’s almost shocking to see something that has a human hand in it still. We so rarely see that. But I’m not trying to say that I think this is more authentic, or more real, there’s nothing not-real about a billboard, it’s just there’s something about this that has a different presence, and people respond to it differently, or perceive it differently, even though it’s still being produced.”

There’s a noticeable current of graffiti aesthetic running through the protest politics and humanist sentiments of “Paper Politics”. And while much of the content presented overtly speaks to the stifled voice of the individual within society, the nature of the street art imagery implies something about the inaccessible structures that physically shape our urban landscape.

“I do think that there is a way that we’re expected to see the city, or the space that we’re in, and that is: it is the way it is. It’s always been that way, it’ll always be that way and we’re almost just kind of visitors. Even if we live here we’re just passing through. And I think that what, in my ideal world, none of us would actually be visitors in the urban context, in the space that we live in. We would see ourselves as full and total participants in the creation and re-creation of that space. So there wouldn’t be this sort of false difference, or hierarchy between a billboard and a mural, where when something’s paid for it’s somehow magically assumed to be natural. It’s totally naturalized, that’s just how things work. Yet someone’s personal expression is foreign, or is open to conversation and debate. And I think people’s personal expression should be open to conversation and debate, but I think the billboard should be as well. And architecture should be, and the way that the sidewalks are built, and whether there’s parking on the street. And all of these things, they’re all questions that we should all be able to have a stake in, as opposed to just inheriting it the way it is, and with a handful of people being able to continue to make decisions to rebuild and recreate that without having to consult anyone else, because we’re perceived as just being passerby, as opposed to having a stake in it.”

Another element of the show’s multifaceted social criticisms is that it addresses how the artist, and art in general, is incorporated into the community experience of everyday life. Generally relegated to a detached subject of admiration or contention, art is constantly perceived as outsider commentary or personal expression. This is a product of the widely accepted and practiced theory that the individual is essentially irrelevant to the functionality of their environment, and “Paper Politics” effectively demonstrates the fallacy of this standardized impression.

“I think that there’s this really huge but ultimately false binary created between art on this one hand, and everyday life on the other, that art is this sort of strange, magical thing that happens in some studio, and jumps out of the individual genius’s brain onto the page or the canvas, and then there’s daily life. And I think that’s a dichotomy that does gross violence to the way that we perceive our lives, and the way we see ourselves, and how we express ourselves. Hopefully this is one little piece of trying to bridge that gap, to say that “no, actually the things we experience and the way that we feel about the world is part of how we express ourselves, about creativity and politics, and there isn’t this unbridgeable chasm.”

MacPhee tells me that all the artists involved want to see the world look different than it is now. He tells me that there’s a lot of disagreement in the room. The paintings and prints, they disagree with each other. The artists are scattered around the country and world: Mexico, Argentina, Germany, wherever. But they’ve been invited into our community in the form of their artistic expression. It’s a discussion of screaming silence, paper-light debate, quiet dissent. But it’s a discussion that isn’t happening in the ageing and visually impaired halls of eroding justice, and their horrendous hush.

“For me what’s interesting about this is we get to explore how it’s operating on us. We spend most of our lives inhabiting that more, kind of mass space, where we’re surrounded by things that are just pumped out by machines, the clothes we wear, the cars that we drive. It’s a moment to reflect on that.”

Ghostprint Gallery is located at 220 W. Broad Street, and will be hosting the show throughout the month of August, with opening night Friday, August 7th during the First Friday’s Artwalk. For more information on the “Paper Politics” project, visit www.justseeds.org