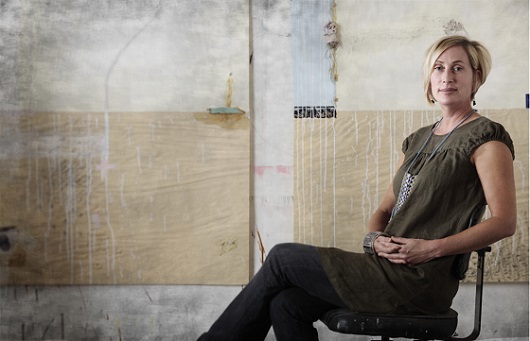 Upon graduating from college, local artist Pam Sutherland was an intern at Reynolds Gallery and became an aid for the late, great Theresa Po

Upon graduating from college, local artist Pam Sutherland was an intern at Reynolds Gallery and became an aid for the late, great Theresa Pollak, founder of the VCU School of the Arts. Between dusting books and making runs to Ukrop’s, Sutherland formed a relationship with the artist and had many interesting conversations with her.

“One of the things she said to me is that the art is the one thing that will never disappoint you, if you maintain a relationship with it,” said Sutherland.

Pam Sutherland is a storyteller. She is also a teacher, a stepmother and a wife. Her work,which is currently on display in Lorton, Va. as part of the VMFA Fellowship 75th Anniversary exhibit, tells stories from these, and all of the other aspects of her life. Using physical evidence, she creates mixed media pieces, collage work and really values the process of creation.

“I would say that my storytelling still takes a very abstract form,” she said.

“I was drawing more exclusively, I had always made collages on my own, as gifts for people,” said Sutherland. “For some reason, I never put the two together in my art practice. One day I did, and it changed everything.”

Sutherland’s work, like many artists, is closely connected to her life. She described it as having an “intimacy and fragility” that she believes attracts a more female audience; however, the parts of Sutherland’s life that inspires her work is not always painful. Much of her work stems from a desire of preservation.

“I think that most people get married and have families to keep themselves alive,” she said. “I feel one of the things artists do,…. whether they’re a poet, filmmaker, or writer, [is say] that their work is like their children. Art is this way of holding on to the moment or the thing that is going to pass.”

“Art is very commemorative…in my case, I take the thing that would normally go in the trash, and let that signify this person, place or thing in my life.”

Sutherland has been a teacher for seventeen years and finds some of her greatest inspiration in her students. The artist embraces the opportunity that teaching presents to learn about herself and to serve as a mentor to younger artists. Despite being someone who found teaching later in life, it is obvious that Sutherland finds incredible joy in her work.

“When you’re doing it right, it helps you understand what you really think about, what really matters to you as an artist,” she said.“You have to try and convey that to kids.”

“They do things that are really instructive, too. It’s a real give and take, really wonderful. I couldn’t imagine my life without teaching. It’s really important to me.”

The amount of respect that Sutherland has for her students is incredible. She speaks of them highly and they have influenced her work in ways that she did not imagine.

“I had a student that won an award, and one of the things I said when I introduced the award was that I consider myself, sort-of, an expert on paper…This girl taught me so much about paper, something that I think I would know more about,” said Sutherland.

“I’m not threatened by that. I find it really cool. I never feel that as a teacher, that I am supposed to know more than they know. To me, we’re all kind of the same. It’s just I’m slightly older and probably have more experience.”

Pam Sutherland has been an artist for over 20 years. Throughout that time, she has not always been a supportive teacher at an elite school, had pieces in fancy galleries, or received grants and fellowships. What she has done, is practiced her craft. She has built a relationship with it just as Theresa Pollak told her to many years ago.

“I was a waitress for years. I had all of these outside art things, but I didn’t make a living from it,” she said. But I still stayed true, through all of that uncertainty. Nobody can take that away from you. I think that takes great discipline, blind faith, and understanding that art, as a practice, is really important to being a happy human.”

“If everybody had creativity in their life, in a palpable way, we would live in a different world, I really believe that,” she adeded.

Sutherland is presenting an entirely new body of work as a part of the exhibition that runs from May 23, 2015 – July 26, 2015 at Workhouse Arts Center in Lorton, VA. 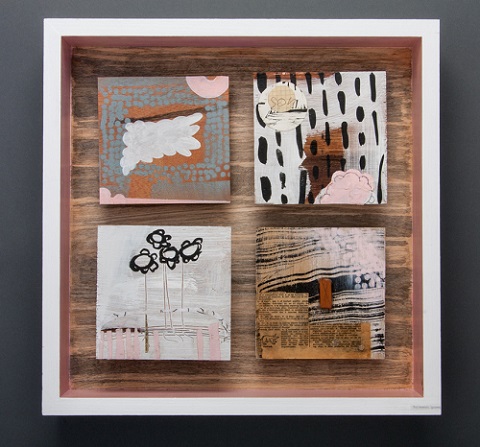