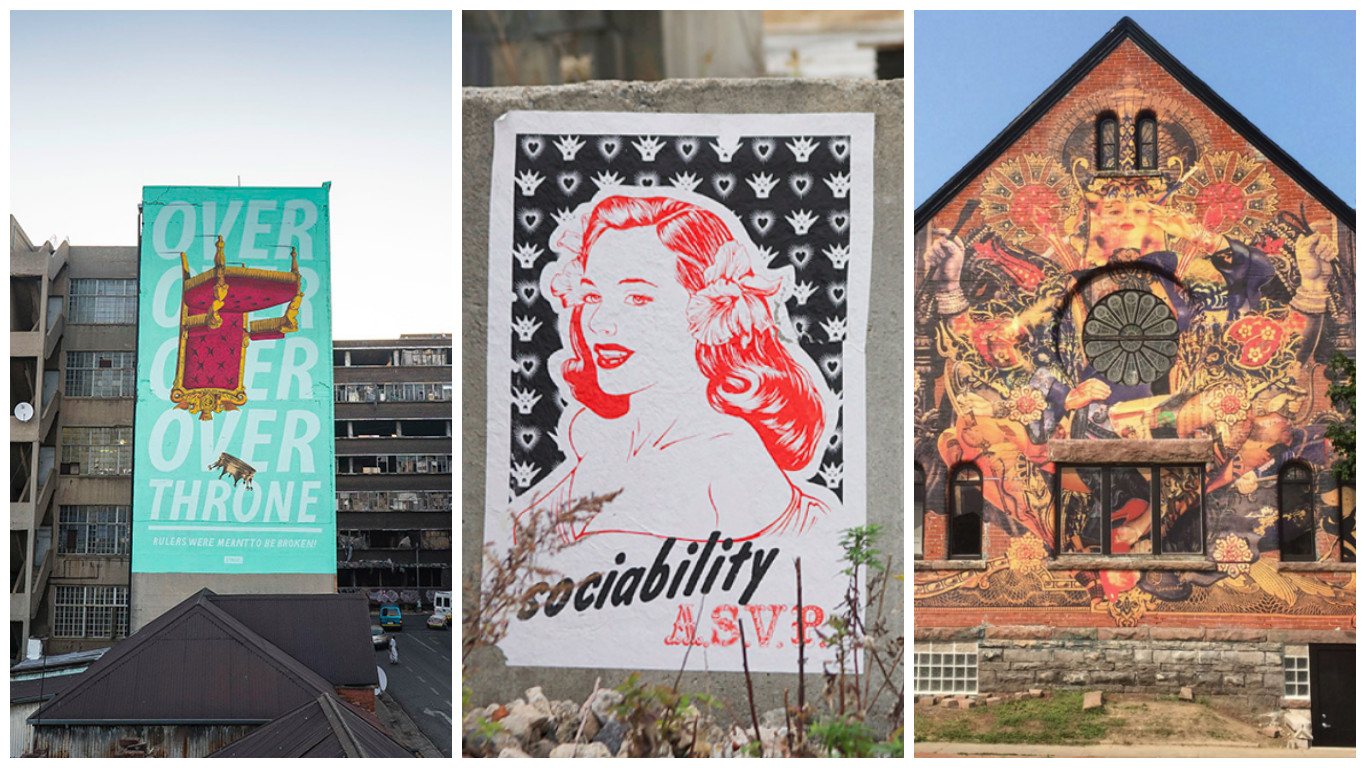 The Richmond Mural Project 2016 is getting underway and we’ve got about 10 artists to announce, including one very special local muralist to add to the otherwise international crew.

The Richmond Mural Project 2016 is getting underway and we’ve got about 10 artists to announce, including one very special local muralist to add to the otherwise international crew.

We’ll be releasing names over the next few weeks, but here’s the first three artists who are confirmed for the event which happens July 11-22, 2016.

Organizers are still looking for walls to paint, if you’ve got some space hit up Shane P. at [email protected] – and let him know whats up.

CYRCLE is a two-man collective of multidisciplinary artists born out of Los Angeles, California in 2010. Their work focuses on life, duality, and the human condition. Those concepts, combined with the aesthetic consideration of form, typeface, color, and balance are what creates their signature style. Through street campaigns, design, fine art, murals, and collaborations, their work blurs the lines within the contemporary art world. CYRCLE reveals complex ideologies in their simplest forms. Refusing to constrain themselves to a particular definition- street artists, graphic designers, traditional fine artists- the collective is interested in what the function and form of the work itself demands. Living by the motto We Never Die, CYRCLE strives to shed light on otherwise dark matters, thoughtfully exposing the gray areas of life. ASVP began working together in 2008, developing a unique, hand-drawn, graphic style, often creating imagery with recurring nods to advertising, pop and comic book culture. ASVP’s work has been showcased internationally in auction houses and galleries including; Doyle New York’s Annual Contemporary Sale, Doyle New York’s Street Art Auctions and most recently at the 2015 Art Basel Festival in Switzerland. Recent commissions include; Swedish music streaming giant, Spotify, hiring the team to create 25 large-scale interior murals for the organization’s 97,000 sq. ft. headquarters in the landmarked Cammeyer Building, NYC and an invitation from French fashion design legend, agnès b., to collaborate on a limited collection of garments which quickly sold out internationally. Recent commissions also include large-scale outdoor works for Columbia College’s world-class, Wabash Arts Corridor in Chicago, and a 70′ long public mural commissioned by the city of Basel, Switzerland for the 2015 Art Basel Festival. The team has created large-scale works across the world, in locations from New York City to Varanasi, India.

Handiedan‘s artistic universe revolves around some leading visual motifs and yet it amazes thanks to its complexity, both in terms of formal composition and in terms of the technique she uses for making them. These two aspects together determine the irresistible charm of her art.

Undisputed protagonists of Handiedan‘s sculptural hand-cut collages, her vintage pin-ups immediately recall the burlesque genre. However if we look into them further many sources of inspiration are revealed: the Neo-Classical and Victorian ages, the Parisian Belle Époque, up to the 1940’s and Post-War sexy imagery. But none of Handiedan‘s ‘models’ really existed. In fact each of them is composed through by assembling anatomical parts of different pre-existing images. The newly formed woman is the result of a complex layering process that gives to Handiedan‘s art a three-dimensional quality and makes a collaged bas-relief out of every work. Her cheerfully sexy creatures seem to lively bend in and out of their background.