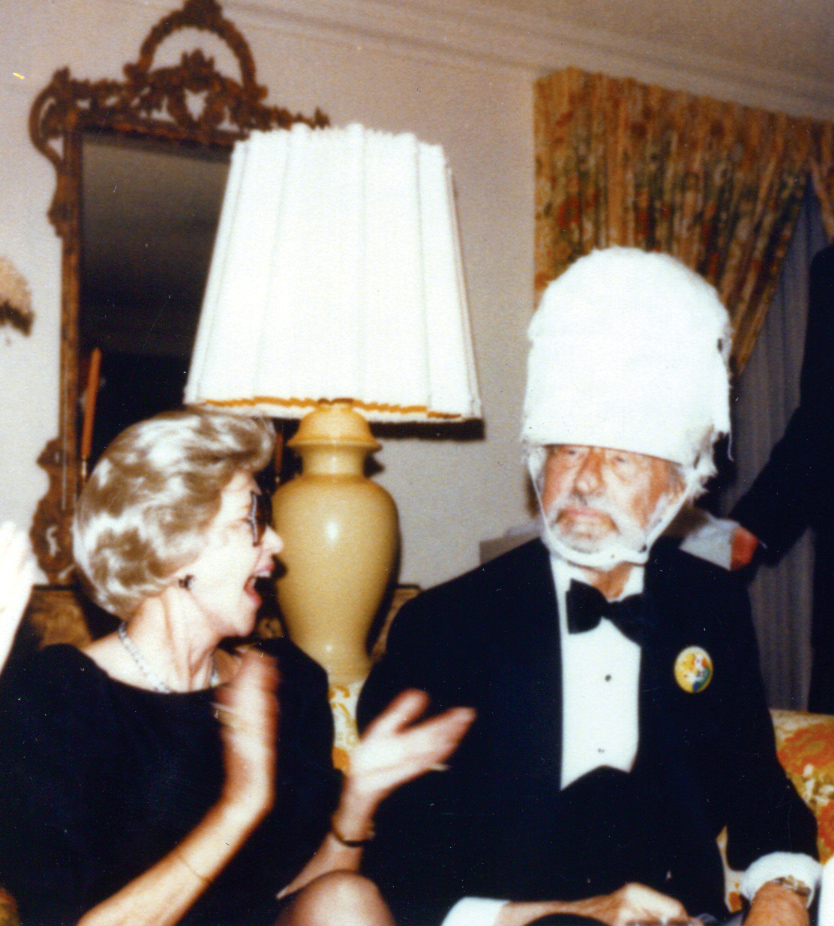 See Seuss’s Secret Stock of Hats (Including the Cat’s)

The Cat in the Hat has one, Bartholomew Cubbins has one, Sam-I-Am has one, the Grinch has a holiday one, and Dr. Seuss has a whole private collection.

The Cat in the Hat has one, Bartholomew Cubbins has one, Sam-I-Am has one, the Grinch has a holiday one, and Dr. Seuss has a whole private collection.

World-renowned children’s literature author, poet, and cartoonist Theodor Seuss Geisel, better known as his penname Dr. Seuss, owned a private hat collection as extraordinary and distinctive as his collection of famous children’s books. These hats are currently touring around the United States for the first time ever, and will be displayed at Bella Arte Gallery in Midlothian from the middle to end of March.

Dr. Seuss collected hats from all over the world throughout his lifetime, beginning from back in the early 1920s, when he was in his twenties. “He kept [his hat collection] as a secret except for close friends and family who knew about the hats if you were to go to the house. That’s how I discovered the hats many years ago as the curator for the art collection,” said Bill Dreyer, curator for the Art of Dr. Seuss collection.

Dr. Seuss had the hats hidden away in a secret room in the library of his home in La Hoya, California. “One visit, I was researching at the home, and Audrey Geisel (his widow) called me over and said, ‘Bill, would you like to see the hat closet?’ And she takes you into the library, which has floor-to-ceiling, wall to wall, bookshelves, and she goes over and pulls one bookshelf away from the wall and reveals a hidden room, a hidden closet behind the library.

And in that closet are his hats.

Hanging up both sides of the walls, are hundreds of hats which he collected throughout his lifetime. At one point, there was probably three, four even five hundred hats in there. Since hats are fragile and the material doesn’t have great longevity, many of the hats have been lost or didn’t survive.

“To this day, there are 158 hats that remain in the hat closet in Seuss’s private hat collection,” said Dreyer, adding that the whole experience was “something out of a James Bond movie.” Out of these hats, 26 of them will be displayed in the Hats Off to Dr. Seuss! Exhibit.

As any Dr. Seuss fan would know, the writer incorporated many hats in his children’s books, including the hats in The 500 Hats of Bartholomew Cubbins, and his famous The Cat in the Hat. What you will find out though, is many of the hats in the books were inspired by his secret hat collection.

“In many cases, the hats that show up in his books, and the hats that show up in artworks that he created for his own private enjoyment were certainly inspired by some of the hats in his hat collection. And that’s what this exhibition really brings to life. We show several hats in this exhibition and then we have the artworks that they always seem to have inspired. So we do kind of draw direct correlations between hats in his collection and artwork or books that he created during his lifetime,” said Dreyer.

The hats did more than inspire the finishing touches of the author’s characters. “If you had a dinner party at the house that was lagging or slow he would go to the hat closet, bring out hats to put on everybody’s head, and his wife says, when you perfectly ridiculously shaped hats on the heads of people at a fairly formal dinner party, the evening takes care of itself,” said Dreyer.

“I think as far as his hats go, Seuss saw hats as being transformational. Hats have this inherent magic. I think he was aware of that, and he utilized the magic that is inherent in hats… A hat party is usually the most fun party you can go to because people just lose their inhibitions and they really just step outside of themselves and that transformation that occurs with hats was what Seuss was aware of.”

If the hats are not enough, the exhibition will also display replicas of Dr. Seuss’s Secret Art Collection, as well as his sculptures. “Part of this exhibition, as a part of the Secret Art of Dr. Seuss, are sculptures, taxidermy sculptures that he created in the early 1930s,” said Dreyer, mentioning that these will be authorized reproductions, as well as the rest of the art for sale in the gallery.

“The taxidermy collection, what Dr. Seuss called his ‘Collection of Unorthodox Taxidermy,” is in my opinion, one of the gems of the collection, and if there is no other reason you should come out to the gallery, it should be to come and see what Seuss was doing with his Collection of Unorthodox Taxidermy. In the 1930s in the original taxidermy there are real horns, real beaks, real antlers, real turtle shells, real animal parts…. You’ll come and see what Seuss said these animals would want to be reincarnated as.”

Dr. Seuss revolutionized children’s books and the simple skill of rhyming. He introduced the world to an entirely made-up universe and redefined what it means to be creative. “Seuss was out of the ordinary in a lot of ways. He used to say, ‘I look at the world through the wrong end of the telescope,’ and these artworks, in a sense, were clearly created through that upside-down vision that he brought to his life. And I have to say this is a must-see exhibition. I would not miss it for collectors and for fans of Dr. Seuss,” said Dreyer.

Perhaps with his hats, paintings, and sculptures, we will be able to discover a whole new side of the American author. “[The audience] really discover that there’s a side, they discover Theodor Seuss Geisel’s artistic legacy, and it is a treasure cove of imagery,” said Dreyer.

The Hats Off to Dr. Seuss! Exhibition will be hosted from March 15th to March 30th at the Bella Arte Gallery, and will be free to the public. All artwork on exhibition is available for purchase.