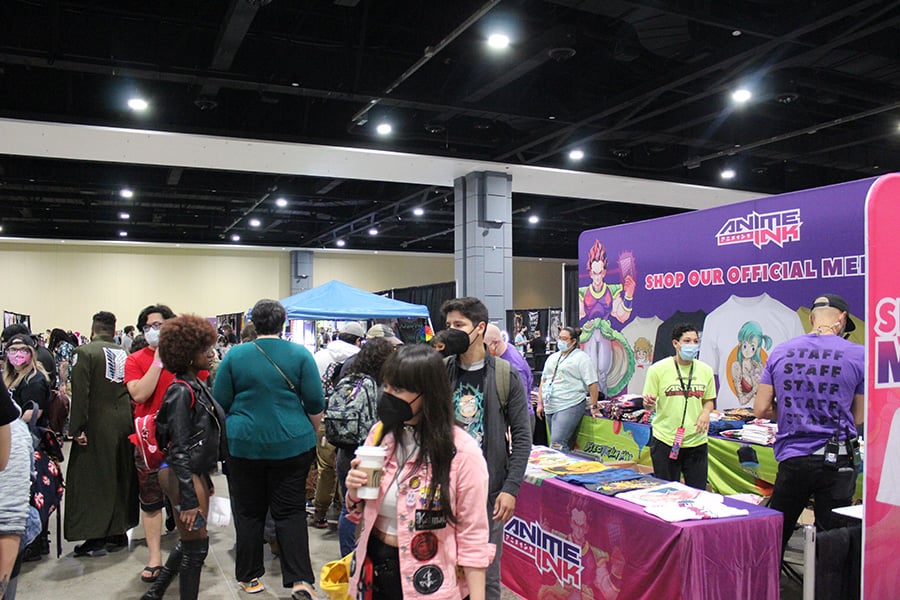 The Visual Splendor of Anime Ink

Anime Ink, a convention celebrating anime, tattoos, and anime tattoos, as well as many related elements of pop culture, took over the Greater Richmond Convention Center this past weekend, for the first time since before the pandemic. Fans flocked to the gathering; our own Ash Griffith was among them.

Anime fans of the inked and uninked variety had plenty to be excited about this weekend as Anime Ink made its return to The Greater Richmond Convention Center. With over 400 artists and vendors from around the country and the world, there was something to keep every Anime fan in the Richmond area entertained downtown.

Every inch of the exhibit halls were packed with bright sights to see. The back corner had the video game fans covered with classic Japanese arcade games at the ready. Now was the time to truly know who would win in a street fight – Magneto or Chun Li?

For the general anime fan, you could only be in heaven. With various merch to collect, from official pieces to beautiful enamel pins and masks, it was easy to break your budget quickly. Cosplayers were in their element, with colleagues not just walking around the exhibit hall, but in the cosplay contest, where excited attendees could take home the win.

But of course, the tattoos were where it was at. With many of the artists already booked in advance, there were still plenty of artists available for walk-ins if you decided that was the day to get your Cardcaptor Sakura chest piece done.

Ash is a writer and improviser from Richmond. She has a BA in English from VCU and an associates in Theater. When she isn't writing or screaming on a stage, she can usually be found wherever the coffee is. Bill Murray is her favorite person along with her black cat, Bruce.
Topics: anime, Anime Ink, arcade games, cosplay, Greater Richmond Convention Center, tattoos, video games