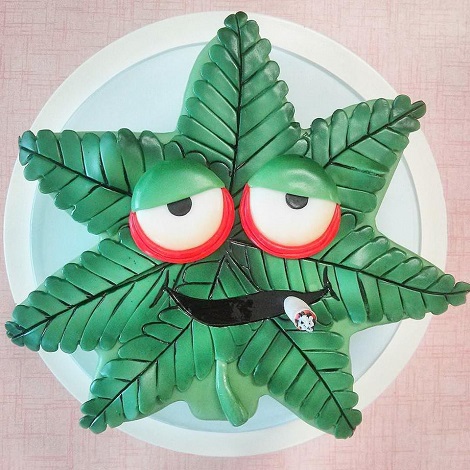 Richmond’s Manchester District will soon have a sweet new addition with the opening of Sweet Fix, a cakery located at 9 W. 10th St.

Richmond’s Manchester District will soon have a sweet new addition with the opening of Sweet Fix, a cakery located at 9 W. 10th St. Beginning this Saturday, the shop will serve up some of the most delicious, decadent, and creative treats in the city.

Owner Amanda Robinson said she set out to create a unique experience for her customers.

“There’s something about walking into a bakery that makes you feel very happy, and very young,” she said.

Robinson wants to evoke feelings of a bygone era.

“I think if I could go back in time, I’d visit the 17- or 1800s and head to the candy shops and the pie shops in Europe,” Robinson said. “I want people to see the rainbow of colors and feel young again. I want to bring magic into the experience.”

If her name sounds familiar to you, it’s because you might know her as the former executive director and founder of Gallery5.

Robinson spent several years with Gallery5 before deciding to move on.

“I began that organization at the young age of 22 and spent practically all of my 20’s helping young artists,” she said. “As I was nearing my 30’s, I knew it was time to venture off and become my own artist.”

Sweet Fix started from humble beginnings, and grew with Robinson’s passion and dedication. Robinson said she started it as a hobby in 2009.

A cake she made for her daughter would evenutally lead to her next artistic medium.

“I feel that the art of cake was something that found me,” she said. “I did not anticipate that my passion for baking and decorating to become as great as it has. While my experience is in painting and some sculpting, I truly feel like the edible medium is what I was meant to do.”

Convinced to pursue baking, Robinson left the art venue in 2013 to focus on her craft. She was previously working out of a small commercial kitchen since she left the gallery. The opening of a brick-and-mortar in Manchester gives her approximately four times the kitchen space, not to mention the opportunity to serve clients in-store.

“Our business has grown so much in the past few years,” Robinson said. “We get so many requests for our buttercream cakes (which are available in smaller dessert cakes or just by the slice), that it was time to offer our cakes in a more affordable way with less notice.”

Their signature cakes are just a part of what’s available in the shop. The Sweet Fix take-out menu will include seasonal varieties of French macaroons, mini pies, Crème brulee, mousse and signature cupcakes.

In a nod to Richmond history, Sweet Fix is opening inside of a former brick carriage home that had served as a bakery nearly 100 years ago.

“I love the idea of fixing up a piece of Richmond’s history and the idea of opening in an area that is in need of revitalization,” Robinson said.