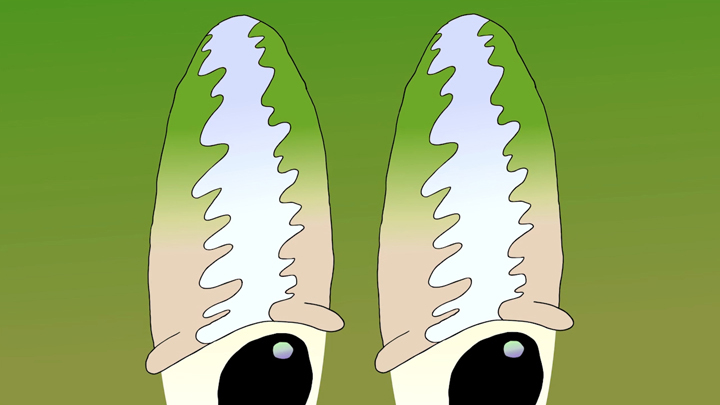 Derek Larson is an artist in the true sense of the word.

Derek Larson is an artist in the true sense of the word.

When I interviewed him about his upcoming exhibit, Dog Jokes, you could tell that every sentence was meticulously crafted.

After each question I asked he paused, and thought long and hard before answering with a string of words that made it clear this Seattle born artist and teacher is as unique as his work. What is also clear from our conversation is that Larson is passionate about the art he creates.

Art that has been showcased at dozens of galleries from sea to shining sea has now found a temporary home here in Richmond at the ADA gallery at a show opening this weekend.

His work involves traditional elements of painting and sculpture but incorporates video and animation as well. His favorite piece in Dog Jokes is one that encourages the viewer to not only see but also touch.

“I’m making these paintings that hang on towel racks, and they look and feel a little towel like.” Said Larson. “They are paintings about painting but also with the embedded video screens, these very small video screens that will have animations and videos on them”

So much of Larson’s work involves multimedia video elements. While Larson said he was of course genuinely interested in working with video, it was also something that early on in his career was born out of convenience.

“It was logistically just smarter as a young poor artist to get my work shown because its relatively free to ship a file to a gallery or wherever and then show the video on a monitor or projector.”

H(TM)L5 – Or The Longest Mantra from Derek G. Larson on Vimeo.

So back before he was being sought after by galleries and universities all over the U.S, Larson was just another starving artist. However unlike most of those starving artists, Larson received his MFA from the Yale School of Art.

Larson could barely put into words the impact the schooling had on him as artist. It shaped who he was and what kind of work he would go on to do. “It had a big impact it, was a very influential time in my life.”

As someone who has been creating work for so long, Larson says he has his process pretty down pat. He makes decisions in much the same way for each new project, but the outcomes always surprise him. Nothing ever turns out quite as he imagines, but that always turns out to be a good thing. He likes to switch it up by bringing in new materials he has not worked with before; injecting his work with new and different materials and mediums is what allows each piece to take on a life of its own.

Larson’s work is ever changing, because he always goes back and tries to make his pieces better even after they have been displayed. Its this sense of constant improvement that yields amazing results.

“I think, in that regard, they lend themselves to be something better then my idea.” Said Larson. “Through the mistake, or through the craftsmanship, or through the challenges. So right now I’m already thinking of how I can make them better.”

Dog Jokes opens July 3rd from 7-9 at the ADA gallery and will can be seen throughout the month of July.