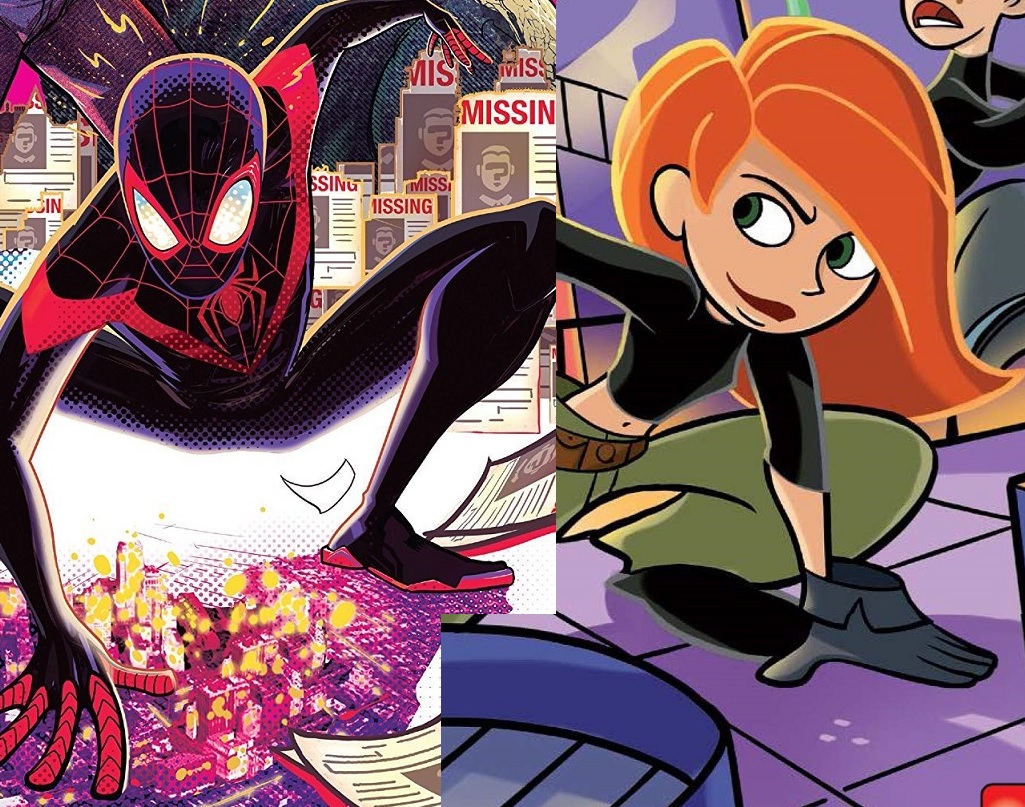 Welcome back, comic fans of the River City! Welcome to RVA Comic X-Change, Issue Lucky Number Thirteen! Only good things come in a baker’s dozen, and we’re just one of them.

This week we’ve got a good handful of goodies just for you coming out in the next two weeks. We’ve got some feminism for you, some romance, and because I can not think about anything other than Captain Marvel and Avengers: Endgame right now, naturally I have some good Marvel goodness to tide us over. Fasten your capes, grab your beverage of choice, and let’s dive on in.

Lumberjanes is one of those series that I had heard about for awhile, but never got the chance to check out until now. Following the story of five girls spending the summer at a scout camp, strange creatures and the supernatural pop out at every turn. Naturally.

Yes, you read that correctly. John Green of Young Adult novel fame, author of Paper Towns and The Fault in Our Stars among others, dug his meaty grips in on this classic series. Following the adventures of the Disney Channel heroine, this one finds Kim Possible and Ron Stoppable bringing Rufus the naked mole rat with them as they jump into the comic world.

With Avengers: Endgame in just over two months, I’m digging my hands into everything. This week the Avengers go toe to toe with Greek mythology as they battle Nyx, Queen of the Night. However Hawkeye’s fate lies conveniently in her hands.

Black Widow #2 by Jen and Sylvia Soska and Flaviano

My favorite Avenger has yet another series in time for the penultimate MCU film of this current arc. Color me blessed. Natasha Romanoff walks into nothing but trouble in part two of this five-part series.

Are you a love story junkie who knows Valentine’s Day is never enough for you? Samesies. Lucky for us, Marvel has us covered with a new anthology series asking, amongst other questions, can robots fall in love? Well, can they, Marvel? Can they?

Did you also leave your theater’s showing of Spider-Man: Into the Spiderverse with an intense desire to scoop up any comics featuring Miles Morales? Um, duh — of course you did. Lucky for you, so did I. Miles finds himself in some Scooby Doo-esque hijinks this week, but lo and behold, who is our convenient guest star this week? Captain America, you say? Ah, yeah.

Ant-Man is the most underappreciated of the MCU film franchises, and I won’t rest until Luis has his own comic series. In the meantime, Nadia Van Dyne (daughter of Hank Pym, but not Janet Van Dyne… hmm) has a pretty solid series of her own to tide me over. Just when she thinks she has hit the rockiest of bottoms, it gets worse. She finds out she and her father have more in common than she realized. Awkward.

So many good things to tide us over until Brie Larson dones the red, blue, and gold for Captain Marvel in only seventeen days. And there’s only sixty-six days until we find out what happened to our beloved meddling kids in Avengers: Endgame. But who’s counting? (Me. I am.)