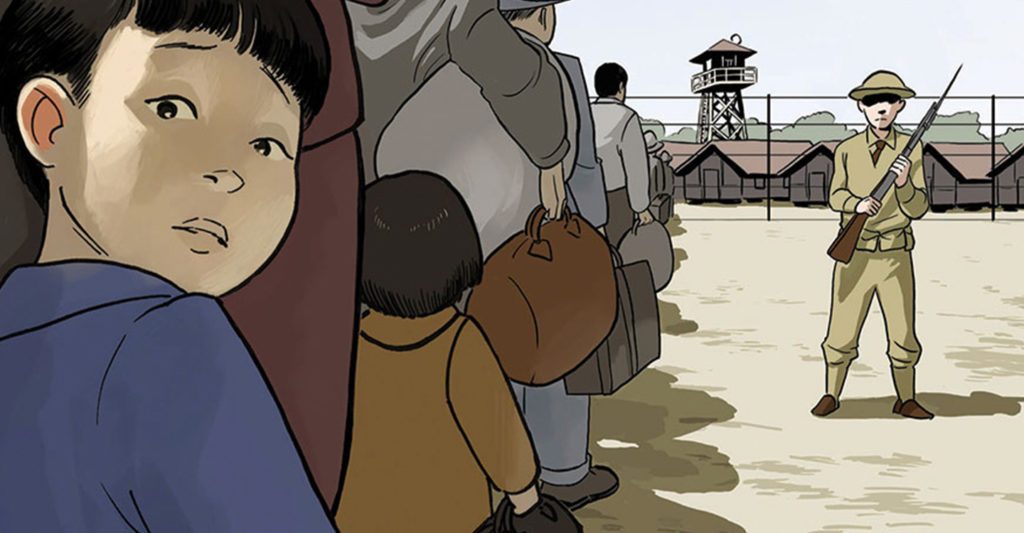 Good afternoon, comics fans! The summer is almost halfway through and it’s only getting warmer from here. With only about 45 more summer days left until September, we’re quickly running out of go-to beach reads for those long, hot days relaxing by the pipeline.

This week we met back up with local comic artist and VCU professor, Francesca Lyn (who you know best from her comic Flower Girls, with art by Sally Cantirino). Lyn had a few great picks for us to help get through July, and I’ll round out this week’s issue with the only graphic novel I’m interested in this week — from Sulu himself, Mr. George Takei.

Grab your sunscreen and your seltzer flavor of choice. Let’s hop on in.

Based on creator Ebony Flowers’s doctoral dissertation and her own experiences, Hot Comb looks at hair care in black communities, the shared experiences black women have growing up, and the way they relate to their hair, whether metaphorically or otherwise. Flowers, who also illustrated the graphic novel, opens with the story of receiving her first relaxer, and the various events that happen around that singular event, among others.

Kobabe, who uses e/em/eir pronouns, tells eir life story from adolescence to finding eir identity, bonding over erotic fanfiction with eir peers, coming out to family and friends, and ultimately how violating being on the receiving end of a pap smear can feel (Answer: A lot). Comics featuring non-binary characters are few and far between in general, let alone one that is this intimate and focused on one person’s journey. What is gender identity? What is gender fluidity? These are the questions we ask ourselves daily, and it never hurts to have someone willing to help sort it out through their own coming of age stories.

George Takei has hardly been mum about the issues currently being faced at the border with immigrant detention centers, especially in regards to children. Now with news about the locations of ICE centers around the country popping up more readily with information, it is all the more important to listen to our elders — elders who have survived similar horrors, which my generation swore up and down would never happen again.

We never thought we would be the generation to see concentration camps return, and yet here we are.

George Takei is renowned around the world not only for his acting and comedy prowess, but as Captain Hikaru Sulu in the Star Trek franchise. He is world famous, and he is using his fame to shut down misconceptions about the detention centers along the border, which are being allowed to treat children in dehumanizing conditions, in any way he can.

Cages. They are keeping children in cages.

“I know what concentration camps are,” Takei tweeted last month. “I was inside two of them, in America. And yes, we are operating such camps again.”

Today, July 16th, 2019, marks the release of his graphic novel, They Called Us Enemy, which he wrote with Justin Eisinger and Steven Scott, and features illustrations by Harmony Becker. “Enemy” is told from Takei’s point of view as he recalls his childhood beginning in 1942 when, at only five years old, he was forced with his family to the Santa Anita racetrack, before being tagged and relocated again.

Takei’s Enemy follows in the similar traditions of March by Congressman John Lewis, and Maus by Art Spiegelman, graphic novels that recalled similar personal experiences from important moments in history. Lewis’s March recalled his time during the civil rights movement and the Selma to Montgomery march, while Maus is Spiegelman’s father’s story of his experiences in the Holocaust.

There is no way to come back from this heavy of a comics column, friends, but I think we can all agree that Enemy is one of the most important graphic novels you can read right now. Comics have always been political (See: Superman), and they always will be. Comics allow us to not only make a statement against what is going on in the world (See: Marvel’s Civil War), but how we wish things could be and know they should be.

Anyone who doesn’t see that comics are inherently political has the privilege of not needing to pay attention.

See you next week, comic fans.

Happiest of holidays, comic fans! Welcome to this week’s issue of your RVA Comics X-Change, and the final issue of 2019, featuring our... READ MORE

In this edition of RVA Comics X-Change, our own Ash Griffith tackles the burning question on everyone's minds: Is Iron Man 3 a Christmas... READ MORE

Happiest of holidays, comic fans! Welcome to this week’s issue of your RVA Comics X-Change, and the final issue of 2019, featuring our... READ MORE

In this edition of RVA Comics X-Change, our own Ash Griffith tackles the burning question on everyone's minds: Is Iron Man 3 a Christmas... READ MORE