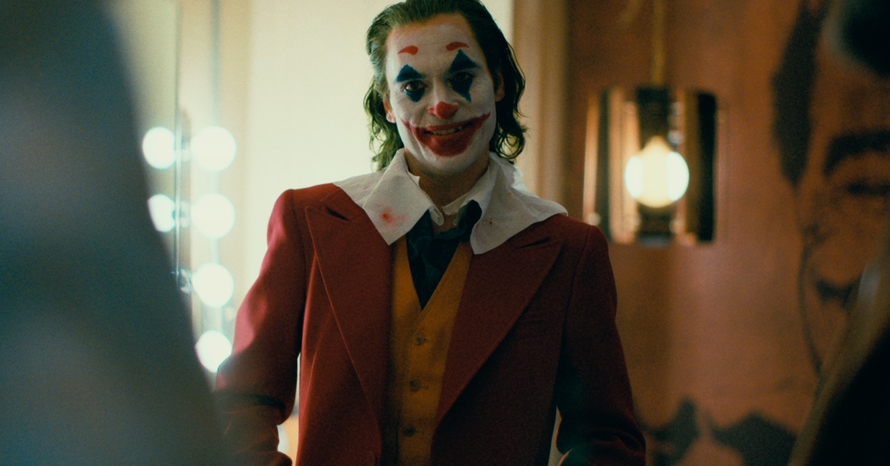 Happiest of Tuesdays, comic fans! Welcome to issue number twenty-eight of your biweekly comic exchange in what is only the best and spookiest month of the year. I have some good old-fashioned Halloween-flavored news for you. After that, our good friends down the block at Velocity Comics have some hearty recommendations for you this week that cover the gamut, including one from a (neighboring) hometown hero.

Grab your candy of choice, and grab your favorite blanket. Not only is it finally chilly in the River City, it’s time for comics. Dig on in, friends.

This past week the newest cinematic dive into the DC Universe was released in the form of The Joker’s origin story in Joker, starring Joaquin Phoenix. The film is one of DC’s most divisive film releases yet – from a rave review in The Observer to a borderline critical score of 69% on Rotten Tomatoes to polarizing reviews all over the internet, Joker is already a film with no middle ground.

You’re really going to love it, or you’re going to really hate it.

Phoenix portrays Arthur Fleck, a failed stand-up comedian in the 1970s, who falls into a quickly spiraling decline to madness and crime as he becomes the titular Joker of Gotham City. Refusing to acknowledge that he just isn’t cut out for comedy, he decides to go for a life of crime instead, and apparently, if you believe reviews, decides to go into a weird rendition of Taxi Driver. Moral of the story: Maybe comedy just isn’t for everyone – even Batman’s favorite frenemy who could never take a hint.

Fellow Evil Dead fans – dust off your chainsaws, because Sam Raimi has teased that he is giving us more. The only catch is that it might be without Bruce Campbell’s beloved Ash, at least not on screen..

No word yet on any further details, aside from the fact that Campbell is set to produce, but needless to say, if he’s involved – even backstage – it will not disappoint.

And now, on to the comics! We’re finally getting chilly and seasonally appropriate down in Richmond, and we could not be more excited. Nothing says fall like cool air and a good read, and luckily for us, our good friends over at Velocity Comics have some page turners to keep us warm and cozy while the leaves fall around us.

“Marvel’s original bad guy gets his own ongoing series for the first time, and he gets thrown in the deep end as he’s accused of an act of terror he didn’t commit,” said owner Patrick Godfrey.  “Writer Christopher Cantwell has been dazzling the comic biz for the last few years with his creator-owned titles She Could Fly and Everything, and the layered complexity of his plotting is perfectly suited to this Monarch/Villain/Sorcerer/Scientist. It’s gonna be good!”

The Batman’s Grave #1, by Warren Ellis and Bryan Hitch

“About 20 years ago, writer Warren Ellis and artist Bryan Hitch teamed up to create The Authority, a superhero team book that changed the direction of comics forever,” said Godfrey.  “Here they reunite for a 12-part series starring everyone’s favorite orphan (sorry, Annie) confronting the notion of his own mortality. Sounds fun!”

“Craig Thompson puts out comic work every 6-8 years or so, and every time he does the accolades and awards almost bury him alive,” said Godfrey. “The guy’s a master brush n’ inker, and is also pretty good at making you feel sad and stuff. Ginseng Roots is an autobiographical look back at Thompson’s childhood, when he and his brother worked on a farm harvesting ginseng. I’d expect some whimsy  with a side of existential dread, sprinkled with familial dysfunction.”

“One of the past decade’s cartoon phenomenons [Steven Universe] was created by Rebecca Sugar,” said Godfrey. “[She] grew up just north of NoVA… and before she became a beloved animation showrunner, she did some comics! This is a new printing of an old favorite that has been very, very hard to get one’s hands on until this week. A pug-headed space hero fights evil aliens with his sensitive partner named Blouse. And for the first time ever: it’s all in color!”

“Learn about the prestigious Beacon Academy, training the next generation of monster hunters,” said Godfrey. “This one follows the adventures of a tight-knit team of students as they try to protect their world. Tying in with the hit Rooster Teeth series! I’m 48 so I don’t know what that means. But this looks cool!”

The Hard Tomorrow, by Eleanor Davis

“Eleanor Davis is for sure one of the premier cartoonists working today,” said Godfrey. “Her work mines delicate territory with depth and humor, and her experimental linework never fails to connect. Here she explores the ups and downs of a couple in their 30s grappling with the realities of relationships, aging, and surviving in the current world.”

That wraps it up for us this week, comic friends. Tell us: what are you cozied up with this week? Did you see Joker? Was it everything you wanted Taxi Driver to be?