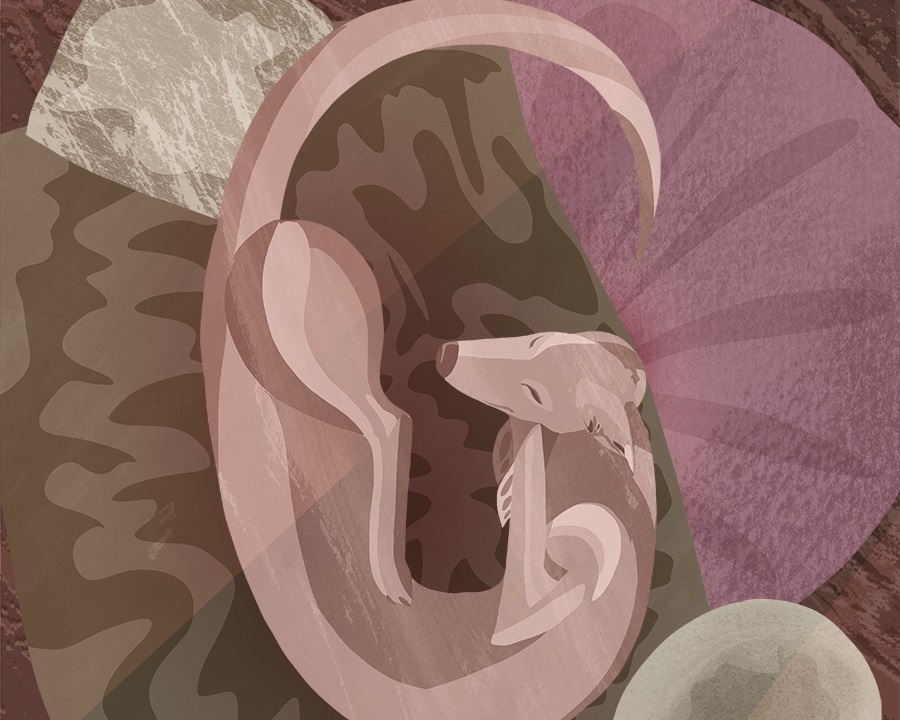 Happiest of Wednesdays, comic fans! Welcome back to your favorite bi-weekly update on everyone that is up and coming and needs to be celebrated in the land of comics, in Richmond and beyond.

This week, not only did I bring you more news in the land of pop culture — there’s a comic-con museum afoot? — but we also bring a new comic illustrator to the column.

This week we’re talking to Olivia Commini, who is an illustrator based in New Jersey, sequestered comfortably between New York City and Philadelphia. She works with digital collage and traditional media to create more otherworldly elements in her work. She got into comics the way a lot of us did, through a good old manga in her high school days, before studying illustration in college.

What’s up next for Commini? Apparently a gritty true story.

“At the moment I’m working on a true story about a dangerous black bear [they saw] on a walk,” said Commini. “I’m also working on a small comic about my grandfather, which will come with a pin. Its about how we said goodbye.”

As far as recommendations go, Commini has four to keep us interested — especially if you’re a podcast fan.

“It’s exciting when you see things change as the fandom evolves,” said Commini. The series features the podcasting McElroy family (of My Brother, My Brother & Me and the Adventure Zone podcast) entering the realm of a real Dungeons and Dragons game, and following the way it evolves.

The Prince and the Dressmaker, by Jen Wang

“The art and story are so beautiful!” said Commini. Paris at the dawn of the modern age brings us a prince whose parents want him to find a wife. However, he’s a little more concerned that no one find out about his secret life.

Currently the subject of a Kickstarter campaign to bring the third volume of this webcomic into print, the series follows a secretary named Rose who is captured by aliens without emotions. Luckily she catches the attention of an alien named Hue who infiltrates her life. Shenanigans!

Dirty Diamonds: An All Girl Comic Anthology, by Various creators

This anthology series is also currently engaged in a Kickstarter campaign to bring its 10th and final issue to print. It features comics from various women artists and authors. Commini was actually featured in Book #9: Being.

In comics news — apparently there is a Comic-Con Museum?

The Comic-Con Museum recently filled the role of curator with that of Gary Sassaman. Not only will his role facilitate the duties related to the museum itself but it will also make him the figurehead of Comic-Con International. Sassaman, however, has been with the organization for the last twenty years, so this should just be old hat to him.

“Adam [Smith, the previous curator]’s role was to recruit talent to get the museum off the ground and to establish a master plan to make the museum a reality,” Chief Communications and Strategy Officer for Comic-Con International David Glanzer told The San Diego Union-Tribune. “While we are currently focused on fundraising and implementing that plan, Gary will be able to focus on establishing exhibitions, programs, special events, family activities, educational experiences and so much more.”

Their focus now is mostly on fundraising, with no future programming planned as yet. Still — exciting!

Issue a quick moment of silence for that one friend who is a huge Howard the Duck fan. The series that was initially greenlit by streaming service Hulu has been canned before it ever got off the ground.

The would-be animated series, which would have been directed and produced by View Askew King Kevin Smith was cut on January 22nd — via text, according to Smith.

“I got a text from [fellow executive producer] Dave Willis in the morning saying, ‘We got Tigra and Dazzler’d,’” Smith told Newsarama.com. “I called him and asked ‘Is that what I think that means?’ And Dave said he had just got the word that there will be no Howard the Duck show. The only explanation was ‘We have no plans for this character at this time’.”

Howard the Duck has always had an oddly supportive fanbase (apparently if you read the original comics, it makes sense), but this time that may not have been quite enough. While there is always the possibility of a return for the Gilbert Gottfried of comics, for now fans will have to make do with random cameos in the Marvel Cinematic Universe.

Once again Obi-Wan Kenobi continues to be the Star Wars character that can’t catch a break.

First Anakin joins the Sith instead of destroying them, now his origin series is on hold – again. Allegedly the scripts for the series were not up to current Lucasfilm President Kathleen Kennedy’s standards, leading her to send them back to the writer’s room to be reworked.

While at this time production is still scheduled for around summer, no official date has been announced, nor an estimate of the premiere date for the series itself.

That does it for us this week, comic fans. Tell us what comics are you reading and looking forward to? Until next time!