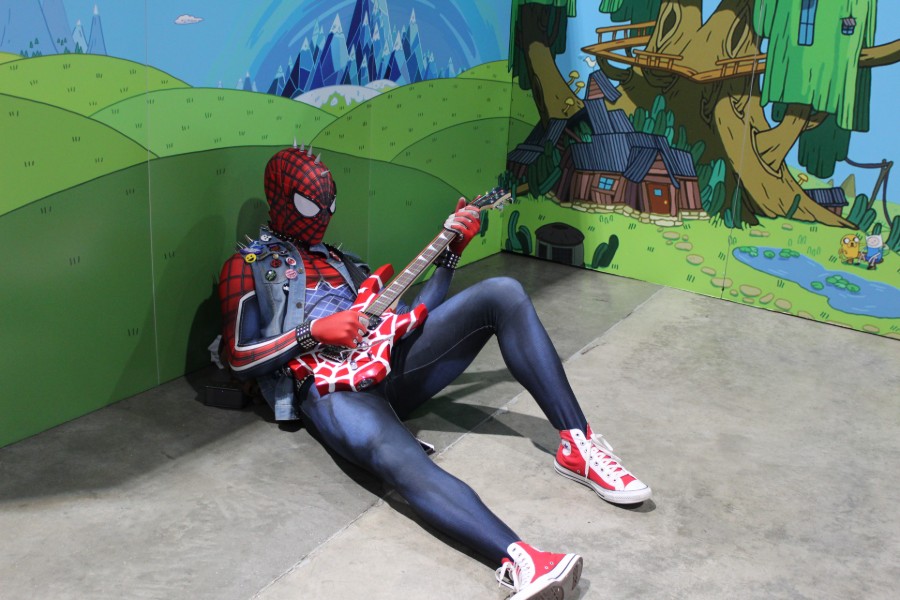 Happiest of Tuesdays, comic fans! Welcome back to your Richmond Comics X-Change: GalaxyCon 2020 Preview Edition. This week we see the opening of GalaxyCon in Richmond, and for year two, we are going to get you prepared just in time to meet all of your favorite actors, comic book authors, and — for the auto nerds out there — even a few of your favorite sci-fi and fantasy vehicles that will be in attendance this year, as well.

February 28th marks not only the opening of GalaxyCon’s Richmond dates, but the second year of GalaxyCon making its appearance in the River City. GalaxyCon has been a gem for central Virginia for many reasons, but undeniably because of the guests. GalaxyCon has brought in a variety of people from various films, television series, comics, and even anime that fans in Virginia otherwise would not have a chance to encounter without traveling quite a distance.

As we inch ever closer to the big event, we at RVA Magazine have compiled a to-do list of comics we recommend you check out before this weekend — or if time is not your friend, in some cases a film or two — just to catch you up to speed. While this is by no means a complete list of all of the guests in attendance, it should be sufficient enough to have you ready to walk in to the convention center to take on anything. Let’s dive in.

Only in Gotham City can a prestigious prep school for the elite be so much more, and so much weirder than it looks. Gotham Academy is a monthly teen drama featuring occasional appearances by, naturally, Bruce Wayne (who is a benefactor of the school) and many secret ties to old Gotham. Cloonan will be in attendance at this weekend’s festivities and is best known as, among other things, the first woman to draw Batman for DC comics.

Smith didn’t just manage to catch lightning in a bottle when he created the iconic comedy Clerks, he dumped it all over the place in what resulted in the View Askewniverse franchise (named after his production company, View Askew, which he owns with longtime friend and business partner Scott Mosier). As the story goes, one of the ways Smith financed the production of the film was by selling off his comic book collection; in the end, it only makes sense that his magnum opus received the comics treatment as well. The series features the ongoing stories of the main characters from the film — Dante Hicks, Randal Graves, Jay, and Silent Bob (snootch). Brian O’Halloran, Jeff Anderson, and Jason Mewes (who played Dante, Randal, and Jay respectively) will all be in attendance this weekend along with Shannon Elizabeth (who was in Jay and Silent Bob Strike Back as Justice, Jay’s love interest).
Related Film Recommendation: Clerks (of course), and Jay and Silent Bob Reboot.

The Green Lantern seems to have it all. He’s a member of the Justice League, and he’s the heir to the greatest weapon in the universe: the iconic Green Lantern ring. The problem? It looks like his girlfriend is in love with a normie who is about to become the most powerful villain he has ever faced. Awkward. One of writer Christopher Priest’s claims to fame is as the first African American editor in mainstream comics. The heroes he has helped shape besides Green Lantern include Black Panther and Deathstroke. Priest will be in attendance this weekend.
Related Film Recommendation: Black Panther (Let’s forget that the Ryan Reynolds Green Lantern flick ever happened).

Shaw, who is a Richmond native and will be making an appearance at GalaxyCon this weekend, makes his own twists and impressions on the classic mystery story by reimagining it as a psychological drama. Spoiler: It’s always Colonel Mustard. Always.

From the comedy to the tragedy, cartoonist Emi Lenox, who will be there this weekend, drops her diary in graphics to the world. Originally starting out as a web comic, Emitown was eventually picked up by Image Publishing for publication.

This iconic series needs no introduction. Originally introduced in 2003 and unexpectedly ending in July 2019, the beloved comic spawned a long-running series on AMC of the same name. GalaxyCon guest Michael Rooker played Merle Dixon (brother to Daryl) in the first three seasons of the series before meeting his demise.
Related Television Recommendation: The Walking Dead, of course.

The king of quirk and Hot Topic t-shirt sales, Invader Zim, is back in the last few years in the form of a comic series, though #50 will be the last before a quarterly series begins. Originally beginning as a cartoon on Nickelodeon in 2001, the show followed the misadventures of an alien named Zim looking for world domination with the help (or lack thereof) from his robot sidekick, Gir. The show was ended after two seasons, but revived in 2015 as a comic. Voice actors Richard Horvitz and Ricki Simmons (Zim and Gir respectively) will be there to fill the doom-shaped hole in your heart.
Related Television Recommendation: Invader Zim

Guardians of the Galaxy Vol. 1: The Final Gauntlet, by Donny Cates and Geoff Shaw

Starlord is back, the world is on fire, and Thanos is finally dead…. Kind of? Fans of the popular films will be sure to enjoy digging deeper into the universe with our favorite 80s songbird, Peter Quill, and his friends. Sean Gunn is best known as Kraglin in the series, and will be in attendance this weekend.
Related Film Recommendation: Avengers: Endgame

In this retelling of the classic Superman mythos, our favorite hero battles Bizarro and Zibarro Superman and tackles the revenge of Lex Luthor, amongst other tales. Superman is one of the most retold stories in comics history, with one of the best interpretations undeniably being the television series, Smallville. Starring Tom Welling and Michael Rosenbaum (who will both be in attendance) as Clark and Lex respectively, the series watches the man of steel grow as a teenager and all of the pitfalls that entails.
Related Television Recommendation: Smallville

In a tale as old as time, even Disney princesses get the comics treatment. While the princesses have always had their own comics, Mebberson’s touch is quirky, fun, and dressed in adorable artwork. While Mebberson will not be in attendance this weekend, we can do you three better. Linda Larkin, Scott Weinger, and Gilbert Gottfried (Princess Jasmine, Aladdin, and Iago respectively) will all be there to answer your questions about a whole new world with you.
Film Recommendation: Aladdin (2019) – While the Disney remakes are a hot topic, this new take on the classic tale starring Will Smith brings its own touch to the classic animated film that can’t be missed.

That does it for us this week, comic fans. We leave you today with plenty of homework ahead of you, but much like us, we bet you’re counting down the minutes until the doors open at the Greater Richmond Convention Center on Friday at noon. We’ll hopefully see you this weekend at the convention! Otherwise, until next time, comic fans.