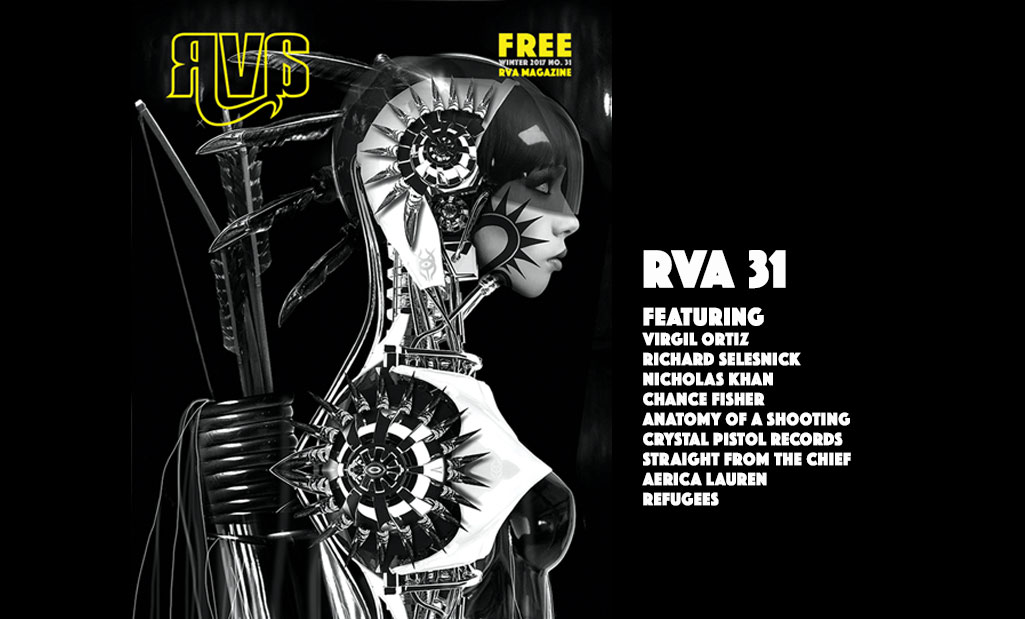 RVA Magazine expands our coverage and reach in our 31st issue, doubling down on our winning formula of culture and politics. We bring unique perspectives and informed analyses of local and national events to the largest audience of young people in central Virginia and throughout the Commonwealth. We’ve been at the forefront of the governor’s race, the battle over monuments in Virginia, and our music and arts writers are finding the stories behind the best performers and creatives in the region.

From staff writer Madelyne Ashworth, we have a minute-by-minute account of the witnesses to a tragic double-killing in Shockoe Bottom this October. As a companion piece, we offer the perspective of Richmond’s police chief, Alfred Durham, on crime and policing in the River City.

Photographer Jason Lappa and our Editorial Director, Landon Shroder, tell an under-reported story in our own backyard with Refugee, about the Congolese families who relocated to suburban Henrico. It’s part of our focus on bringing stories from people who are often overlooked. To that end, we also have a short prose work from Abu al-Sayyab, an Iraqi journalist who fled political and sectarian violence to come to Richmond, about growing up amid constant war.

Hip-Hop Henry of the Cheats Movement profiles local rap star Chance Fischer, his upcoming EP, and his evolution as an artist, and Davy Jones sits down with indie label Crystal Pistol Records to find out how they keep the dream alive. Our last music piece is a profile on Aerica Lauren, singer/songwriter, from our partner publication, GayRVA.

For the back page, we have an end of the year address from Rev Yearwood of the Hip Hop Caucus, Hope for 2018! on the role that he hopes young people will continue to play in politics next year.

In addition to our hard-hitting journalism and original reporting, we also have our reader favorite craft beer news, restaurant updates, fashion blurbs, and the latest singles and albums in RVA #31. Our winter issue is on stands now, bringing a little warmth to life in the city.