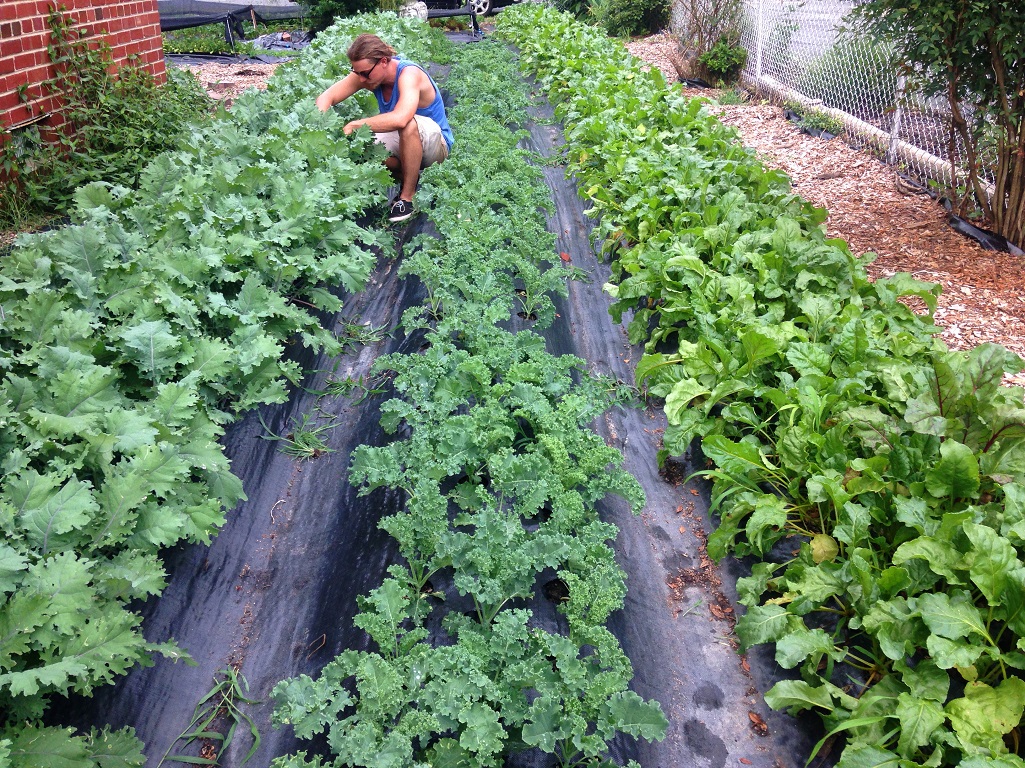 The story of two Richmond area farms, Leafy Lanes and Three Fox Farms, teaming up to get produce delivered to doorsteps all over Central Virginia via a new app called CropSwap.

One morning, after 10 years of farming in Richmond, Three Fox Farms founder Alex Kling found himself sitting on an entire plot of crops with nowhere to sell. As restaurants and farmers markets – farmers’ traditional main source of income – suddenly shut down during the COVID-19 pandemic, farmers faced a new challenge: How do you get your products to the consumers if the middleman is missing?

For two farmers in Richmond, the answer was found in collaboration. When Brad and Nota Heath of Leafy Lanes Urban Farms heard about Kling’s situation back in March, they decided to team up with him and build a home delivery model that focused solely on direct-to-consumer sales.

Almost immediately, the collaboration was a success: their clientele expanded and sales exploded.

The pair first built a CSA (Community Supported Agriculture) program. This system allows consumers to buy local, seasonal food directly from a farmer. They then transitioned onto a new app, CropSwap, which allowed them to automate direct sales. Just like apps such as Uber or Lyft, this farm-to-phone app allows consumers to connect with local farms and order produce that is delivered within 12 hours of being harvested.

Despite the fallout caused by the pandemic, this new model allowed both farms to thrive and have one of their strongest seasons in 2020. For the first time since starting his farm, Kling was able to finally invest back into his farm – bringing in new hoop houses and a walk-in cooler.

The idea for CropSwap was born three years ago, when Rob Reiner, founder and CEO of the app, witnessed the extent of food insecurity and the lack of access to organic and healthy foods for low income communities.

While he initially planned to launch a “Craigslist for produce” website, Reiner was surprised to find out how much help farmers really needed. He shifted his model to bring tools to farmers to help them market their farms as brands and transition their business online as easily as possible.

“That’s all I wanted to create, just a way to empower farmers to control their own businesses, “ Reiner said. “Instead of having them list individual products, things like that, we decided, like, ‘You guys are going to create a box.’ And whatever a farmer curates in this box, much like a CSA, is what somebody is going to take home every single week, or every single month, or bi-weekly, etc.”

With the onset of the pandemic, that model went from being efficient to necessary. Overnight, grocery store shelves were emptied as the nation’s food supply chain struggled to cope with consumers stockpiling. COVID-19 highlighted a flaw in our food industry, Reiner explains, a flaw a CSA or CropSwap could easily address. It isn’t so much about whether farms will transition online anymore, Reiner says, but when.

“If you’re subscribed to your local grower, a catastrophe could happen, [the] internet could go down, you’re still going to get your box on a weekly basis,” Reiner said. “If you just rely on grocery stores… they’re not going to have the right produce and things. So COVID was a silver lining for people to start waking up, to clearly see that how we’re doing food right now just does not work. And that we need to change it.”

For years, Kling used to joke that if the end of the world came, farmers would become important because there aren’t many left around. Once the pandemic came, that vision became reality, as people struggling to find fresh produce started paying attention to farms again.

“It was like, ‘Oh crap, that was actually kind of real,” said Kling. “It really hit me … in the middle of last season; [I] was just like, ‘Wow, we’re feeding around 45 households a week during a pandemic.’ That’s what really kept me going.”

Among these households was that of Kerry Ayers, a loyal customer of Leafy Lanes. As soon as Leafy Lanes started delivering a bag filled with fresh produce to her doorstep, it was a no-brainer for Ayers. She stopped buying produce at the grocery store.

“There’s just so much care into not only what they’re selecting, but how they’re growing it and how they’re harvesting it,” Ayers said. “It just makes you feel good about what you’re actually eating.”

Brad Heath, who aspires to be the “Willy Wonka of gardening,” likes to play around with the produce he grows, and he always tries new and exotic seeds – allowing his customers to truly eat the rainbow. Despite past efforts, Ayers said that her attempts to grow produce never turn out quite as good as the ones she receives from Leafy Lanes.

That first week of subscribing, for $20, Ayers received bok choi, beets, eggs, swiss chard, sweet potatoes, greens, and sprouts on her doorstep. After reciting this list, she paused to think. “Oh, and the most beautiful leeks!” she added.

Reiner will soon take CropSwap a step further, he says, offering full food transparency by allowing customers to track their produce and receive notifications when their food is being planted, harvested, and sent out for delivery.

Little hubs where CropSwap is bubbling and blowing up are already forming around the country, Heath says, and Richmond is one of those. Multiple local farmers are joining the app.

“The race is on now to start aligning farms to realize, ‘Hey, guys, this isn’t about competing against farmers anymore. This is about farmers coming together to compete against Amazon, to compete against the bigger corporations that are trying to take control of our food system,’” Reiner said. “Local farms will not exist in the future if we don’t do something to empower them and decentralize them.”

Top Photo: Brad Heath founded Leafy Lanes with his wife Nota in 2016. He had one goal in mind: make the world a better place by choosing to live a life dedicated to nature, his local community and Mother Earth. Photo via Leafy Lanes Urban Farms. 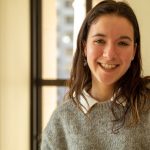