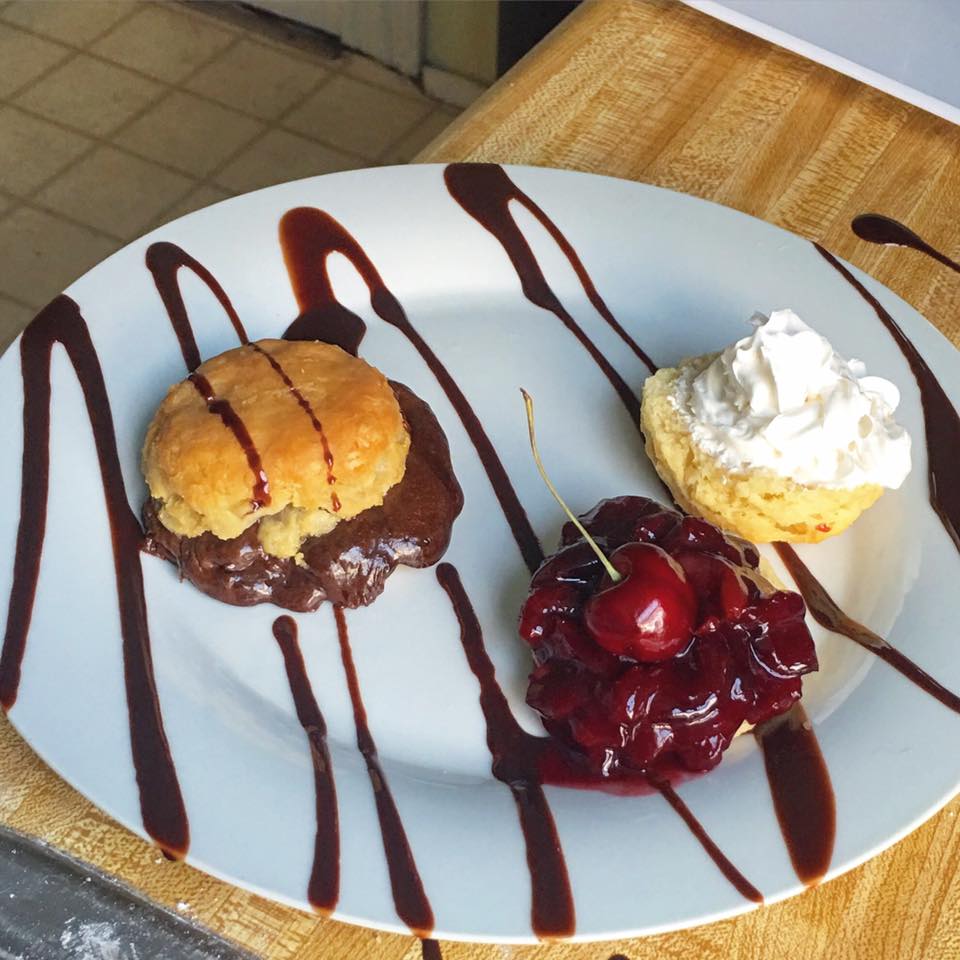 Gravy-smothered, topped with something whipped and sweet, or TV-show inspired, George Geanuracos is hoping to take the RVA vegan biscuit game by storm with his startup, Mind Yr Own Biscuits.

Gravy-smothered, topped with something whipped and sweet, or TV-show inspired, George Geanuracos is hoping to take the RVA vegan biscuit game by storm with his startup, Mind Yr Own Biscuits.

The Miami transplant bakes sweet and savory biscuits and breakfast sandwiches with all vegan ingredients right in his own home in the Museum District and delivers them around town. 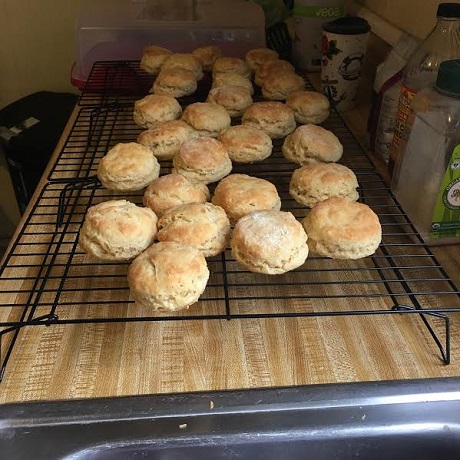 Geanuracos, who works full time for an IT company, books shows at DIY spaces and house shows in Richmond and used his baking skills as an incentive to draw in the crowds.

“I started heavily baking biscuits a year and a half ago,” he said. “It all started with friends, I was throwing folk shows, acoustic shows and I would want to get people there, and I was pretty new to town so to get people to the shows I was like, ‘there’s going to be biscuits here.’”

The young entrepreneur moved to Richmond from Miami in 2014 where the cuisine there didn’t really serve those with dietary restrictions well. 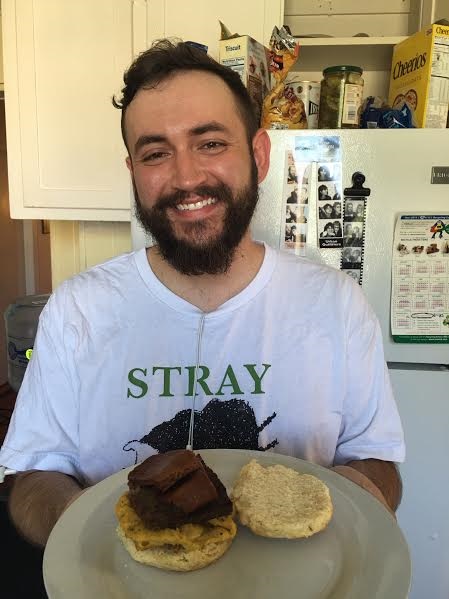 “In Miami, there’s not a lot of vegan options when you go out to eat, you have to kind of cook you can’t avoid it so I had to get pretty good at that stuff,” Geanuracos said, who’s been vegan for the last five years.

Seeing the success from there, and the market for vegan food in Richmond, Geanuracos started looking into the idea of baking biscuits more seriously.

“For a while I was making biscuits every time I had a day off,” he said. “It’d become a comfort food for me here they had vegan biscuits and gravy at Lamplighter and Harrison Street so I figured I’d set out and make my own.”

And thus, the name and idea for Mind Yr Own Biscuits was born.

While there are several other businesses solely serving up biscuits in town, such as Early Bird Biscuit Company and Fancy Biscuit in the Fan, Geanuracos’ startup will be the first of its kind here.

Now mentioning the words “vegan biscuits” together to anyone from here or the South for that matter, might conjure up some weird or confused looks, but Geanuracos said he can do any of the classics, just with some substituted ingredients.

“You have your classic biscuits and gravy, I can also do mushroom gravy,” he said.

Geanuracos has also branched out into breakfast sandwiches, one of his main goals in starting the business. Using sausage from Twin Oaks, he makes a breakfast sandwich called “The No-Hitter” which includes egg, bacon and a hint of maple, all vegan of course.

He also wanted to create a biscuit that represented where he comes from.

“I wanted to kind of pay homage to different places I really like,” he said. “I really adored the cuisine of Miami so I have a Cuban sandwich,” he said.

With this sandwich, he marinades his own Seitan, a meat substitute made out of wheat-gluten, in mojo sauce, and dresses it up with vegan Swiss cheese slices, mustard and pickles.

For those looking for more of a lunch item, the biscuit baker has created the “Rocky V,” a vegan Philly cheese steak biscuit made with seitan, green peppers, yellow onions, baby bella mushrooms, Daiya mozzarella cheese (gluten and soy-free), and vegenaise.

On the sweeter side, Geanuracos has some treats inspired by David Lynch’s 90s cult classic TV drama, Twin Peaks.

“I feel like that show fetishizes two foods really heavily, and one of those is cherry pie, so I make my own cherry pie filling and I put that on a biscuit and top it with soy whip cream,” he said.

This sweet delicious-looking confection that’s pictured at the top of the article has been dubbed “The Double R” after the diner in the show.

The other dessert (pictured on the left above) biscuit Geanuracos makes is a deep-fried biscuit with chocolate frosting in the middle and chocolate syrup called, “The Black Lodge.”

“The cops were always eating donuts,” he said.

And to keep your mouths watering, Geanuracos has a biscuit staple that will soon be featured on the menu.

“I figured out how to modify a triple dipped southern fried chicken recipe to be tofu and it’s great,” he said. “I’m using an Ardent beer to batter.”

Sourcing local where and when he can, Geanuracos uses Louisa-based Twin Oaks and vegetables from Tomten Farm in Prince Edward County, but said he’s looking to get more into that.

“I’m still trying to figure out how I could be more local because I really care about that, and one of the things I love about Richmond is how many people care about that.”

For now, Geanuracos takes orders via email and delivers them personally. Most orders are filled in a batch of nine to 11 biscuits for $15. Sandwiches he will make individually.

And while he’s maintaining a small operation for the time being, Geanuracos said he does have access to a commercial kitchen for when the business takes off and he even has plans to take it mobile.

“Within the next couple years, I would love to have an active truck,” he said. “Not only because I love the food truck scene, but my being involved in music and touring I’ve made friends all over the place…”

To place your order for biscuits, you can contact Geanuracos at [email protected]