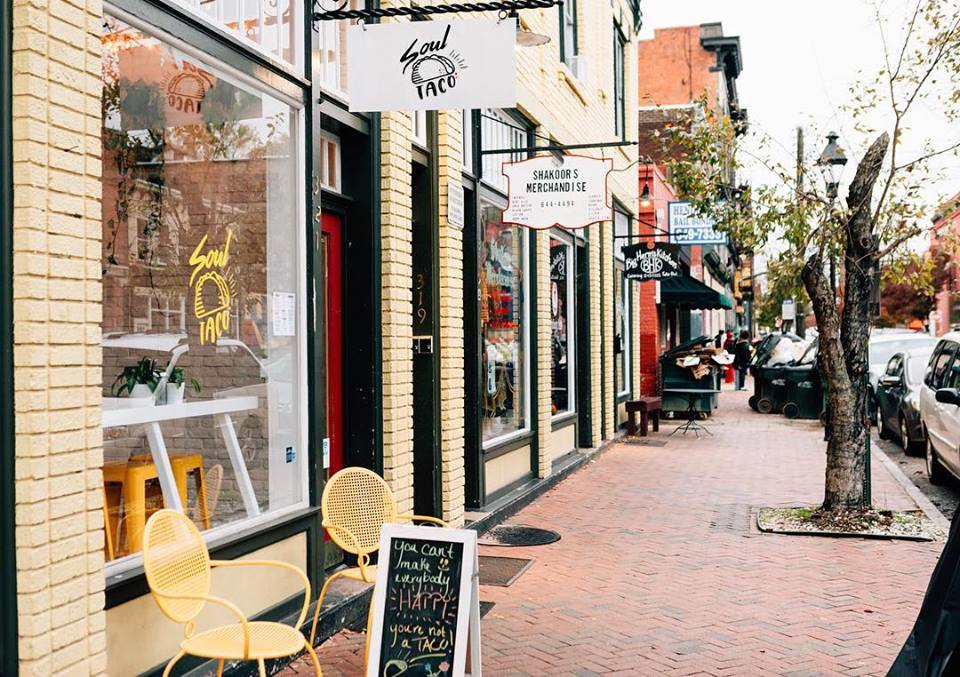 Serving Up Soul In Jackson Ward

Just a few steps from the corner of Broad Street and 2nd Street — Jackson Ward’s legendary Deuce — a local taco joint is serving up two of Richmond’s favorite food styles at their own intersection: one where Southern-style comfort food meets a Latin twist.

Soul Taco, which resides at 321 N 2nd Street, brings the convenience of a taco into the delectable, culture-rich experience of soul food seven days a week.

Shortly after its opening in late 2017, the three owners behind the restaurant — William “Trey” Owens, Nar Hovnanian, and Ari Augenbaum — saw a boom in sales as Soul Taco was named one of the “must try” restaurants in the foodie city. Earlier this summer, it rose even further when it earned the title of “Best Tacos In Virginia” from MSN. This Southern-Latin fusion is nothing short of delicious, and its roots in both cuisines is a great testament to the River City it calls home.

“Nar is from California, and owns an event planning company,” said Co-owner Trey Owens and self-proclaimed “soul of Soul Taco.” “She knows what’s coming up, what all the major trends are — what’s hot and what’s not.” And according to Hovnanian, tacos are hot.

“But we can’t do regular tacos… that’s just not in my wheelhouse,” Owens said. “That’s just not what we do. Being from here, raised by my granny, I know soul food. It just organically came about, and it was Soul Taco.”

Soul Taco specializes in authenticity. For Owens, it was deeply important to create a restaurant and space that felt accompanying to everyone who visited — but especially to the people of color within its community. Richmond has an unfortunate history of slavery and gentrification, and Owens wants to pay respects to the city’s trials, past and present, by welcoming folks of all types.

“I know that if I were to open a restaurant, I wanted to do things differently,” he said. “I want it to be a restaurant that anybody can have access to with us being in this neighborhood, which traditionally became a lower-income neighborhood. That’s why nothing on our menu is above five dollars.”

“It’s just giving fresh options, cooked-to-order, to people who otherwise may not have access to something like that,” he continued. “Nothing in our kitchen is not made from scratch: from the pico to the red cabbage slaw, to the catfish we cut and bread ourselves, and the fried chicken we batter and fry ourselves. We don’t have a microwave — we never will have a microwave. Everything is made from scratch… except the tortillas, ‘cause we just can’t figure that out yet.” Owens laughed.

It’s not just prices that sets Soul Taco apart from the assortment of taco spots in Richmond, though — it’s the way they do things.

“Now that I have a restaurant and it’s doing fairly well, it’s all about reaching back and pulling people up with me,” Owens said. “And that is in the spirit of what has happened here in Jackson Ward specifically, because you have people like Maggie Walker, like Bill ‘Bojangles’ Robinson. You have so many movers and shakers in this community that were able to make strides when it was illegal for them to cross Broad Street.”

“I have the opportunity to give back in small ways, like doing a tip-share with the front and back of the house. That allows me to pay people more in an industry that, otherwise, does not pay people very well. When they announced us as the best tacos in the state, our business went up — and so did the tips. It almost made it to the point where they were making $18-19 per hour.”

The boom in business allowed Owens to foster the growth of the people in his industry who, if they worked elsewhere, probably would have fallen out of love with it. He didn’t want to see people go on to do something else that they’d hate.

Of all the different options Soul Taco has for customers, the fried chicken taco is the most popular on its menu. Other crowd favorites are recipes like the catfish taco, or the root-beer-raised Oxtail taco.

They’ve seen such a great amount of business that Soul Taco is already opening up a second location, at 1215 E Main Street — this time equipped with a full bar.

If you live in Richmond and you appreciate a good taco or Southern-style cooking, Soul Taco is a must-try… it just is. 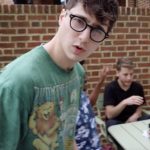