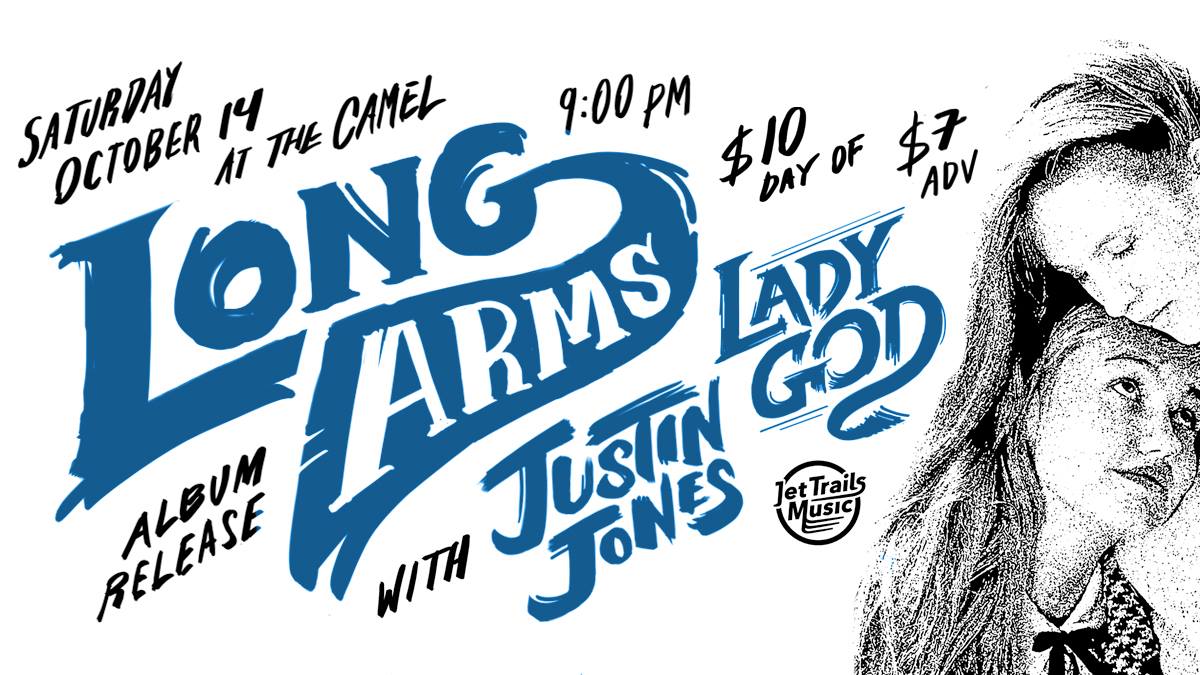 This is the second local release party Jet Trails Music has brought to us this week (they were also behind the Sammi Lanzetta one, I should probably have mentioned that at the time but I write these really fast), and it’s just as big a hit as the first one. The new Long Arms LP, Young Life, sees veteran local songwriter James Menefee continuing to hone his craft, for some fine results. If his revived teenage project, Fun Size, is the band where he indulges in his love for Jawbreaker and Gameface, then it’s Long Arms that get all his Springsteen and Westerberg tendencies. So yeah, this is a slightly different flavor, musically speaking, but the taste is just as sweet.

And straight up, the new Long Arms is sweet as hell. It mingles mid-period Replacements vibes with some early alt-country sounds that make me think of prime early Jayhawks tunes, and maybe even the first couple Son Volt albums. If you’re as into that as I am (and if you’re not, you should be), this is the release party for you! Early copies of the Young Life LP will be available, too, so bring some extra cash, because this’ll be your only chance to get it before the November release date. Psychedelic alt-rockers Ladygod open up, and with their own LP growing very near on the horizon, this is a good chance to learn just what you’re in for from this hazy crew of tunesters. Folk-blues troubadour Justin Jones gets things started off on a smooth note. Get there.